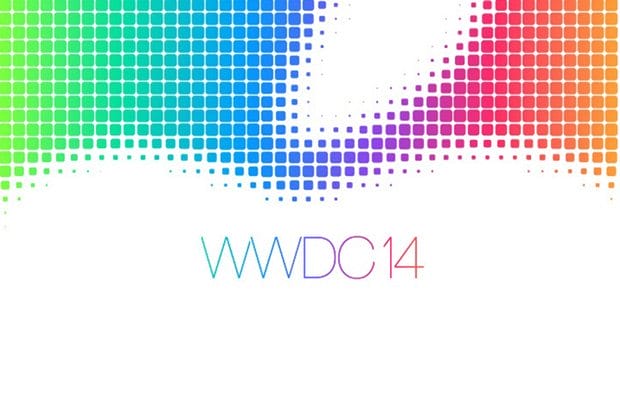 Apple has just announced a wide variety or upgrades to iOS and Mac OS X at its yearly developers conference WWDC.

Let’s take a closer look at what updates, improvements and features have been announced: 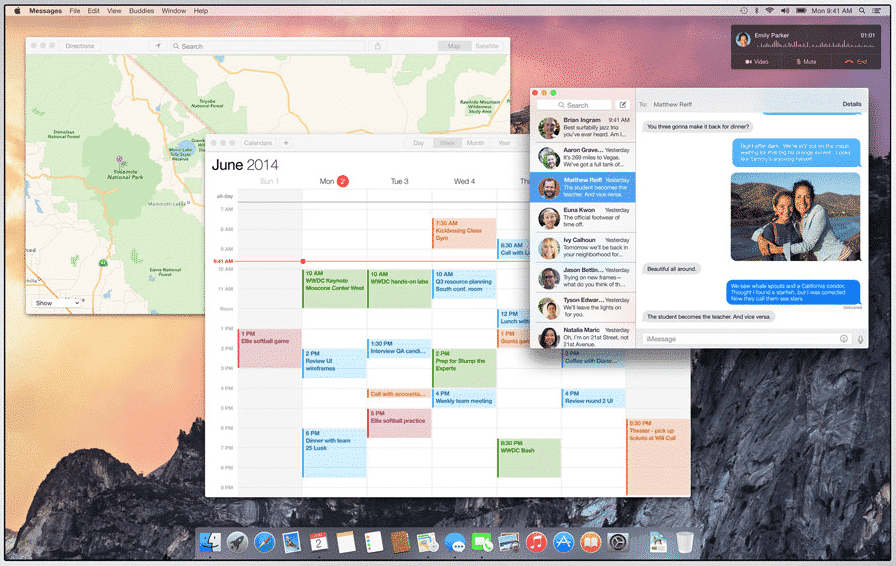 Apple’s desktop OS has received quite a lot of great upgrades this year. The main idea behind most of those is bringing it closer to iOS, making both work together on a higher level, rather than being just two complimentary platforms.

The new OS X will arrive in the Fall of 2014 and will be available for free. However, you can sign-up for a public Beta preview of OS X Yosemite, giving you early access to the brand new OS.

The new OS X Yosemite looks a lot more like iOS now, confirming the fact that Apple wants to bring its two operating systems closer together. Don’t worry, there will be no learning curve whatsoever. The new design looks much cleaner and simpler, with sharper edges and flat icon- and UI design.

The window UI color now also adjusts based on the user’s background or the window’s content.

This feature is one of the reasons I actually consider going back to iOS. With “Continuity” Apple makes transitioning between your Mac and iOS device(s) as easy as possible, giving you the opportunity to pick up doing what you were doing on your iOS device right on your Mac and vice versa. For example, if you were to start writing an email on your iPhone you can now continue writing this email on your Mac with just one click of a button. Same goes for browsing and much more.

You can now also make & receive calls right on your Mac if your iPhone is connected via Bluetooth. Even if your phone starts ringing in another room, you will be able to take the call on your Mac.

If you really need WiFi but there’s no hotspot around, just connect to your iPhone via Bluetooth and it will set up a wireless hotspot without even touching the iPhone or changing any settings.

Let’s quickly run over all the other improvements and announcements:

You can now interact with the individual notifications in the Notification Center, such as answering an SMS or increasing your current bid on Ebay. Apple will allow third-party apps to develop its own widgets for iOS Notifications.

Apple’s native iOS keyboard got a huge revamp, making it look and feel a lot like SwiftKey. However, you can now install third-party keyboard apps from the AppStore.

The update allows you to send audio & video messages to your friends and family and play them in-stream right from the app. Also, if your iPhone is in sleep mode and you get a voice message, just hold it next your ear and the message will play. You can also answer with another voice message the same way.

Share your iTunes and AppStore purchases with up to six members of your family, given that they are using the same credit card as your account does. Family sharing also introduces new parental control features such as finding your kids’ devices and prompting your kids to ask for permission before making a purchase with your credit card, which you can approve or deny right from your own device.

Siri got a bit closer to Google Now. The new update allows you to activate Siri by saying “Hey Siri” and continue asking what you were going to ask or Shazam (if that’s a verb) a song that’s currently playing. You can now also make iTunes purchases right from Siri.

Photos and photo edits are now syncing between your iOS devices.

This year’s WWDC keynote has shown that Apple is trying to make iOS and OS X work together on a much higher level than before. From what we have seen during the keynote, Apple has made some impressive moves towards integrating those two platforms. Some might say that the new OS X Yosemite design looks “ugly”, but we all know that all of us will get used to it pretty quickly, especially iOS users. Remember that all those individual features that might seem insignificant on its own are a very important part of the whole OS X experience.

When it comes to iOS, Apple has fixed a lot of things that made me change to Android. Custom keyboards, integration with my computer, notifications, widgets… All of this makes me really think about switching back to iOS.

Great job Apple, now let’s see what Google will show us at the Google I/O on June 25th.