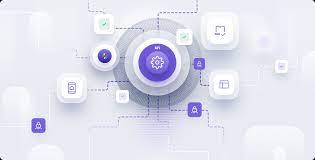 A Checklist For API Security Testing

APIs, or Application Programming Interfaces, are integral to the functioning of every modern application, web or mobile. Most depend on third-party APIs for providing services to their customers. However, at least 65% of API providers don’t follow necessary security practices in terms of API access. The impact of lack of security processes for APIs has the potential to affect millions of users at the same time, making it necessary to focus on security as much as user-friendliness.

What Should You Check For in API Security?

The best way to prevent cybersecurity attacks on your API-powered applications is to employ certain optimal practices and prevent the occurrence of the attack in the first place. There are methods such as automated penetration testing and vulnerability assessment for APIs that can help prevent security breaches by discovering and fixing security loopholes in advance.

Furthermore, there are some other aspects you can focus on when conducting an API security testing process. Here are a few :

Say no to basic authentication

Authentication is an important step to ensuring that only authorised individuals can enter and access sensitive data. As the name suggests, basic authentication is the simplest form of HTTP verification where your users submit their credentials into plain HTTP input fields, most likely unencrypted.

Instead, ensure that you’re using a more secure method of authentication such as OAuth or JWT.

Access is the next step of verification for users attempting to gain a hold of your application. Therefore, hackers are always targeting the vulnerabilities present in access methods when users try to log in.

Some of the more common attack methods include the Denial of Service (DoS) and brute force attacks. Both involve sending a large number of requests to the application (username-password combinations in the latter method) and overloading the server.

Limiting the number of these requests is a good way to restrict these kinds of attacks by blocking suspicious IP addresses or working with third-party security providers who can detect and block these attacks even before they occur.

Validation of user input is crucial to ensuring API security. For this, all of the API’s endpoints should be fitted with valid HTTP methods (GET, POST, PUT, DELETE). Each of these actions should only perform the task that they’re called for, such as GET for obtaining a resource.

If there are attempts to access resources without using any of these valid methods, it should return the error message ‘405 Method Not Allowed’. This erases the possibility of accidental or intentional attempts at using invalid methods to perform invalid actions.

More often than not, vulnerabilities in input fields allow for a variety of attacks from hackers.

Simple validation and data sanitization can remove this potential for attacks. User input should always be scrubbed clean off HTML tags, SQL statements, and JavaScript tags, before they’re sent to the server for processing.

Often, the internalized vulnerabilities in components are ignored or simply looked over. Most web applications have a significant portion of unnecessary components, dependencies, documentation, and other features. Sometimes, trusted components may have security flaws hidden in different versions, for which one must update with security patches released by developers. We tend to miss previously used components that now gather dust – such components and old libraries should be supervised for lack of maintenance and security patches for previous versions.

Always verify the sources of new dependencies and their source code, which should be from secure links. If these packages are signed, they’re preferred as the chance for an added malicious factor decreases.

Despite the checking done so far, there’s still a potential for well-crafted payloads to execute unauthorised code on the server or attract DoS attacks.

Any API endpoints with access to sensitive data should be protected with adequate authentication protocol. Refrain from using Auto-Incrementing IDs as it makes it easier for hackers to guess the URLs to important resources.

Implement data processing in the background so as to not overload the server in processing multiple requests at the same time. Instead, asynchronous processing of data allows time for your API to go through large amounts of data.

These are a few of the security aspects one must keep an eye out for when conducting an API security testing process.

Often, it’s a difficult task to label which security measure covers the unique situation of each application. Therefore, keeping an eye out and constantly monitoring the situation is of high importance in ensuring API security.