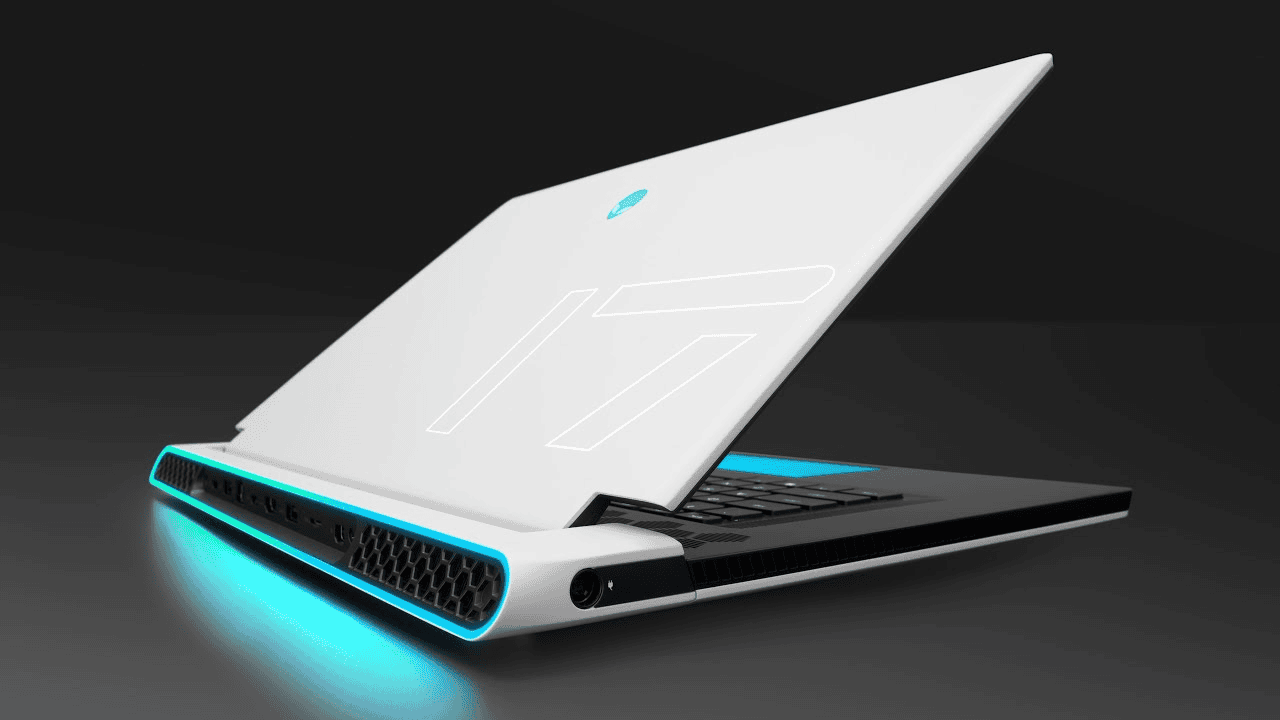 Alienware X17 R1 Review: A Beast Launch is Worth Buying It!

Alienware X17 R1 Review, The Dell-owned Alienware brand has long been associated with gaming hardware. Alienware has become a household name in the gaming industry over the past two decades, and many gamers aspire to own an Alienware gaming rig in order to improve their skills.

Is it true that an Alienware machine delivers better performance? 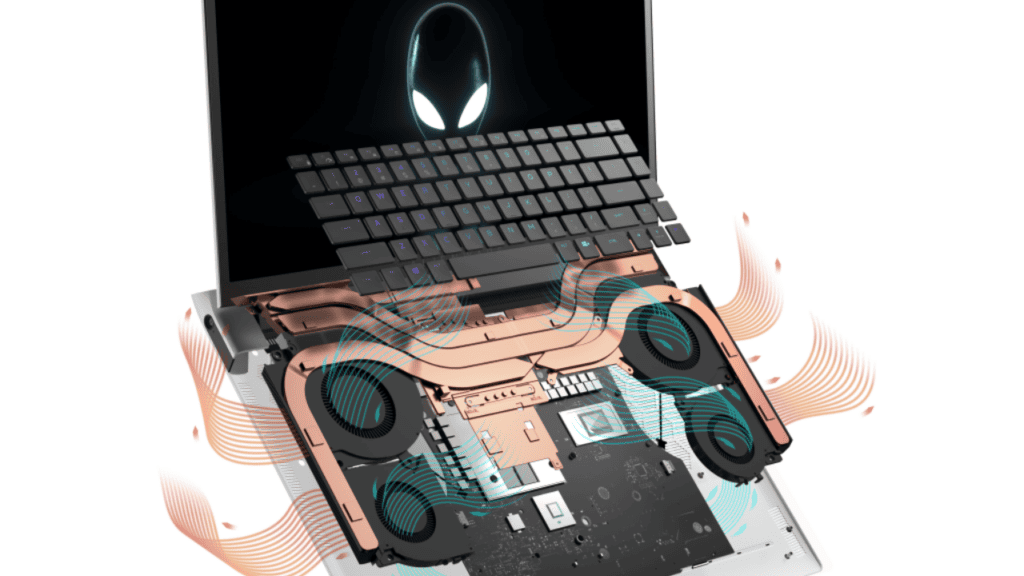 The laptop looks like it came straight out of a UFO, and it does justice to its “Alienware” characteristics. The laptop has a 17-inch screen, and it’s not the smallest or lightest gaming device on the market today. But the Alienware X17 R1’s design is so eye-catching that it’s hard to ignore. On the lid is a large “17” printed in large letters, in case you’re wondering which laptop it is. The body of the laptop is white and aluminium-like. On the back of the laptop, there is an Alienware logo that is illuminated and changes colour.

The laptop also features an LED strip that runs across the laptop’s vents and ports. Ports on the back of gaming laptops, as I’ve mentioned in previous reviews, are a good idea because they don’t get in the way of the user’s grip. Using the back of this light, you can change its colour, keep it the same colour, and more. On the laptop’s lower (keyboard) panel are cooling vents on the right and left side. The laptop also has an RGB keyboard. The thin bezels that surround the screen are thicker than on some other gaming laptops, but they don’t detract from the overall aesthetic. 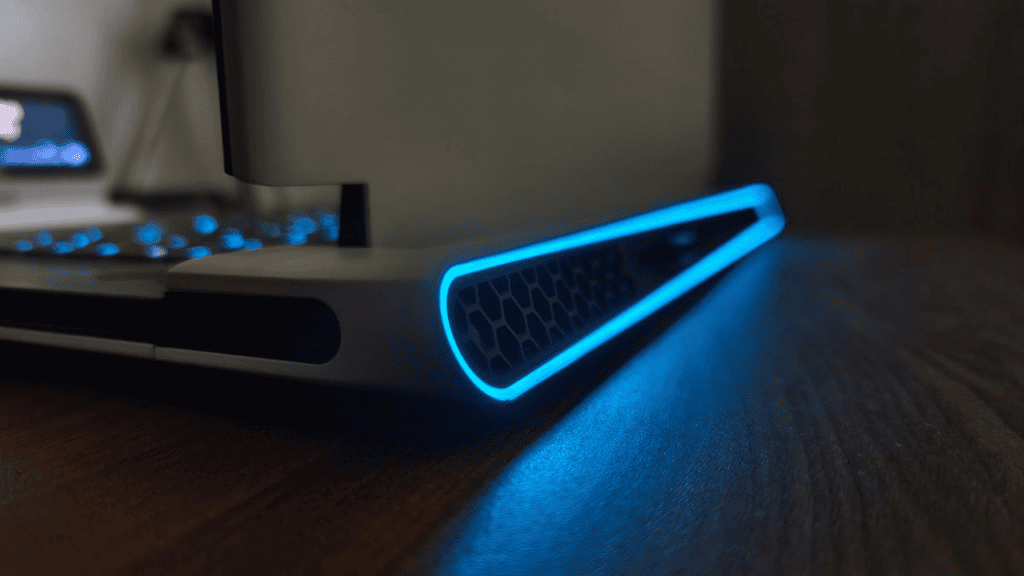 It’s safe to say that the Alienware X17 R1 has the coolest design of any laptop on the market. Alienware has added air vents and ports to the back of the laptop. However, this design causes the laptop’s back to become extremely hot, making it uncomfortable for users to pick up the laptop by the backside alone. In addition, the laptop’s size and weight make it unwieldy for anyone who intends to carry it. Because of the 17-inch screen size (which is great for gaming) and the high-quality components inside, this laptop weighs a hefty 3 kilogrammes (6.6 pounds) and cannot be taken anywhere.

The Alienware X17 R1 features a 17.3-inch FHD+ panel with a refresh rate of up to 360Hz. Due to its high responsiveness, the display is ideal for gamers. Full-HD games run at a smooth 120 frames per second on this laptop. While the screen is responsive and bright, the resolution is disappointingly low for a machine of this calibre and price range. Although both laptops were in the same price range, the Asus ROG Zephyrus M16’s display detail was far superior to that of the Alienware X17 R1’s when they were tested side by side. Because I tested two high-end gaming laptops at the same time, I was able to see this difference. Compared to other laptops, the display on the ROG Zephyrus M16 is extremely clear.

Aside from its superior image quality and crispness, the Alienware X17 R1’s display is noticeably more responsive. I was able to get over 100FPS even on battery with the Alienware X17 R1 during my test, which is one of the few laptops that can run games at high refresh rates even on battery, unlike the Asus ROG. As a whole, it’s a fantastic display with excellent response times. Because the refresh rate is higher and the resolution is lower, the buyer can choose between a responsive display and a detailed display.

The Alienware X17 R1 offers significantly better performance than the competition. The system we received had an 11th generation Intel Core-i7 chipset and an Nvidia GeForce RTX 3070 GPU with 8GB VRAM and 32GB of RAM. During my time with it, the laptop proved to be a powerhouse. The Alienware X17 R1 was able to run all of the most demanding games at maximum graphics settings and a high frame rate on the laptop, as I previously stated (exact numbers vary according to content on screen).

Since the laptop was designed for gaming in the first place, it naturally has a higher emphasis on that function. To get the most out of the laptop, users can even increase the clock speeds of the GPU and CPU. Although the Alienware X17 R1 is capable of delivering such high performance, it does so at the expense of overheating. Despite the fact that it was a gaming laptop, this laptop got far too hot to be used on the lap while playing games. When I tried to play Cricket 2022 (a light game) while keeping the laptop on my lap, the laptop began to get hot and I couldn’t keep it there for more than 2 minutes.

Included writing, editing, and research on the Alienware X17 R1 as well. Because of these two major flaws, the laptop isn’t much of a work laptop, Even though it does all of these tasks effortlessly (maybe even better than the “Pro” laptops). First and foremost, there’s the massive stature. New ways of working call for laptops that are thin, light, and easy to transport for employees who need to switch up their work routines on the fly. However, the Alienware X17 R1 is too heavy and bulky to be carried by anyone. The laptop’s battery backup is inadequate, which brings us to our second complaint. As much as I understand that the Alienware X17 R1 is primarily designed for gaming on power, it is not the laptop for those who require extended battery life. In terms of battery life and portability, the ROG Zephyrus M16 is a better choice for those looking for an all-around gaming laptop that can also be used for work.

In terms of gaming laptops, the Alienware X17 R1 is a standout. The laptop’s unique and angular design with just the right amount of lighting makes it a standout in terms of design. As a gaming machine, it’s a powerhouse. It can run almost any high-quality game at a high frame rate. However, the FHD resolution of the display and the laptop’s bulky design make it inconvenient to use on the go. In addition, if you use it for work, the battery will drain faster than on many competitors. However, the Alienware X17 R1 is the coolest-looking laptop in this price range, but there are better gaming laptops out there. 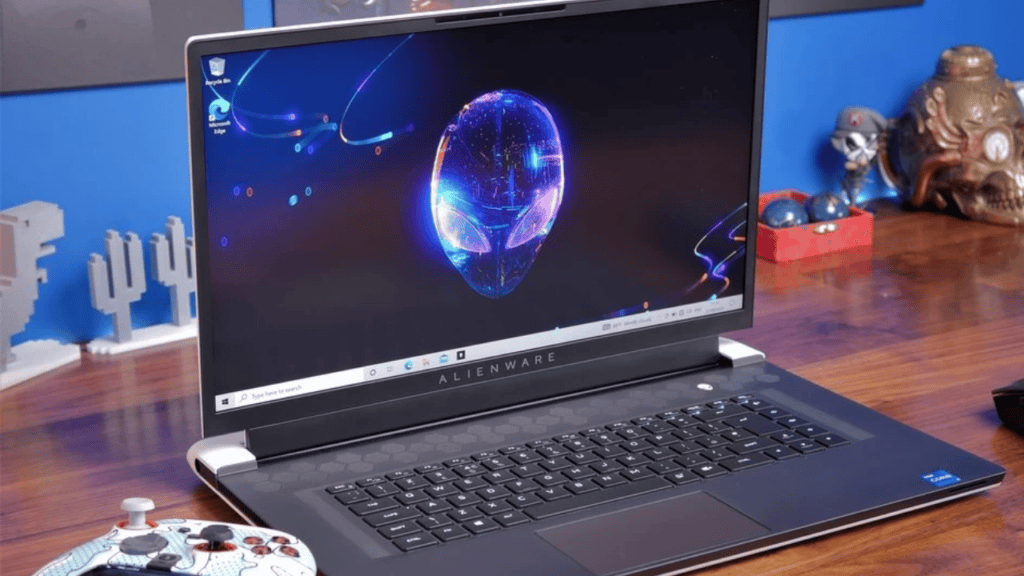 Performance. No one should be surprised to learn that the Alienware x17 R1 is among the best laptops for gaming out there, even beating out the best gaming PCs and emulating Alienware gaming PCs in terms of performance.

Q2: Is Alienware x17 the best laptop for gamers?

One of the best gaming laptops on the market is the Alienware x17 R2. It packs a lot of power into a smaller package than its predecessor. However, it’s still a big-ass laptop, if I may use such an expression.

Q3: Which is better, Alienware or Razer?

Despite this, we believe the Alienware x15 R2 has a slight advantage over the Razer Blade 15 in terms of ports, connectivity, and overall design. The Razer Blade 15 is not only more compact and lighter, but it also has a better port selection.

Q4: Where can I find out more about the Alienware x17 R1?

Just a year later, in 2020, Dell unveiled a completely redesigned Alienware m17 R2 chassis to replace the old one. To replace the m17 series entirely in 2021, the manufacturer has unveiled an entirely new chassis design called the Alienware x17.

How to Create an Awesome Junior Software Engineer Resume in 2022