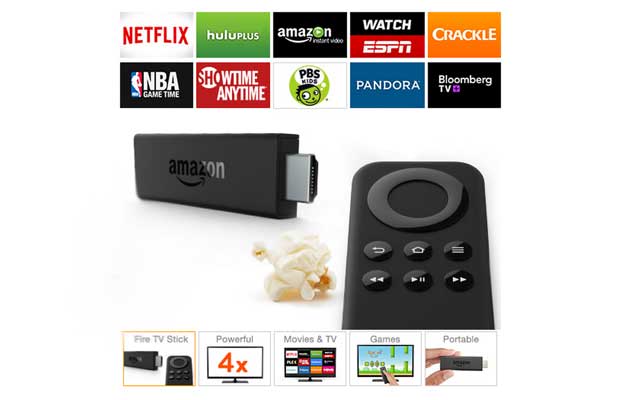 After introducing the original Fire TV back in April, Amazon now made a move to take on Google’s TV dongle Chromecast. According to Amazon, the Fire TV Stick will give you the same experience as the original Fire TV, but without voice search from your remote. I’m pretty sure that lots of customers will be willing to live without that feature, especially considering the $60 difference in price.

However, what’s unique about the Fire TV stick compared to Google’s Chromecast is that you will be able to play and stream video games straight from Amazon’s TV dongle with lost of gaming apps and Twitch (although you need to buy the controller separately).

On the Fire TV Stick’s web page Amazon takes on Chromecast by directly comparing hardware and software capabilities of the two competing devices: 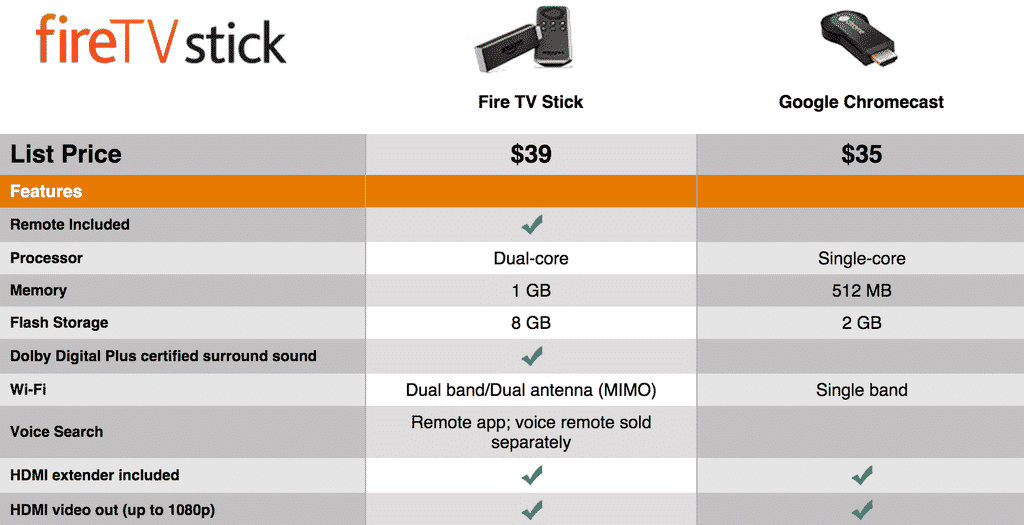 What the Fire TV Stick is missing

For most consumers the chart above will make Chromecast seem low-end and outdated. However, when it comes to usability there’s one big thing that Amazon’s Fire TV Stick – as well as the Original Fire TV – are missing: cross-device capabilities.

This year we’ve seen tech giants putting a lot of emphasis on cross-device functionality: Apple’s Hand-off feature allows you to start an activity on your iPhone or iPad and finish it on your Mac seamlessly (and vice versa), Google allows interactions between different apps on your mobile device and your TV with Chromecast and Sony gives you the opportunity to play games from your PlayStation 4 on Experia devices.

Unfortunately, the Fire TV Stick won’t have such capabilities any time soon. All the interactions with your TV will go through the physical remote or remote app. This might be a deal-breaker for those consumers who love simple navigation and easy cross-device interactions, such as opening the Netflix app on your phone and pressing one button to make your favorite movie appear on your TV, all of which you can do with a Chromecast.

How to delete HTC, Samsung or LG apps from your Android phone