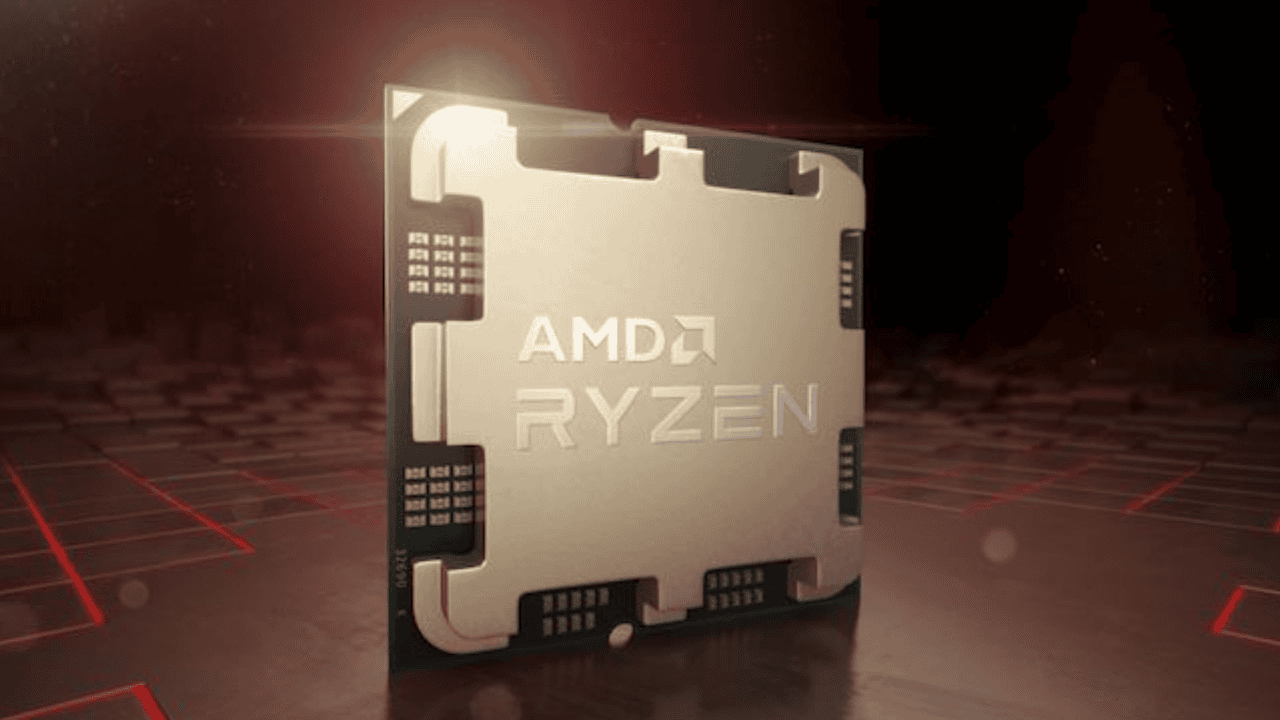 Ryzen 7000 processors from AMD will run faster than 5 GHz, require DDR5 RAM, and support PCIe 5.0. At the Consumer Electronics Show (CES) in January, AMD first hinted at its future Ryzen 7000-series CPUs and the new Zen 4 CPU architecture. In a press release, the business stated that the chips will be produced on a 5 nm manufacturing process from TSMC, and that they would be ready in the fall.

Only time will tell if AMD will finally reveal pricing or release dates for the new CPUs. At its Computex speech this week, AMD disclosed a few more information regarding the Ryzen 7000 processors and the motherboards and chipsets that will support them when they’re all released to the public in the near future. 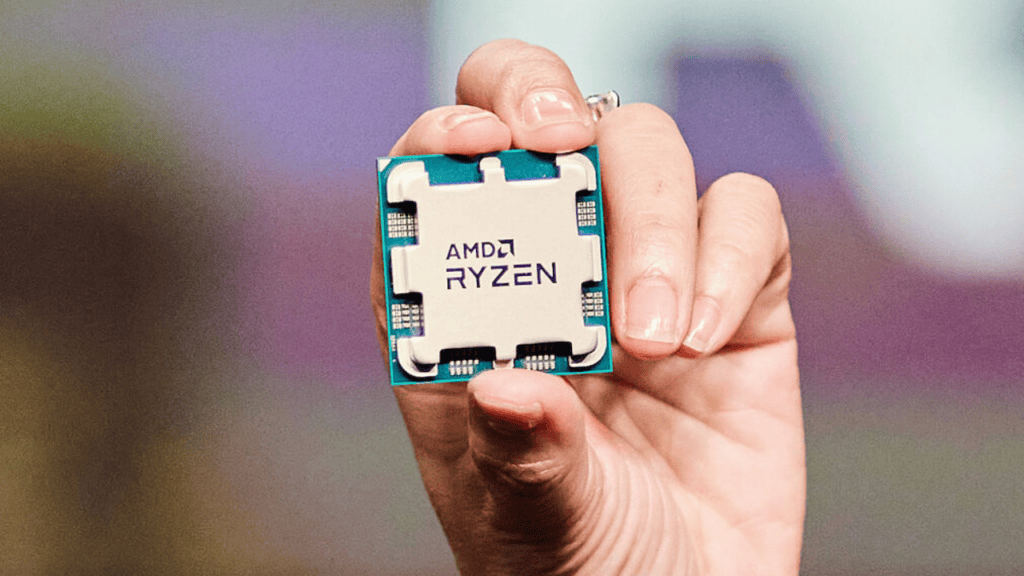 The AM5 CPU socket should be discussed before we go into the specifics of Zen 4, Ryzen 7000, or AMD’s 600-series chipsets.

Socket AM4 has outlived several other socket types. As of this writing, most AM4 motherboards from 2017 can handle new Zen 3 CPUs like the Ryzen 7 5800X3D. AMD hasn’t always been the best at conveying which AM4 motherboards can support which AM4 processors. Considering Intel releases a new socket (or compatibility-breaking changes for a current socket) every two years or so, that’s an impressive run for any socket.

Regardless of the chipset it’s connected to, the AM5 socket represents a significant advancement. Due to the fact that the 1,718 tiny copper pins are housed in the motherboard’s socket, rather than on the bottom of the processor, AMD has released its first consumer-grade Land-Grid Array (LGA) CPU socket. Overclockers can now operate more powerful processors for longer periods of time because its maximum power restriction has been increased to 170 W, compared to the 142 W of AM4. PCI Express 5.0 is also supported by AM5, but the level of support you receive is dependent on your chipset and maybe your CPU, and you must upgrade your RAM to DDR5.

Compared to 12th-generation Alder Lake CPUs, AM5 and Ryzen 7000 may suffer from a lack of DDR5 RAM, at least in the short term. Customers can pick between Alder Lake-compatible motherboards that support both DDR5 and DDR4 memory, allowing them to use an existing DDR4 memory kit if they want. Even though DDR4 currently costs less and is simpler to locate, this will change as support grows and memory makers increase output of DDR5 to meet demand.

Despite all of AM5’s improvements, AMD says the CPU package’s real size and shape have remained same. This was done to ensure that AM4-based CPU cooling would still be compatible with AM5-based processors. As a result of the LGA 1700 socket’s taller and more rectangular design compared to Intel’s prior sockets, it can (but does not usually) affect CPU cooler compatibility.

AM5 motherboards have varying levels of connectivity depending on the chipset and motherboard you choose. There are a total of 24 PCIe lanes, a total of 14 USB 3.2 Gen 2 ports, and up to four HDMI 2.1 or DisplayPort 2.0 ports that can be used to drive displays using an integrated GPU on AM5 motherboards, according to AMD’s specifications for the AM5 platform.

The Ryzen 7000-series CPUs will feature the Zen 4 architecture in the fall. It is expected that AMD’s first Ryzen 7000 CPUs will have up to 16 CPU cores, which is the same as the current Ryzen 5000 series maximum of 12. Intel and Apple do not use small “efficiency” cores to tackle low-power jobs or enhance their core counts, thus all 16 of them will be “P-cores” with the exact same features and performance characteristics as the previous generation. Using two 8-core 5 nm CPU chiplets, together with a revised I/O die fabricated using a 6 nm technology, a 16-core Ryzen 7000 processor would be possible. 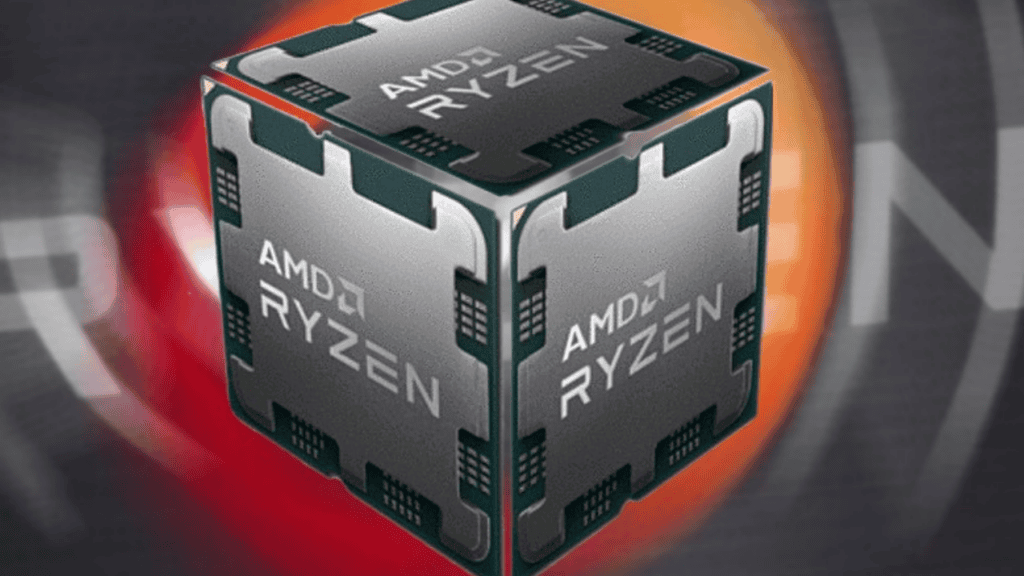 In addition to PCIe 5.0 and DDR5, Ryzen 7000’s I/O chip will be responsible for many of these new features. Ryzen 7000 CPUs will feature integrated RDNA2 graphics for the first time, according to AMD. Instead of gaming, AMD tells us these GPUs will be used to drive several displays on a desktop PC for work, test, or setup activities, or to offload light computing and video encoding chores from the CPU or main GPU. AMD says these GPUs are not intended for gaming. AMD has stated that it will continue to produce separate chips with beefier integrated graphics optimised for low-end gaming, like the 5000G-series APUs already on the market.

Ryzen 7000 will benefit most from architectural changes and clock speed increases because the number of cores is same. At Computex, the company didn’t provide us a lot of information about the latter. But we did hear that Zen 4 has twice as many MB of L2 cache per CPU core as Zen 3. Current Zen 3 CPUs can only surge up to 4.9 GHz. But the Ryzen 7000 chips will be able to go far higher. Zen 4 hardware from AMD has been shown to run at clock speeds of more than 5.5 GHz. Albeit the exact clock speeds will vary from product to product. When compared to a Ryzen 9 5950X. AMD claims that its 16-core Ryzen 7000 will have at least a 15% improvement in single-threaded performance. Which should help it keep up with (but not necessarily outrun) Intel’s 12th-generation Alder Lake CPUs in applications like games that are more sensitive to single-threaded performance. Probably, the more affordable 6- and 8-core CPUs that most people end up purchasing for their PCs will also be aiming for this 15% boost.

The first batch of AM5 motherboards will feature three new chipset tiers from AMD. High-end motherboards will be powered by the X670E and X670 chipsets. Which offer more PCIe 5.0 lanes and have higher overclocking capabilities. The B650 chipset, like its predecessors the B350, B450, and B550, will focus on lower-cost, more mainstream computers.

PCIe 5.0 lanes are expected to be supported by all the new chipsets, which is likely to be four lanes. The number of lanes utilised by high-end PCIe 3.0 and 4.0 SSDs. For graphics cards, only X670 and X670E motherboards will be able to use PCIe 5.0 technology. In most cases, this is acceptable even for gaming systems and systems that you want to use for years. PCIe 5.0 GPUs aren’t even on the market yet. But when they do, high-end cards won’t be slowed down by PCIe 4.0 slots. That use all 16 lanes of PCIe bandwidth for the foreseeable future. Cards that support fewer than 16 PCIe lanes may cause issues. However this is only an issue with low-end cards at the time of this writing.

Although AMD did not elaborate on this in its presentation. It is speculated that AMD’s high-end chipsets this generation will use two distinct chips, rather than one. Rather than building and manufacturing two completely distinct chipsets. Or making one enormous chipset and turning parts of it off for lower-end products. AMD will simply use a pair of chipsets to add extra PCI Express lanes and I/O support for higher-end motherboards. Even though the X670E, X670, and B650 chipsets have been unveiled. We still don’t know how they will communicate with each other and which of the new chipsets may be used with just one chip.

Finally, the overclocking capabilities of the B650 chipset are not mentioned in AMD’s PowerPoint deck. As far as overclocking is concerned, AMD has confirmed to us. That B650 chipsets will be able to do so, much like prior B- and A-Series chipsets. A superior voltage regulator module (VRM) and other materials are most likely to be used in X670-based systems as a result of the omission. 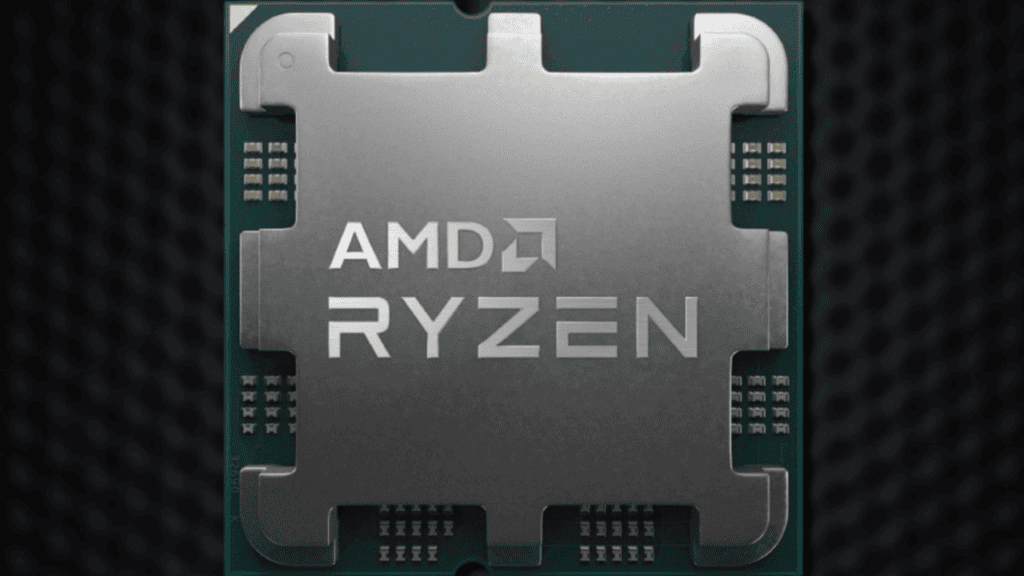 Q2: Which six-core CPU is the fastest?

Q3: AMD Ryzen is superior than Intel’s i5 processor, right?

There is no integrated graphics in the Ryzen 5 Desktop CPUs. Unlike Intel’s Core i5 chips, which are more power efficient. Higher thread counts, greater cache sizes and even faster clock rates can be found in some situations.

Q4: How many PCIe lanes is AM5 going to be able to support?

There will be up to 14 USB 3.x ports on AM5 motherboards. With some supporting 20Gbps and USB-C, regardless of the tier. There are up to four video outputs on the motherboard as well.

Q5: In terms of gaming, which AMD processor is the best?

Because of its superior performance in both gaming and application workloads. AMD’s Ryzen 5 5600X is the finest AMD CPU for gamers right now.

The AMD Ryzen 7 is Core i7’s AMD counterpart. This is a powerful processor with up to 8 cores and 16 threads. Its clock speeds, overclocking ability, and RAM capacity are all excellent.