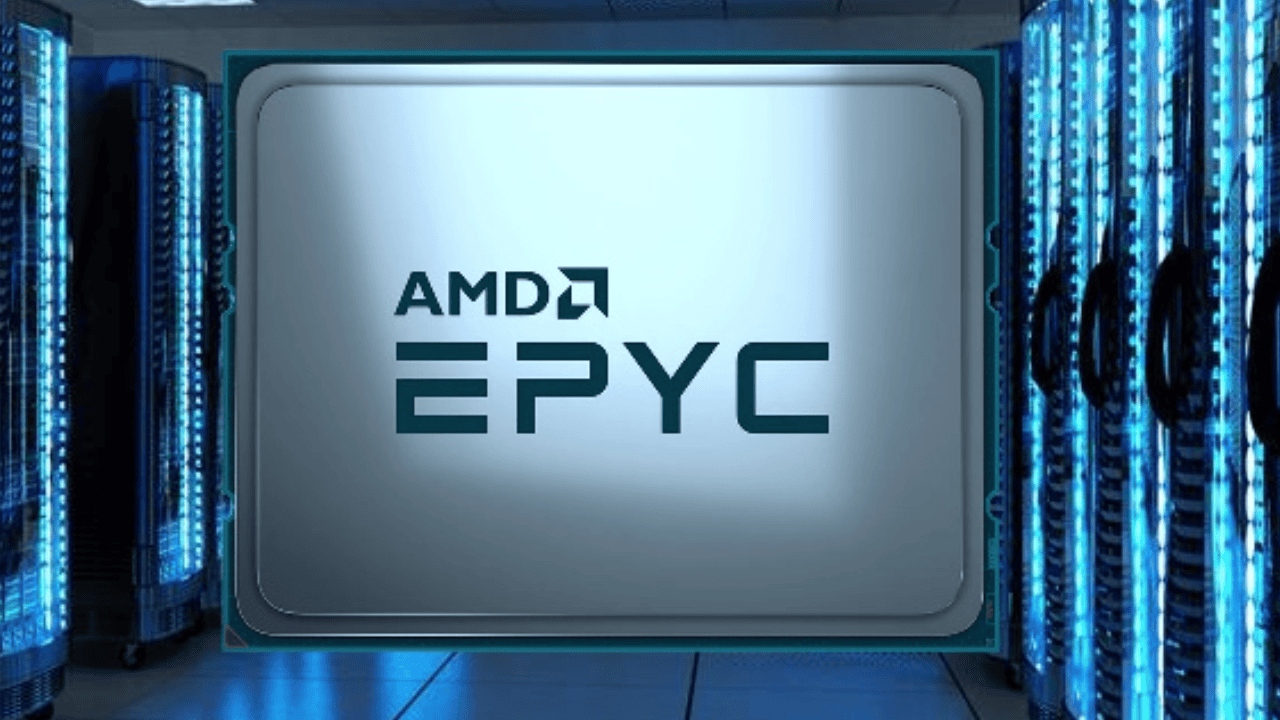 AMD epyc Genoa zen 4. Videocardz received the most recent images, which show X-Ray images of what lies beneath the gigantic Genoa IHS. A few weeks ago, another AMD EPYC Genoa CPU got out, and this new one shows that the first prototypes are already being distributed to customers in the HPC and Cloud Computing industries.

The AMD EPYC Genoa CPU is based on the SP5 socket:

Which has 6096 LGA contacts, the most on any server processor at the present. As a result of the Zen 4 architecture’s 5nm process, it has a total of 16 cores and 32 threads. Only two of the twelve CCDs are included in this arrangement, making it an entry-level model. It will have 12 Zen 4 CCDs, each with eight cores, totaling 96 cores in the “full-fat” configuration. This sample is either the OPN 100-000000627-08 (ES0) or OPN 100-000000627-12 (ES1) version, according to ExecutableFix. These are just a few of the OPNs that have been reported by an insider, but the 96 Core and 32 Core OPNs have also been reported. As of this writing, the CPU is drawing in at just over 200W, and it has the ability to boost its clock speed to a maximum 3.7 GHz. A 16-core version with above 4.0 GHz clock rates is expected in the final product line. EPYC Genoa docs reveal that the 16-core part will be available in five chiplet configurations, each having four partially disabled Zen 4 CCD cores, a 195W total power consumption, an IOD power consumption of 116W, and a power consumption of 3.3W in the LGA form factor. The socket will be separated into four halves, each containing 1520 contact pads. 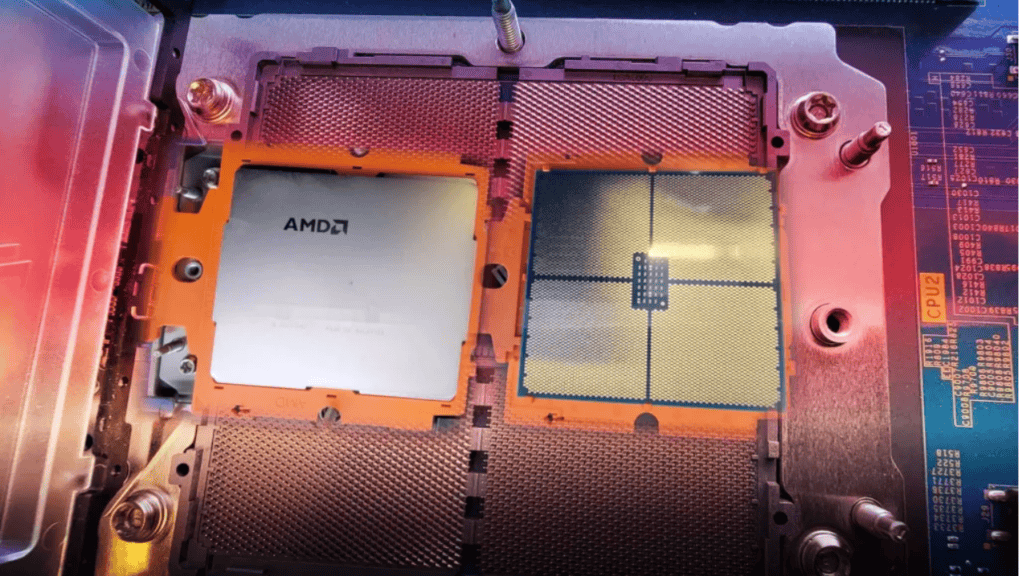 EPYC Genoa has already been confirmed to be compatible with the new SP5 platform, which introduces a new socket, therefore SP3 compatibility will remain till EPYC Milan. There would also be support for new memory and capabilities in the EPYC Genoa CPUs. An LGA socket with 6096 pins is expected to be included in the SP5 platform as well, according to the latest information. With 2002 more pins than the current LGA 4094 socket, this will be AMD’s largest socket ever.

Future versions of AMD’s EPYC CPUs will be able to use the socket. When it comes to the Genoa CPUs, they’ll have a whopping 96 cores and 192 threads. With TSMC’s 5nm technology, these will be based on AMD’s brand new Zen 4 core architecture, which is projected to yield some ridiculous IPC gains.

AMD will have to increase the number of cores

In its EPYC Genoa CPU package in order to reach 96 cores. A total of up to 12 CCD’s are rumoured to be included in AMD’s Genoa chip. Eight cores based on the Zen 4 architecture will be found in each CCD. We could be looking at a big CPU interposer, even larger than the EPYC CPUs, as a result of the increased socket size. The CPU is expected to have TDPs of 320W, which can be increased to 400W. You can learn more about the SP5 platform by visiting this page.

AMD’s EPYC Genoa CPUs are expected to include 128 PCIe Gen 5.0 lanes, and 160 for a 2P (dual-socket) configuration, according to reports. The SP5 platform will also feature DDR5-5200 memory support which is some insane improvement over the existing DDR4-3200 MHz DIMMs. With the addition of 12 DDR5 memory channels and two DIMMs per channel, it will be able to accommodate up to 3 TB of system memory utilising 128-gigabit modules.

Which is slated to be launched in 2022, would be the major adversary of AMD’s EPYC Genoa portfolio. You can learn more about the recent rumours that the lineup won’t get a loudness increase until 2023 by clicking here. After this leak, AMD’s Genoa portfolio appears to be in excellent shape and might be a big disruptor in the server market by 2022 if AMD plays its cards correctly. 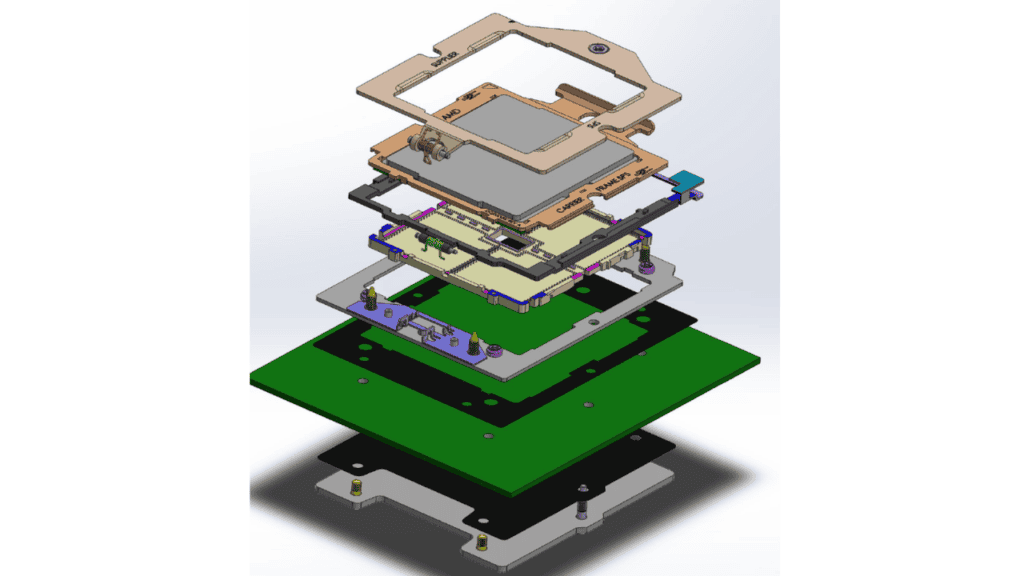 Using an AMD EPYC dual-socket workstation or server is ideal for computationally intensive workloads such as high-performance computing (HPC) and artificial intelligence (AI). 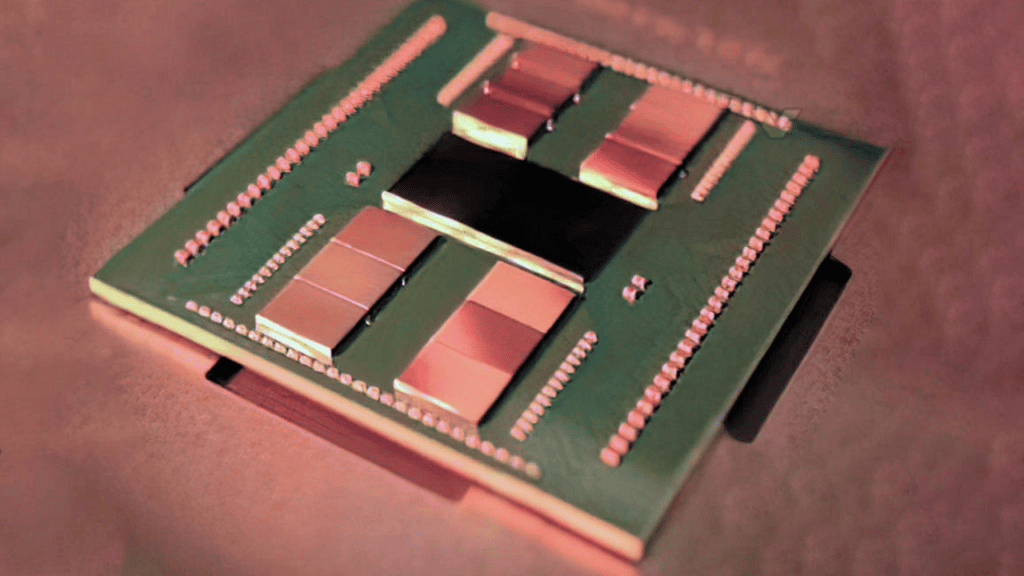 Q2: Which EPYC CPU is the most powerful?

Is EPYC a high-quality item? Yes, in a nutshell. AMD was able to produce a product that was both competitive and distinctive. Both in terms of “speeds and feeds” and in terms of the actual performance of the software itself, both.

We expect ZEN4 3D to replace current 3D packaging devices with vcache in the future. Greymon55, a well-known AMD product tipper, claims that only one production line of Zen 3D chips is now in operation, and that unless that line is shut down, we won’t see Zen 4 chips utilising the same technology.

Q5: Which is better Epyc or Threadripper?

Like other high core count processors, Threadripper’s core frequency is higher than that of most high-core count processors (about 3.2 for Epyc). Media and entertainment have a lot of threads, but so do single-threaded programmes like CAD and architecture, thus it has an edge in both of those areas.