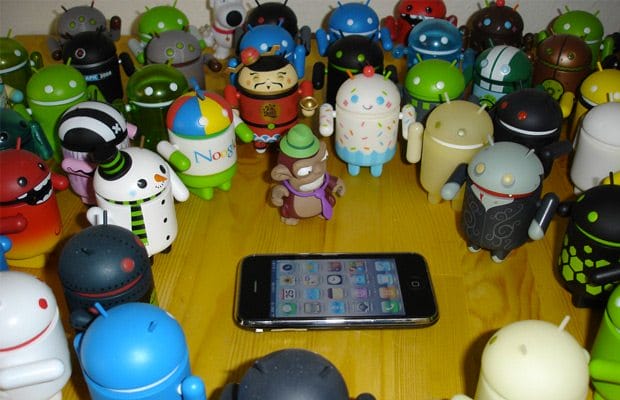 In Europe Android is holding a 73.9 percent market share, growing 1.4 percent year-on-year. iOS saw a bigger increase, raising by 1.5 percent to 15.4. Windows Phone, on the other hand, lost 0.3 percent and is now down to 9.2. Europe remains one of Androids biggest areas, with Spain having an 90.4 percent market share.

As for the US, Apple’s mobile operating system iOS remains strong with a 32.6 percent market share. However, Android is becoming more and more popular, growing by 4.5 percent to 61.8 percent while iOS is loosing 3.3. Interestingly enough, English-speaking markets like the US, GB (31%) and Australia(34.7%) are iOS strongholds. 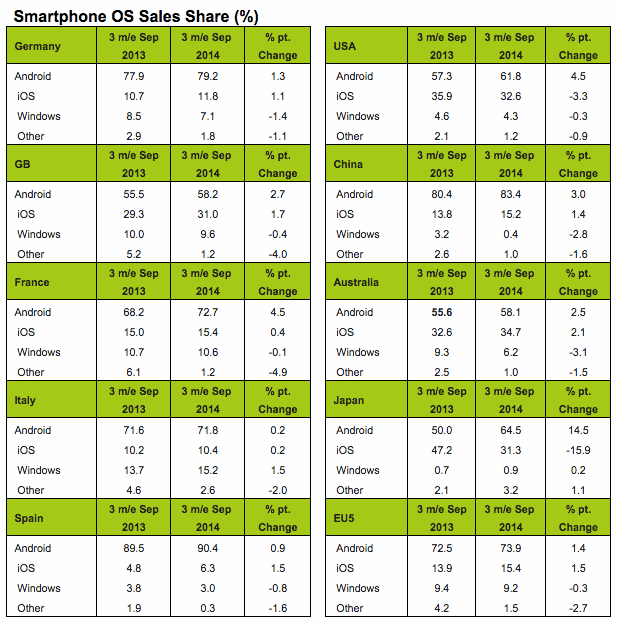 Android also dominates in Asian markets with a whooping 83.4 percent in China and 64.5 percent in Japan. iOS took the biggest punch in Japan, falling 15.9 percent to a 31.3 percent market share. Android’s market share, on the other hand, increased by 14.5 percent.

Windows Phone only strong in Italy