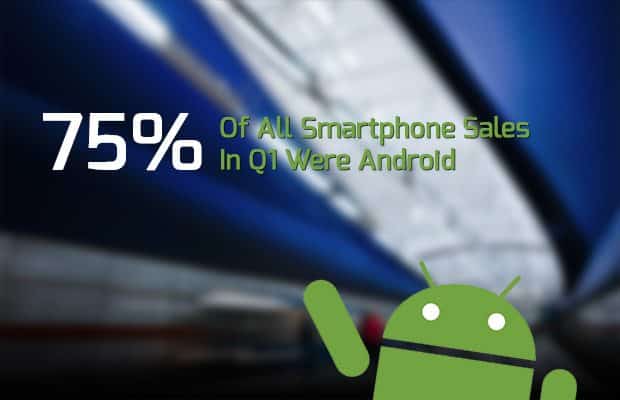 Android Continues Its Triumph: Nearly 75% Of All Smartphone Sales In Q1 Were Android

Google’s mobile operating system Android is a real phenomenon. It started as a simple idea to advance open standards on mobile and has become the world’s leading mobile platform. The rapid growth of this platform is astonishing and is not going to slow down in the foreseeable future. 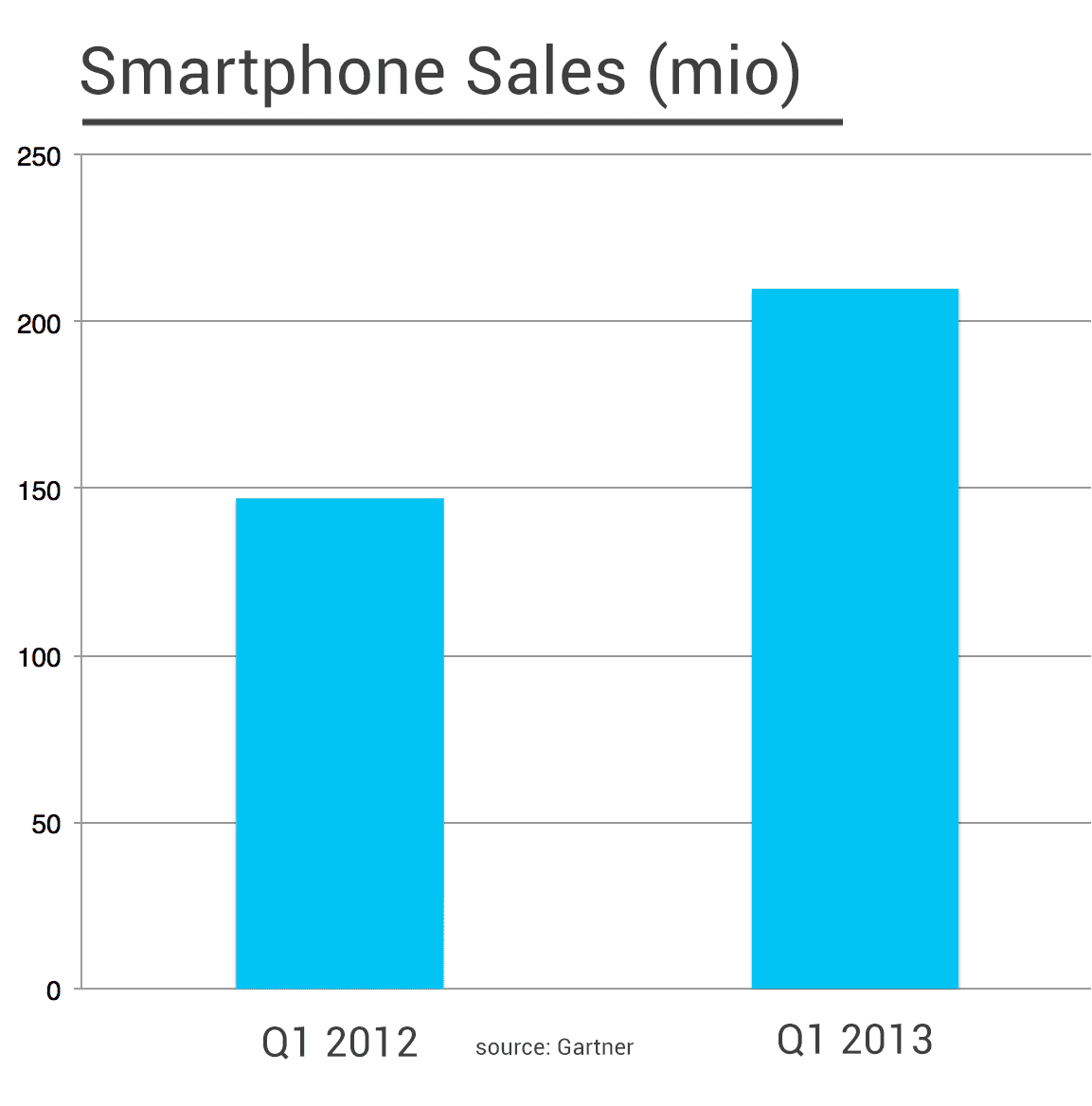 The biggest player has been Samsung (again). According to Gartner’s estimates, 31% of all smartphones that were purchased were produced by Samsung. Unsurprisingly, Apple follows Samsung with a share of (only) 18%. Apple’s sale numbers are still growing but at a slower pace than they used to. In my opinion, one reason might be that many Apple users decided to skip the iPhone 5 model and are waiting for the release of the new model. 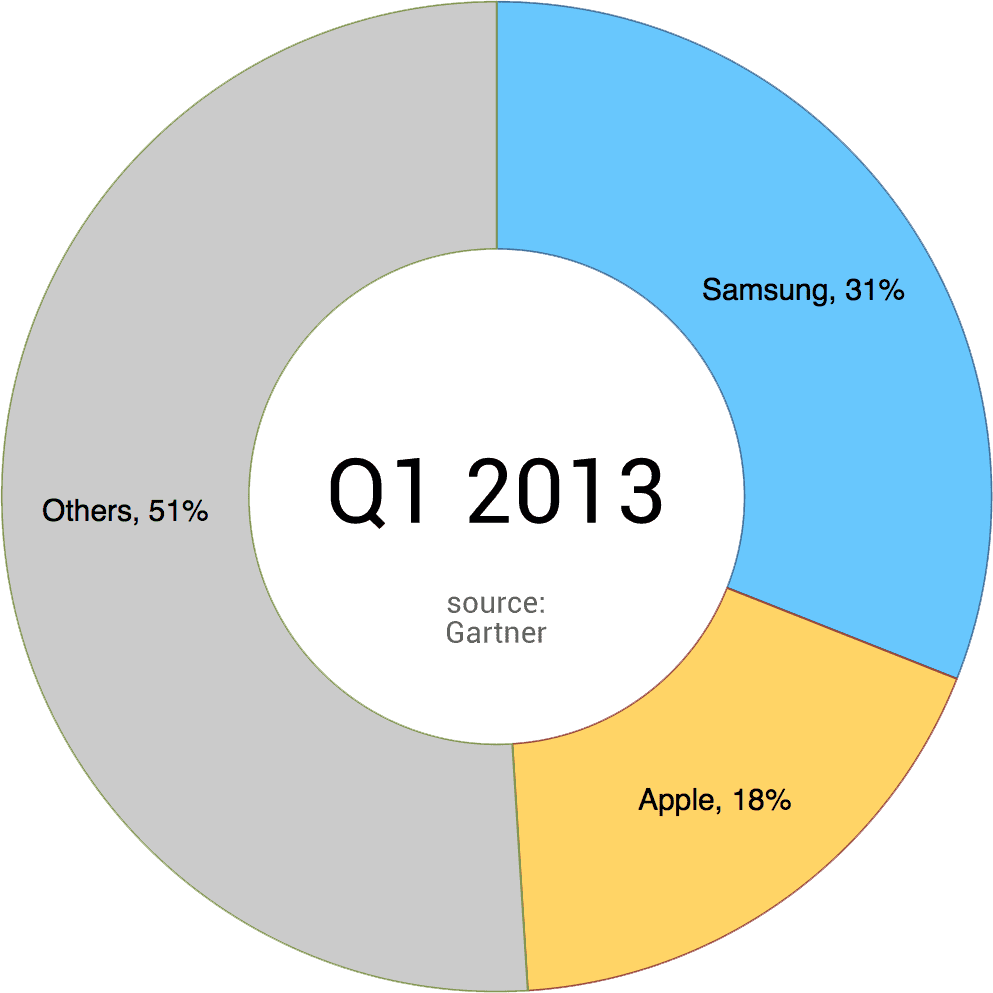 One interesting development are the overall mobile handset sales. Compared to a year ago, they only went up by 0.7%. This means that there is a clear shift from lower-end mobile phones to smartphones.

If we count in lower-end mobile phones and look at the overall sales numbers, Samsung is still stealing the show. Its share is 23.6% or, in absolute numbers, over 100 million mobile phone sales in Q1 2013.

Below are two tables displaying the manufacturers with the most smartphone and overall mobile phone sales: 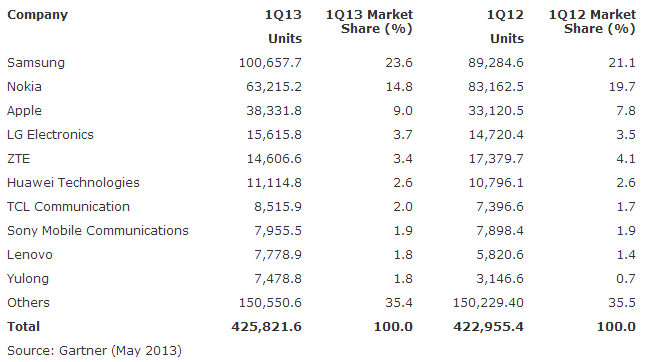 Are you surprised by these numbers and the clear dominance of Android? If so, why? And do you think Android’s growth will keep its pace or flatten? Feel free to share your thoughts in the comments.

6 Of The Most Exciting Google I/O 2013 Announcements