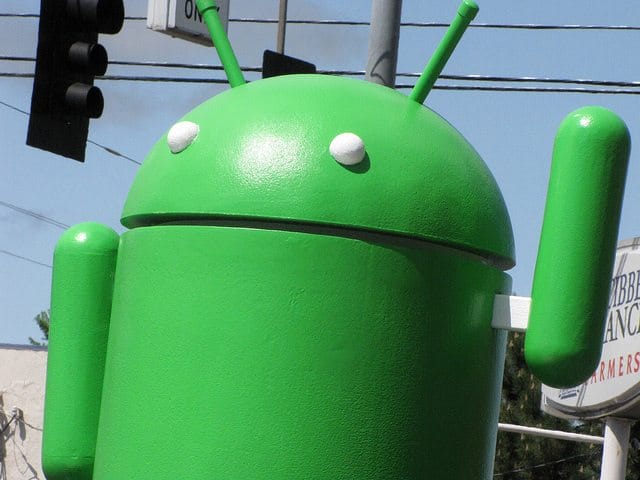 How To Speed Up Or Slow Down Android Device Animations

Android device animations are displayed when you switch between apps and screens. Depending on how fast your device is, you might want to either speed up or slow down the animations, or turn them off completely.

Animations also drain the battery on your device faster. So, if you don’t notice any problems after turning off animations, you can save battery life by leaving them off until you need them.

Open the Settings app, if it’s not already open, by swiping down from the top of the screen once (or twice, depending on the brand of device you’re using) and tapping the Settings (gear) icon.

Make sure the Developer options are on. If not, tap the slider button to turn them on.

What do these animation values do?

Lower numbers for these values will improve the speed at which these tasks occur. However, the window and transition animations will not look as pretty with these settings at lower values or when they are off completely. So you must decide whether you want a faster phone or a prettier phone – you can’t have both. 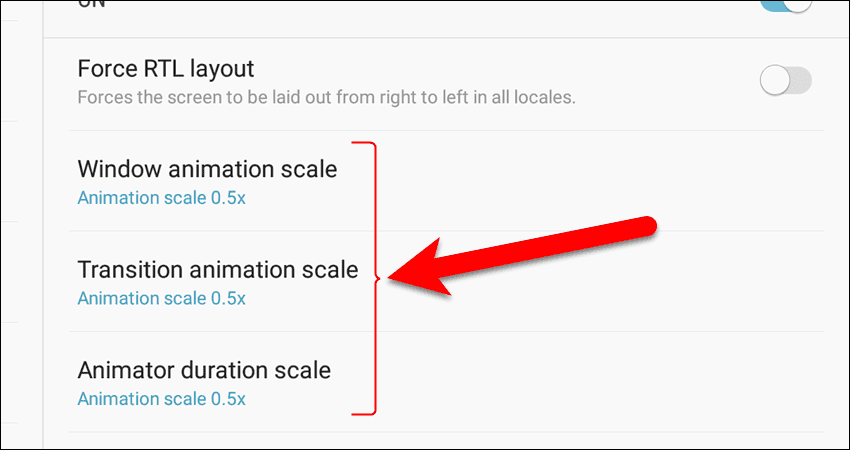 Tap any of the animation settings to change its value. If you don’t want to turn the animations off, but you want them to happen as fast as possible, select the “Animation scale 0.5x” option. Turn off the currently selected animation type completely by selecting “Animation is off“. If you don’t notice any difference after changing the “Animator duration scale” value, you may have to reboot your device for the setting to take effect. 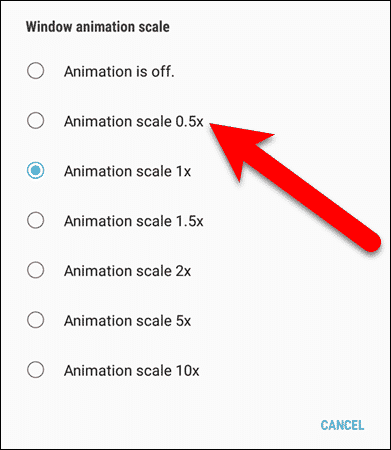 Setting the animation scale to 10x could be useful if you’re trying to take a screenshot of a transition in an app, switching windows, or other small animations in apps.

What settings do you use for animations? Have you turned off the animations and experienced problems with some apps? If so, which apps and what types of problems? Let us know in the comments.

Image Credit: “Androids Attack – Google“ by mike krzeszak is licensed under CC By 2.0

Freelance technical writer living in the Sacramento, CA area. A gadget and tech geek who loves to write how-to articles about a wide range of topics. Loves watching and reading mysteries, cross stitching, attending musical theatre, and is an avid Doctor Who fan.
Prev Post

How To Improve Image Quality & Boost Gaming On Your Android Device