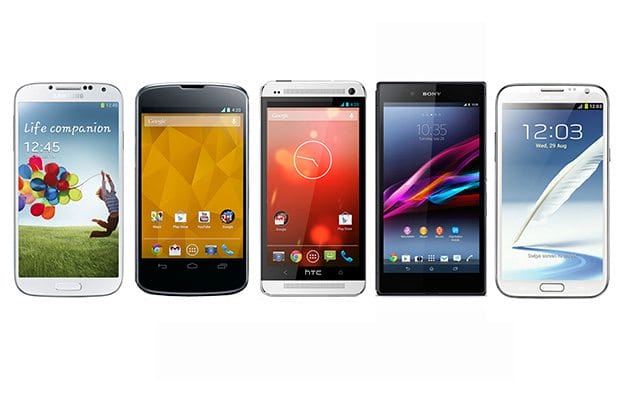 The list of smartphones running Android is getting bigger and bigger every day. In fact, nearly 75% of all smartphone sold in Q1 of 2013 were Android devices. If you’re looking for a new Android phone, it can be quite difficult and frustrating to find the best device for your needs.

In contrast to other buyer’s guides, this guide will also look at the custom ROM scene for the hottest devices, to make sure your Android phone is future-proof. The Android market is very fragmented and Android OS availability differs strongly from device to device. This buyer’s guide will help you decide which Android phone to buy.

Things To Consider When Buying An Android Phone

Tech specs, battery life and other features are usually the main consideration points before purchasing a phone. If you are a more advanced user, you should definitely consider custom ROMs available, how active the tweaker community for this device is and how easy it is to root the device.

If you’re not buying a Google-branded Nexus device, there is a high chance that you have to wait for a few months before you get the latest Android version on your phone. Even new devices like the HTC One are released with an outdated Android version (4.1 in this case, with 4.2 being available since November 2012).

Usually this delay is created by the manufacturers own UI (like Sense for HTC or TouchWiz for Samsung devices) that needs to be adjusted to the new Android version. Custom ROMs are a great way to reduce waiting time, because they will bring stock Android experience or other improvements to your phone. When buying a new Android device I would highly recommend to check out the custom ROM scene before deciding solely on specs and features.

I will update this article frequently to make sure it includes the latest developments in terms of custom roms. 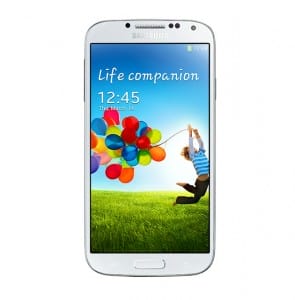 Samsung’s new flagship phone is one of the best Android devices on the market. Not only does it have a crisp 441 ppi display and a massive removable 2,600 mAh battery. There is also a stock Android version available on Google Play. The huge 5 inch AMOLED is one of the best displays currently available.

Powered by a quad-core 1.9 GHz Qualcomm Snapdragon processor and 2GB RAM, the Samsung Galaxy S4 is also one of the fastest Android devices on the market. If you didn’t like the “plastic”-feel of the Samsung Galaxy S3, you will probably also dislike the plastic case of the new model.

With Samsung’s new flagship destined to be a very popular Android phone, more custom ROMs are popping up on XDA from day to day. AOKP and CyanogenMod custom ROMs are available to download, although still in a very early stage. Since the phone is quite fresh, we have to see how much the device will be supported by the custom ROM scene. Especially Google’s introduction of a stock ROM version is quite interesting. 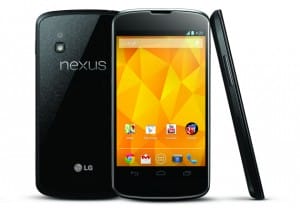 The LG Nexus 4 is Google’s current flagship phone of its own Nexus series. Priced at $299.00, it offers a fast 1.4 GHz Quad-Core processor and a crisp 320 ppi 4.7” display. I’m personally using this phone since January and I simply love it.

Being part of Google’s Nexus series, the latest Android version is always available for the LG Nexus 4. Sure, the specs can’t compare to Android flagships like the Samsung Galaxy S4 or the HTC One, but it offers great value for it’s low price. Unfortunately, the LG Nexus 4 battery is not removable and it does not have a microSD card slot. The camera is good, but has its weaknesses in the dark or while recording video in noisy environments.

The LG Nexus 4 custom ROM and modding scene is great. All important custom ROMs like CyanogenMod or ParanoidAndroid as well as a range of custom kernels are available. I can highly recommend the LG Nexus 4 for people looking for the pure Android experience. If you can wait a little longer, Google is expected to launch a new version of it’s flagship phone this summer. 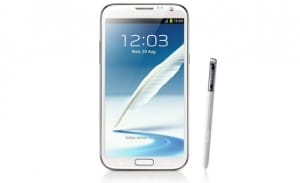 The Samsung Galaxy Note II is huge. The phablet – a combination of phone and tablet – has a gigantic 5.5” Super AMOLED screen with 267 ppi. Although the phablet does not have the latest tech specs anymore, it is still leader in its class. Samsung is expected to launch its successor later this year.

Just like with the Samsung Galaxy S4, the Note II’s plastic construction can be a negative point for some users. Using the phablet can also get quite difficult due to its huge screen – but I think that’s something you’re fully aware of when buying a 5.5” device.

With the Samsung Galaxy Note II being on the market since September 2012, the custom ROM and modder community is very active. All relevant custom ROMs like ParanoidAndroid, CyanogenMod or AOKP are available for the phablet. These custom ROMs are a great way to use the latest version of Android on the Note II. 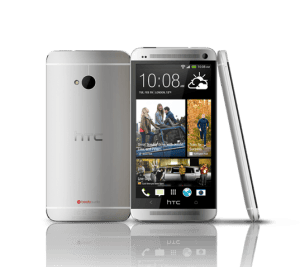 The HTC One is HTC’s current flagship device, which was released recently. Being the Samsung Galaxy S4’s main competitor, it has comparable hardware specs and comes with state of the art features. The 4.7” screen comes with 468 ppi and is the current leader in terms of pixel density. The phone comes with HTC’s “BoomSound” which are loud, front-facing speakers with a deep bass.

In contrast to Samsung’s flagship, HTC’s device comes with a high quality aluminium case and has a great look and feel. The phone ships with 32 or 64GB internal memory but no expansion slot. In terms of battery life, the Samsung Galaxy S4 outperforms the HTC One having a higher capacity battery, but both should last through the day. The battery is also non-removable.

It’s quite interesting that the HTC One ships with Android 4.1 and Sense 5.0 although Android 4.2 has been available since November. It always took HTC ages before updating to the latest Android version which is quite negative for advanced users. Luckily HTC supports the custom ROM scene quite well, so custom roms like CyanogenMod, ParanoidAndroid and AOKP are already available running the latest Android version 4.2.2. 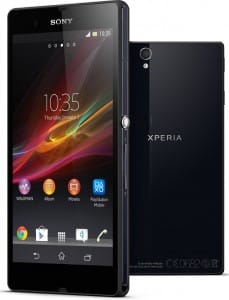 The Sony Xperia Z is Sony’s flagship Android device and comes with state of the art specs like the Samsung Galaxy S4 and the HTC One. In contrast to the other two Android phones, the Xperia Z is often forgotten when talking about the top phones, although it does not need to hide from them. Coming with a 5” 441 ppi display and a 1.5 GHz Quad-Core processor it’s one of the fastest devices on the market.

Unfortunately, the display is not as good as it sounds on paper due to a bad contrast ratio and viewing issues when looking on the display from different perspectives. The battery is not removable, which might be due to the fact that the Xperia Z is water- and dustproof. Other than that, Sony’s launcher can get quite laggy which can be easily solved by installing a new Android launcher. The Xperia Z ships with Android 4.1 but can be updated using custom ROMs.

The Sony Xperia Z custom ROM scene looks active, but not as big as with other high-class Android devices. All big distributions like CyanogenMod, AOKP and ParanoidAndroid are available.

Final Words or Which Android Phone Should I Buy?

Deciding which Android phone to get can be quite difficult. As mentioned above, I can only recommend to go for a phone that supports stock Android or has an active custom ROM scene. Depending on your budget, I would recommend to go with the LG Nexus 4 or with the Google Play version of the Samsung Galaxy S4. Both devices come with the latest version of Android and you’ll always get your updates as soon as Google releases them.

I will keep this page updated with the latest smartphones released. Want to give your current phone a new look? Then check out my guide on custom ROMs for Android or the best Android launchers available.

Got questions? Need help? Ask me in the comments below!