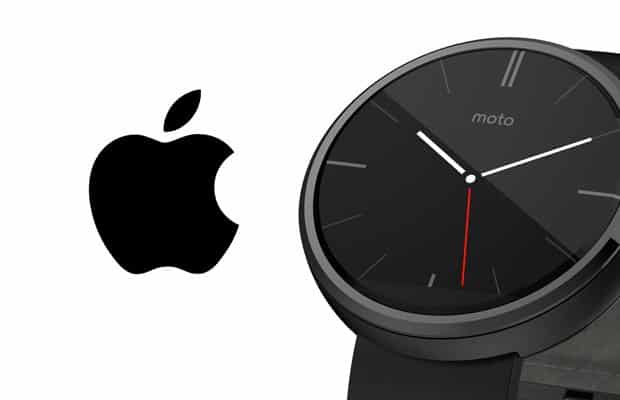 Yesterday, Google announced that Android Wear is now compatible with iOS. This does not come as a surprise, but is great news for iPhone users who previously only had access to the quite expensive Apple Watch. With the Moto 360 already starting at 149.00 this is a great way to use wearables with iOS. Android Wear works with the following devices: iPhone 5, 5c, 5s, 6, or 6 Plus running iOS 8.2+. In the following I’ll explain the most important topics about Android Wear and iOS. Please leave any questions in the comment section and I’ll make sure to answer them.

Officially, the amount of older Android Wear devices that work together with iOS is rather limited. However, in most cases a factory-reset will make older devices compatible with your iPhone. Confirmed devices working together with iOS are the following:

According to Google, all future Android Wear devices will work together with iOS.

Which apps are supported by Android Wear on iOS?

At the moment, only Google apps work together with Android Wear on iOS. Unfortunately third-party iOS apps are not supported due to Apple’s restrictions. At the moment it’s the following apps:

Personally, I think these are the most important things that most people will need. Especially given the low-price of Android Wear devices this is already a great start. It will be interesting to see if this is something that can be fixed by jailbreaking.

How to setup Android Wear on iOS

Here’s all that again in a video:

That’s everything you need to know to get started. Feel free to leave any questions below in the comment section.