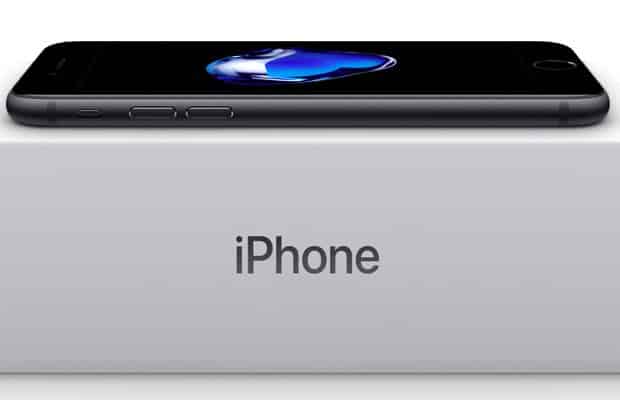 And so it happened – We bored you with all the leaks and rumors about the iPhone 7, and here it is, in all its glory. Not so surprisingly, many of those rumors turned out to be true, and Apple iPhone 7 does include those features. There are two variants of the new iPhone: iPhone 7 and iPhone 7 Plus

Let’s take you through what all Apple is offering with the next-gen iPhone.

Apple iPhone 7 and iPhone 7 Plus, What’s the difference? 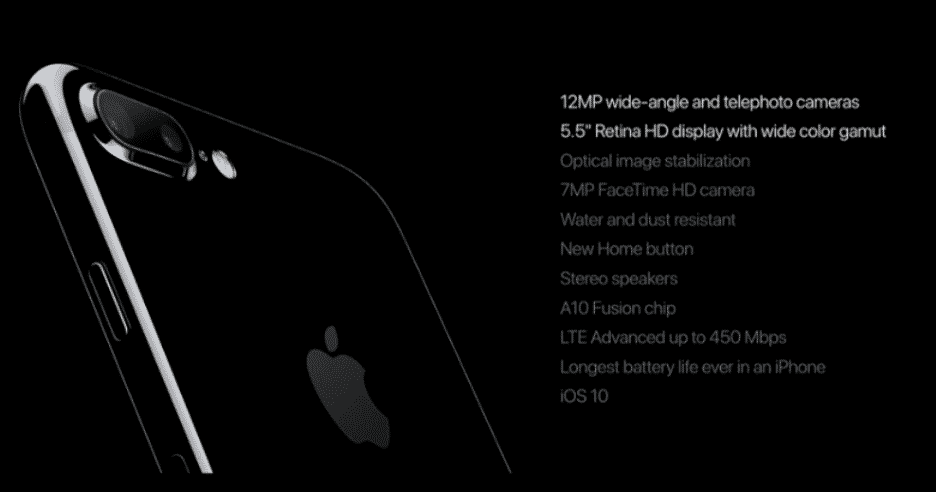 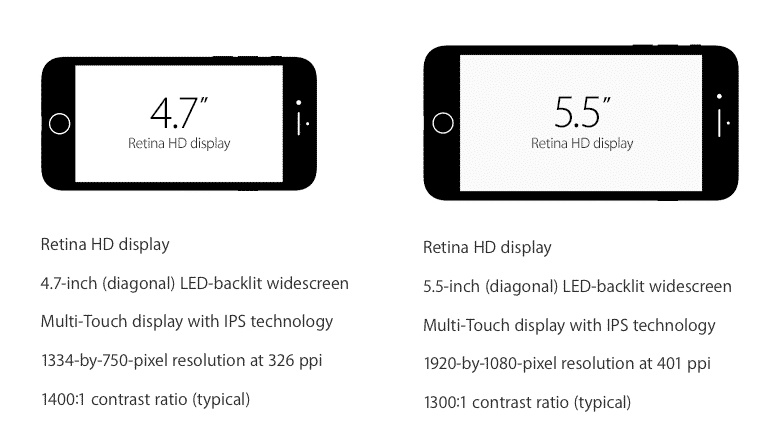 Talking about the design, we don’t see much change. However, the iPhone 7 is pretty shinier than the iPhone 6s! Apple claims to have used robots to make the aluminum insanely bright. The bright color variant is named as ‘Jet Black’. There is a stainless steel Apple logo on the rear, which mixes well with the shiny glass body. Also, there is a typical Black color variant along with Gold, Rose Gold, and Silver color options. The Black color model will be available in matte and gloss finish. 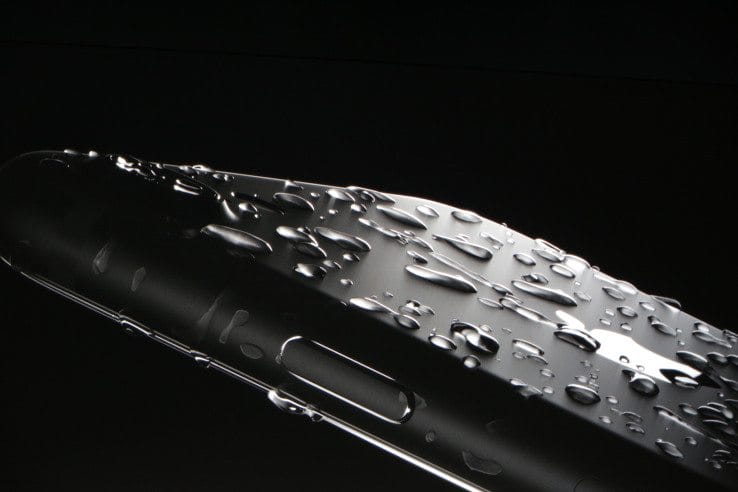 Just like we’ve seen on the MacBook, Apple has introduced the same force touch on its iPhone 7. It is embedded into the Home button. Apple’s Taptic engine, which feels like clicking but it does not actually click, just the feel. Like the rumors tipped, the iPhone 7 is indeed more durable than its predecessors. It is Water and Dust resistant, thanks to IP67 protection.

The most important feature of a device is its software and hardware. The iPhone 7 comes with a brand new processor – A10 Fusion, a four-core CPU. It has got two top-performance CPU cores (all four are 40 percent faster than the A9) and two high-efficiency cores, which run at one-fifth of the total power for battery saving.

Apple also has a new performance controller that determines which app is driven by which core. Throughout the launch event, Apple kept emphasizing on the better battery life on the iPhone 7. One can expect to get about two hours more battery backup on the iPhone 7 than the iPhone 6s. Also, both the iPhone 7 and iPhone 7 Plus run Apple’s newest iOS 10. The company will start rolling out an OTA update from September 13 for other Apple devices as well. 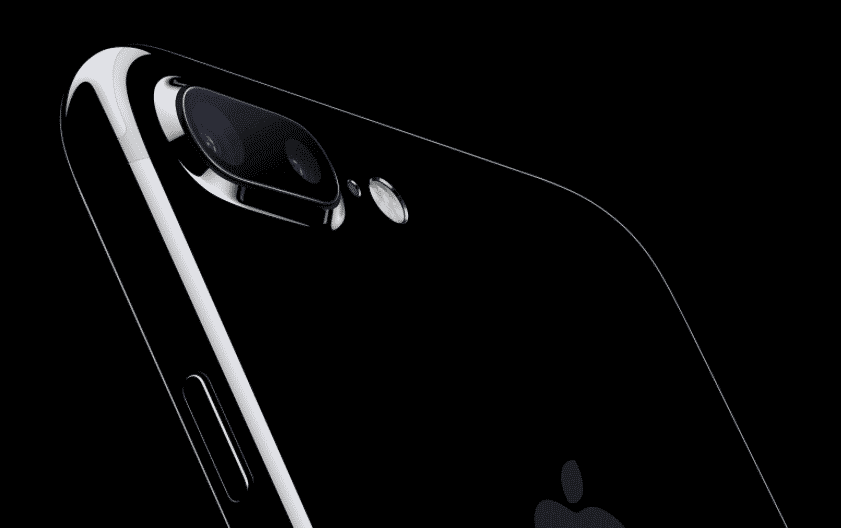 On the other hand, the iPhone 7 Plus comes with two 12-megapixel cameras lenses on the rear. The dual-lens setup enables the device to capture wide-angle images — one lens gets 1x zoom while the other gets the 2x zoom. Apple talked about an upcoming “Portrait” feature, which will offer DSLR-like image quality. Like DSLRs users will get a shallow depth of field when clicking pictures from the iPhone 7 Plus.

Apple iPhone 7 and iPhone 7 Plus come with stereo speakers – one is placed at the bottom while the other at the top. These speakers give double sound output than the iPhone 6s. As expected, Apple has got rid of the 3.5mm headphone jack. But, the devices will come bundled with a Lightning-to-3.5mm audio adapter so that you can use regular earphones too. 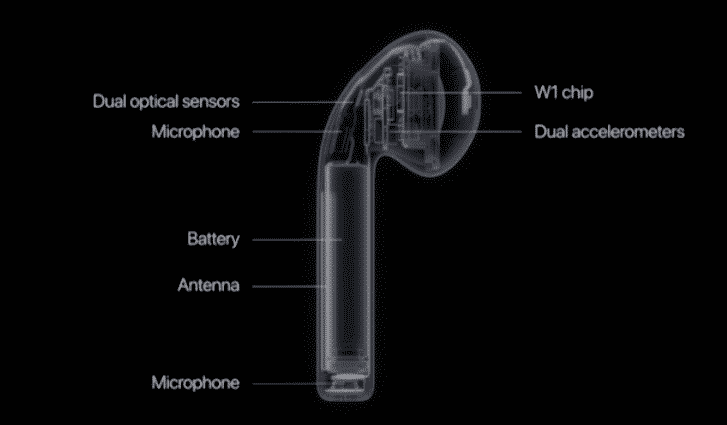 Apple also launched new wireless AirPods, priced at $159. These will not be a part of the device package, and users have to buy them separately. They pair effortlessly with Apple devices, thanks to the W1 chip inside Apple devices. These AirPods come with a charging case.

Countries that will get Apple iPhone 7 and iPhone 7 Plus in the first wave: 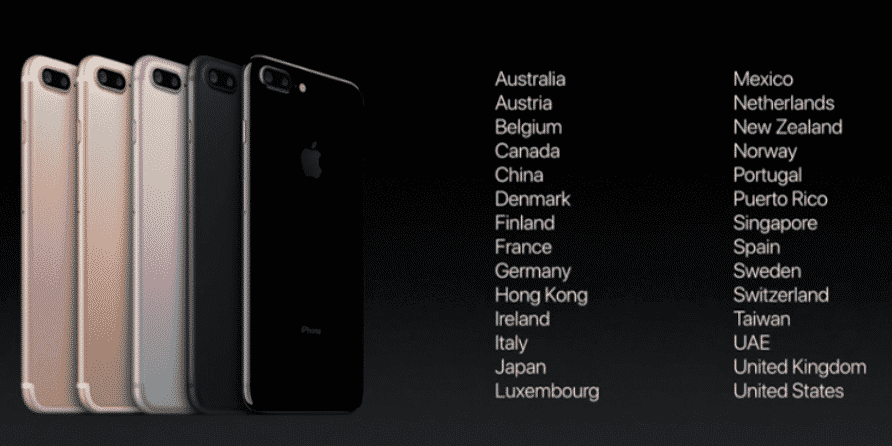