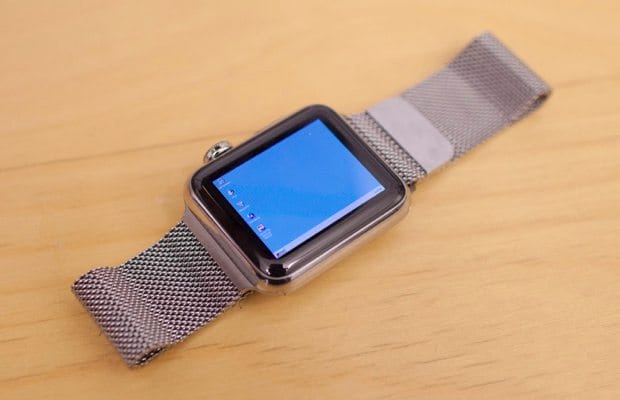 Windows 95 cannot be forgotten so easily, after all, it was the most functional OS in that period. Coming back to present times, wherein smartwatches have gained enough pace in the world of tech. A developer, Nick Lee, hacked Apple Watch and managed to run Win 95 on the wearable. As crazy as it sounds, the OS actually functioned on the watch, and boy, it looks pretty impressive too.

Nick posted a video of the Apple Watch running Windows 95 on YouTube. As we can expect, the OS performs slow on the watch, but it is functional. In his blog post, Nick points out that Apple Watch’s specifications are way advanced than the typical Windows 95 computer, which also means that it could handle the OS like a cakewalk. However, installing the OS on the wearable is not as easy as it looks as Apple does not provide any guide to make it work.

To make it work, Lee had to make changes to Apple’s development software, which he calls “rather unorthodox ways,”. These changes enabled him to turn Windows 95 into a Watch app, which also provided an ecosystem for the functionality. Another hurdle was the screen off feature on the Watch, to disable it Lee had to add a motorized tube on the Watch’s crown to keep the screen on.

The results are truly surprising, although slow, but cool enough. Interestingly, Lee also modified the Watch’s software to let Win 95 respond to a single fingertip. This is not the first time when a developer went a step ahead to make old-school software run on current tech toys. Earlier, a developer installed the classic game “Doom” on the Apple Watch.

Even though it looks thrilling to see Win 95 load on an Apple Watch, but we would like to suggest our readers to not try it. Given its slow functionality, not many of us would even think about trying it, but it is better to stay off limits right from the first sight.

Samsung is expected to launch a foldable smartphone by next year