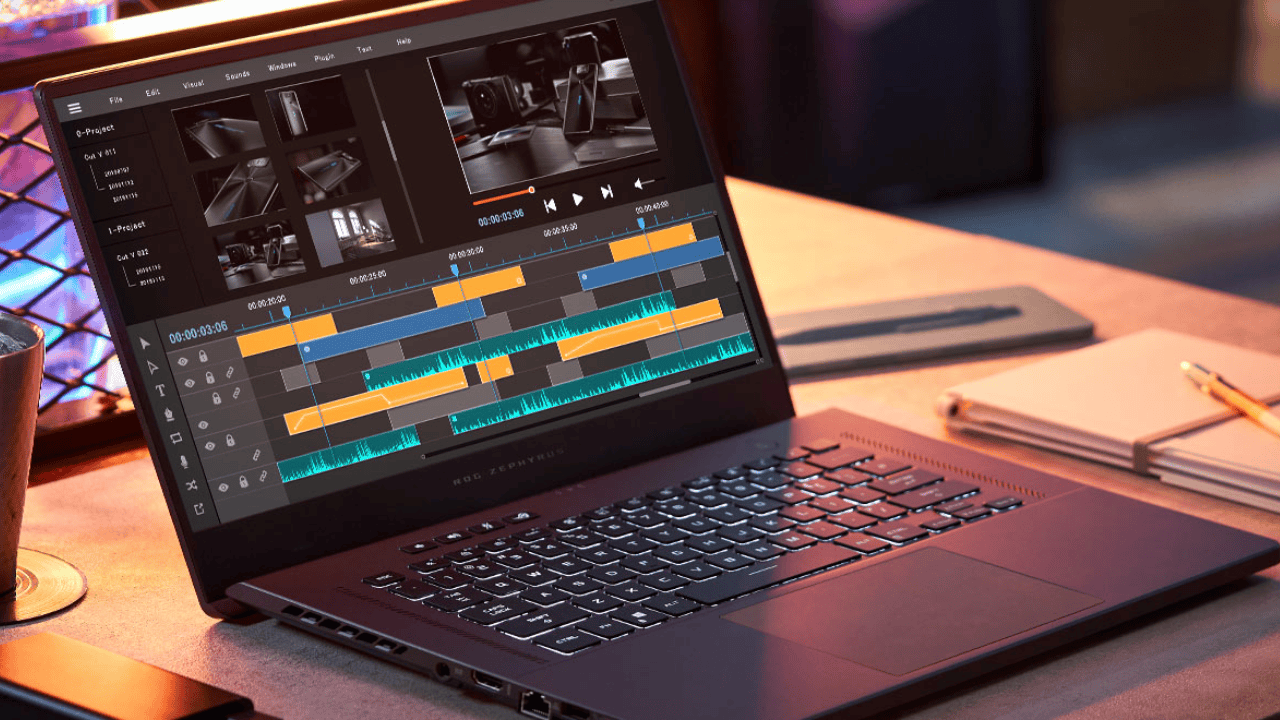 ASUS ROG ZEPHYRUS G15, As one of these, the ROG Zephyrus G15 has undergone a complete redesign with the addition of new hardware and enhancements. Additionally, the Zephyrus G14, which has just been released, has a larger chassis and is slightly more powerful, but it is also less efficient.

ROG’s #BeYouWithROG campaign, which was unveiled at the same time as the launch, encourages customers to embrace their individuality and tap into their creative side. The company hopes that by launching this campaign, it will inspire its customers to never give up on their dreams or their own abilities. 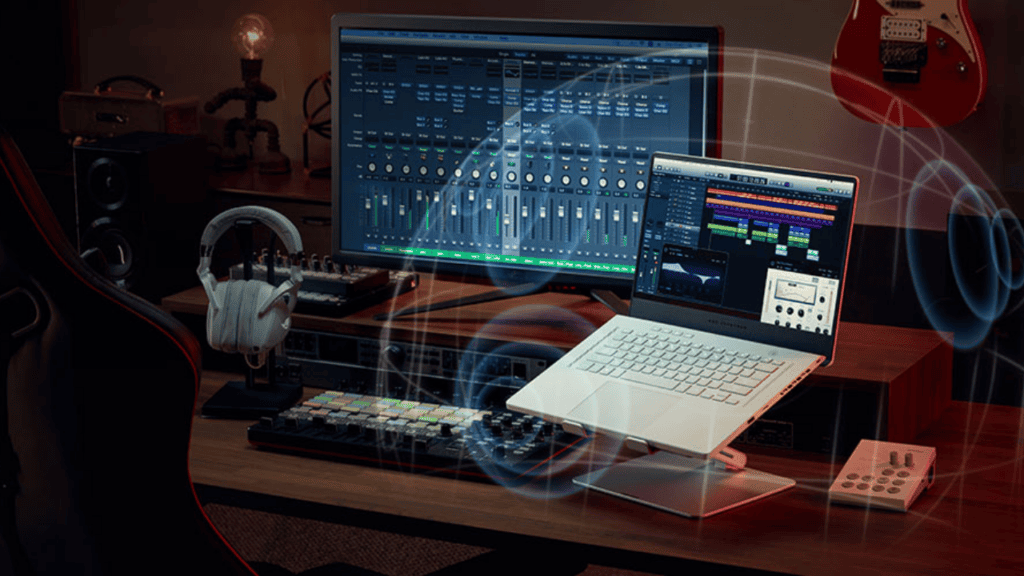 On the new gaming computers, Arnold Su, ASUS India’s Business Head for Consumer and Gaming PC, System Business Group, had this to say: According to him, “We at ASUS take pride in being able to deliver to our customers a comprehensive gaming experience. We are confident that the new Zephyrus and Flow lineups will deliver a whole new level of immersion to both experienced and novice players alike.”. Every time the machines are transported, the ultra-sleek chassis adds a distinctive look to the overall look. It doesn’t matter if it’s a gaming battle station or your home computer.

Features and Specifications of the Asus ROG Zephyrus G15

The AMD Ryzen 9 6900HS processor is included in the Zephyrus G15. Using cutting-edge 6nm technology, the G15’s core processor has eight cores and 16 threads, making it compatible with graphics cards up to and including the NVIDIA GeForce RTX 3080.

In addition, the AMD Ryzen 9 6900HS processor (with integrated Radeon graphics) and a separate Radeon RX 6800S GPU are both present in the ASUS ROG Zephyrus G14. 4800MHz DDR5 memory and a 1TB PCIe 4.0 M.2 NVMe SSD are both supported. Up to 16 GB of DDR5 RAM-4800 MHz (expandable to 48 GB) can be installed in the ASUS ROG Zephyrus G15, allowing for a variety of multitasking scenarios to be handled.

Combining the advantages of high-resolution displays and quick refresh rates, the Zephyrus G15 can be configured with either an HDR-ready 240Hz or 165Hz QHD screen. Adaptive-Sync technology provides full DCI-P3 colour gamut coverage, so you can game, stream, and create your heart’s content with stunning visuals. CNC milling is used to create the lid’s asymmetrical dot matrix pattern, which has 8279 evenly spaced holes across an extremely small surface area. When the light catches it at just the right angle, ASUS has added a prismatic coating that gleams from beneath, creating a faint but eye-catching shimmering appearance

Right now, it’s available on Amazon, but you can also get it through other places like Flipkart, ASUS’ online store, ROG Stores, Croma, Vijay Sales, and Reliance Digital. 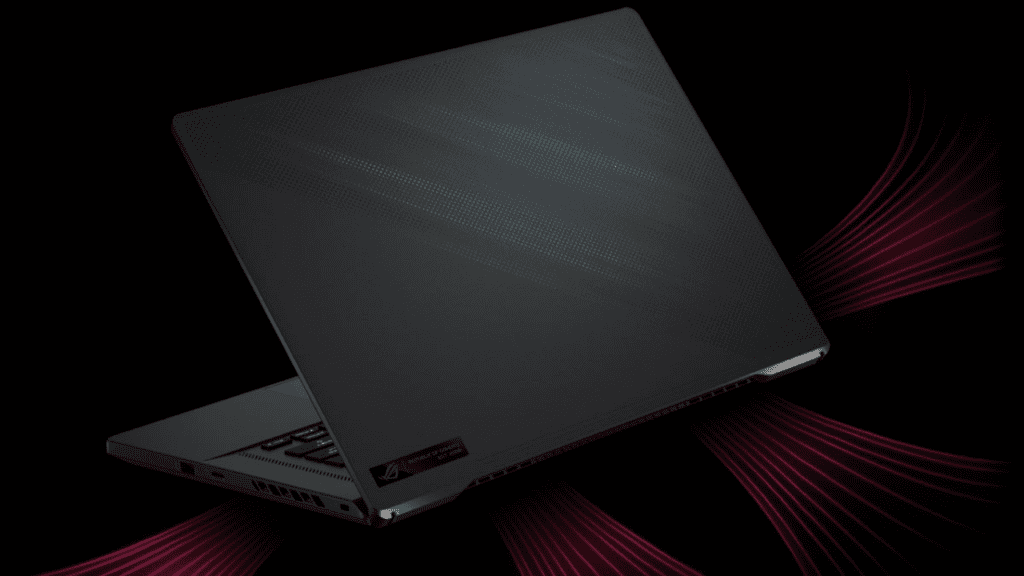 With a 15.6-inch QHD display and a 240 Hz refresh rate, the ROG Zephyrus G15 has an impressive display. The display’s Pantone-validated colour contrast and range are excellent. Adaptive sync display on the G15 synchronises with motion to eliminate stuttering while watching video. Dolby Vision, which enhances the content even further, is supported by the display. Obviously! Color vibrancy and accuracy in G15’s display will have you hooked.

Using the G15 for a month, I haven’t had a single boring moment. AMD Ryzen 9 6900HS powers the ROG Zephyrus G15. For multitasking, gaming, and everyday computer use, the 6nm chipset has 8 cores and 16 threads. The laptop’s frame rates don’t drop because of the NVIDIA GeForce RTX 3080 GPU, and it stays in sync with whatever tasks are thrown at it.

In terms of heat dissipation, Asus has done an excellent job with the G15. Heat can be expelled from the laptop via six outlets and two ventilation holes located near the keypad. I wonder what would happen if someone dropped any kind of liquid (cold or hot) inside the vent.

The vents do a great job of dissipating heat, but you can still feel it. Even when things get heated, they’re kept under control.

The battery life of the Asus ROG Zephyrus G15 is excellent. With its 90Whr battery pack, the G15 should be able to run continuously for 6 to 7 hours without the need for a backup power source. This is while the laptop is constantly running in a normal work environment. It charges quickly and is compatible with Type-C.

Wi-Fi 6E is supported by the G15, allowing it to recognise networks quickly and stay connected with ease. A 3.5mm audio jack is also included in the laptop.

In terms of performance, the Asus ROG Zephyrus G15 is a top-notch machine. The AMD-powered laptop’s smooth performance and NVIDIA graphics card complement its price tag of nearly 1.58 lakh. The G15’s QHD display adds a dash of flavour. The white background of the keyboard complements the backlit keypad perfectly. The G15, which weighs less than 2 kilogrammes, has a long battery life and a fast charge. A decent amount of heat is dissipated, and it has all the necessary ports for modern use. In general, the Asus ROG Zephyrus G15 is a well-balanced machine. 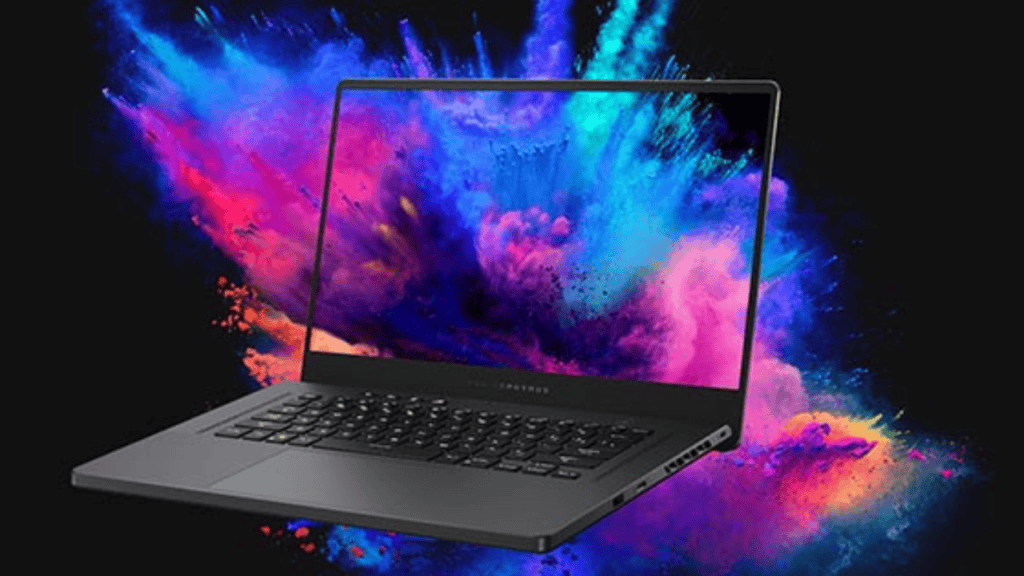 Q1: Is the Asus ROG Zephyrus G15 a good laptop for gaming?

Overall, the Asus ROG Zephyrus G15 is a solid gaming laptop that can handle most tasks. If you don’t compare it to other gaming laptops, you can put this one in the top tier of the market.

Q2: Is the Asus ROG Zephyrus G15 a good gaming laptop or not?

Overall, the Asus ROG Zephyrus G15 is a solid gaming laptop that can handle most tasks. If you don’t compare it to other gaming laptops, you can put this one in the top tier of the market.

Q3: Is the ASUS Zephyrus G15 worth the money?

The 15-inch Asus ROG Zephyrus G15 laptop is a capable all-arounder. It’s an excellent choice for everyday use, gaming, and even color-accurate work because of its powerful hardware, compact design, and responsive screen.

G14 is the best typer I’ve used, with quick and accurate response, followed by the M15. Which is shallower and more mushy than the G15. Backlighting is available on the G14 and G15, but not on the M15, which has RGB-lit keys

Q5: What is the lifespan of gaming laptops?

On average, mid-range gaming laptops can last between three and four years, while high-end models can last up to six years. While this is true, they can last longer with proper care and maintenance. A decade’s worth of software may not be able to run on the physical components in a decade’s time.