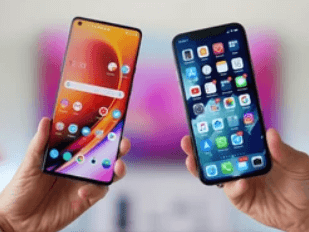 Ever since we got NFC (Near Field Communication) technology, we have one of its best features – Google’s Android Beam. If you haven’t heard of this app so far, you don’t know what you missed.

To get as much as possible from your Android’s hardware, you need to know what is beaming service and how it works. And that’s precisely why I made this guide for you. So, let’s start.

What is Android Beam, and how to use it?

As aforementioned, when we got NFC, we got Android Beam as well. The idea is to be able to share anything, from contact cards and pictures to web pages and YouTube links. And Android beam is making the sharing process more straightforward.

To use it, you need to make sure that your Android phone supports NFC. This can be checked in the connectivity menu, alongside WiFi and mobile data. You need to check NFC support on both of the devices you wish to pair. Once confirmed, simply put devices close to each other. Since you actually need to close their chips together, not phones themselves, guessing where the chip is can be tiring. Yet, I suggest that it’s usually located in the center of the phone, near the top.

If you made a successful connection, you should see a message “Touch to beam” on the device you want to send the content from. Just tap it, and you will see either necessary information or a Google Play Store app with a suggestion for the app you need to download.

Sometimes, you won’t see the Android Beam app specifically listed, but the option will be turned on by enabling NFC. Since Android Beam comes pre-installed on most Android devices, there is not much to do in case your phone does not support it. The only exemption from the rule is Samsung that created its own S-Beam app, similar to Android Beam.

S-Beam is Samsung’s own version of Android Beam that is using WiFi Direct for data transfer. Usually, thanks to WiFi Direct usage, files are transferred faster than if you are using Android Beam. However, the whole process is precisely the same. You need to enable NFC sharing and close your device’s chips next to each other for the beaming service to start.

As explained, finding the chip for Android Beam can be a tiring process. Nowadays, even the cheapest Android phones have some sort of a chip for NFC support, yet it’s hard to tell where it is. Since there are no rules, you might have two phones with chips on the opposite sides. Using it means wasting a lot of time looking for the right place to establish the connection. And if you think that locating the chip on your phone is hard, try to do so on an Android tablet.

In 2019, the newest version of Android OS had a flaw that made your phone vulnerable and exposed to malware thanks to NFC and Android Beam. Luckily, developers found this flaw in time before anything too bad happened. Yet, I would advise you to leave the NFC option disabled if you don’t use it frequently.

Lately, the beaming service is used for other apps such as Beep’nGo and other services using barcodes. Using the Android Beaming Service app, you can transmit barcodes found on coupons or loyalty cards easily and get your reward. Android Beaming Service app was the developers’ answer to Android’s vulnerability to NFC in 2019 and gave us a more safe solution to the problem. At least for now.

It’s yet to be seen whether Android Beaming Service is truly as safe. However, you should keep your NFC disabled, as I already mentioned, if you do not use it frequently. And when you need it, simply enable it. Navigate to Settings > Connectivity > NFC. Switch the toggle on and enable NFC and Android Beam at the same time.

You can find the phone you want to connect with directly from Settings instead of trying to find the chip on some phones. These devices are rare. However, it doesn’t hurt to try.

Now choose the device you want to pair with, and that’s it. As I said, it’s rare, but it doesn’t hurt to try before all this “looking for the chip” experience. Also, you can try to locate the chip directly on the website of the phone’s manufacturer.

Can you use Android Beam with a pop socket?

The answer varies from device to device. I had installed a pop socket on a Samsung Galaxy smartphone & never faced any issue with Samsung Pay & Wireless Charging.

Android Beam isn’t working for me. What should I do?

The android beam is no longer part of Google’s operating system. So, don’t expect it to work anytime in the future.

Back in 2019, when Android Q was announced, Google officially discontinued Android Beam. Therefore, it’s safe to say that Android Beam is DEAD.

Is there any Android Beam Alternative in 2021?

Now that the Android Beam app stands officially dead, Google had released its successor app Nearby Share in 2020. Since then, Google adds nearby share in every NFC-supported device.

Now when you know what is beaming service and what it is used for, you can think if you really need it and want to enable NFC. Leave the comment in the section below and let us know what you think.