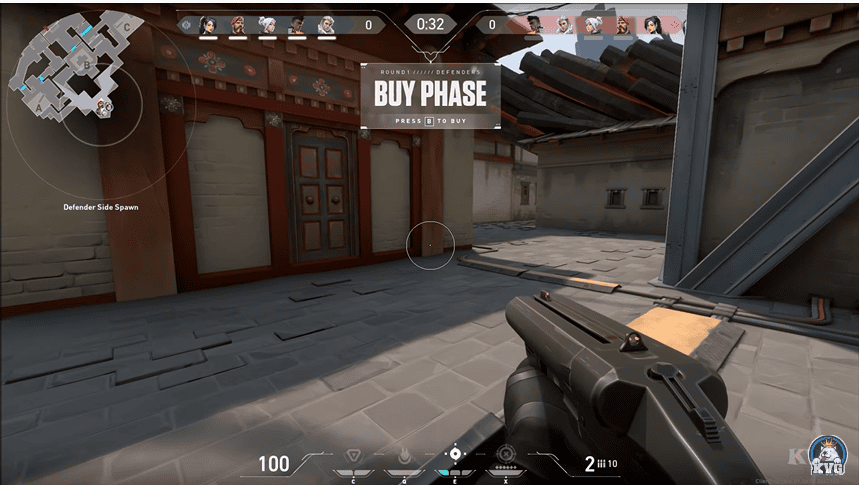 Who has not heard of Valorant – one of the best FPS titles in the world? And it is not even bragging when it is true. Valorant and the developers behind the game have done a marvelous job in creating a breakout game, especially in a category that is already too crowded.

When one used to think about First-person shooter games, their thoughts immediately go to Counter-Strike and Call of Duty. And it is understandable as the franchises are the gold standard. But Valorant has slowly but surely carved a corner for themselves in such a hyper-competitive segment.

Valorant is a highly fast-paced game with so much happening at every moment. But while there is no denying the fun quotient of the game, the experience could quickly turn into a harrowing one, especially for beginners. Naturally, it is common for beginners to struggle. But by following the below-listed tips to the letter, you can significantly improve your chances of success in a match. Moreover, you can check https://sidegamer.com/valorant-hacks to find more useful tips and tricks that work for beginners.

1. Choose the right agent for you

Valorant has a unique set of agents for their gamers to play as. They all have special abilities, strengths, and weaknesses that set them apart from one another. Choosing their preferred agent is the most critical decision a player has to make regarding their gameplay in Valorant. Depending on your playing style, you need to choose the right playing character. Otherwise, you would always be struggling in the game. And while you can always experiment a bit, you do not want to spend more time on characters that you are just not compatible with.

For players that are aggressive in nature, with an excellent aim, a Duelist might be the option to go for. For defensive-minded players, Sentinel or Controllers are significantly better options.

Something that cannot be emphasized enough, you need to learn the game’s mechanics to stand any chance of success in Valorant. Valorant is not a game where you can learn the controls as you go along. There is so much to know, agents’ combinations, hotkeys, abilities, and more. And in such a fast-paced, it is nearly impossible for one to do that. So, it would not be a stretch to say that learning the game’s mechanics can literally be the turning point for beginners.

You can easily follow some of the pro Valorant players on Twitch and YouTube and learn the moves from there without any hassle. These pro players also entertain their followers’ questions from time to time. So, following them could only be beneficial.

3. No need to fight everyone, every time

If you want to have fun and bust some heads, you can completely ignore this advice. But in case you are seriously looking to get better, you need to pick your battles wisely. There is no point in fighting everyone all the time. No, it is far behind to catch an enemy off guard and strike without allowing them to counter. This way, you can quickly eliminate your enemies without taking too much risk on your character—something every beginner needs to keep in mind when they play Valorant.

4. Play with your friends

Valorant is a team-oriented game. There is little chance for a lone wolf to win this game. You have to play as part of a team. So, to make the most of the experience, you should try to team up with players whom you usually play other online games with. This will significantly help your teamwork and your communication as well. Team games like Valorant need effective communication between teammates. And playing with your friends can enable you to do just that without any issue. So, if possible, you should play Valorant with your friends and not some strangers that do not communicate on the channel.

5. Improve your aim by a lot

As mentioned earlier, Valorant is an incredibly fast-paced game. Players would not be able to catch their breath for more than a second as the enemy team would be upon them in the next second. So, it goes without saying that your first shot could be your very last. And if that has to be the case, then why not make it count? Always try for a headshot. Spend some time practicing your aim.

So, if you are a beginner and want to improve your gaming skills, use all the tips and hacks mentioned above. You will surely get positive results.