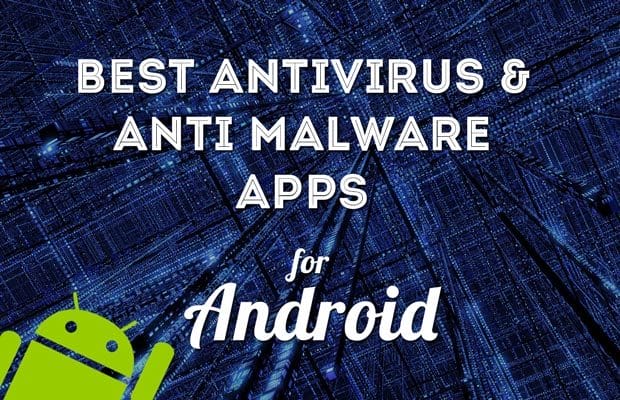 The importance or even the necessity of antivirus security for Android devices is still a hotly debated topic. One side would have us believe that the number of malware out there for Android is expanding at a near exponential rate, while the other side argues that to develop or sell an Android-geared antivirus software at all is a morally reprehensible act akin to selling fur coats to bears. While there isn’t conclusive evidence as yet to decipher which side is the more genuine or accurate of the two, it is starting to look as if, as is often the case, the truth lies somewhere in the middle. While the threat of viruses for Android is not in any way an imminent one, there is no doubt that there is quite a lot of malware out there for Android, though not anywhere near on the same scale as those available for personal computers.

That said, as the smartphone becomes ever more and more the dominant computing device in people’s lives, its role as a repository of important personal information becomes more pronounced. This means that the impact of even a single hack or successful malware infection can have far more devastating consequences that would have historically been the case. Increasingly, our smartphone has become home to our banking details, our online shopping accounts and our credit card numbers.

So, while viruses are still a limited threat when it comes to Android devices, antivirus protection is usually just one part of a package when it comes to modern Android security apps. Android antivirus apps now offer a whole host of safety features and securities to protect your phone and your information from those who wish to get their greedy hands on it. Today we are going to have a look at some of the main security suites available for Android right now and give a rundown of what they can do and why they might be useful for you. We’ve broken these reviews down using three main criteria. These are: Anti-malware proficiency, Anti-theft measure (how well it protects your personal information in the event your phone is stolen), and Extra Features.

A free software from the well-known developer, it is also one of the main competitors currently in the market and has seen a number of significant upgrades since its development.

Avast! recently received a 99.2% score in a lab study carried out by independent tester AV-TEST. This means it detected almost all malware contained within a 2,545 strong sample set. It also managed to avoid even a single false-positive (this is when a clean file is incorrectly identified as containing some kind of malware).

Avast! boasts an impressive list of anti-theft measures. It features a web portal that allows you to lock, locate and wipe your device remotely in the event of it being stolen. You can also set of an alarm which will state ‘This phone has been lost or stolen’ in what we have been assured is an impressively authoritative voice. This alarm can also be set to sound in the event of a SIM card removal, though if you do set this feature, its best not to forget you have done so, lest you find yourself accused of stealing your own phone! The only drawback is a lengthy set up and a less than user-friendly interface.

Avast! is one of the most feature heavy security apps on the market. As well as protection from the threat phishing scams from dubious websites, it also offers Firewall features where you can define which apps can access the web and how they are able to do this. There is also a privacy advisor feature that allows you to see quickly what permission have been granted to each app on your phone.

Another free software, though AVG possesses several features only accessible by upgrading to the Pro version.

AVG Antivirus Security received a 98.2% detection rating in the latest AV-TEST study which comes in just below the industry average. However, one thing in AVG’s favor is that you can configure your scan to look at not only your apps but also your messages and storage, making for added safety and security.

AVG possesses a remote portal that will lock or locate your phone, as well as a command to play the ringtone. That said, we found the portal a little confusing and hard to navigate. In addition the lock feature still allows access to the notification tray, meaning the GPS feature can be deactivated by someone who has the phone in hand. One feature we did like was the inclusion of an SMS activation facility, where you can activate the anti-theft features by sending a text from a friends phone, as long as you know the correct code.

As distinct from many other phone’s data wiping features, AVG gets a little more detailed by offering three kinds of wipes. This allows you to be more discerning about the kind of info you wipe. This would be a great feature if it was also an anti-theft measure (as you would be able to wipe the most crucial info and leave the rest on the off-chance the phone was found or returned), but, for some reason we can’t quite figure out, these detailed wipes cannot be triggered remotely. Hopefully AVG will remedy this oversight in future iterations.

A paid-for software that focuses on quality rather than variety, Kaspersky boast some impressive anti-theft and anti-malware chops.

Kaspersky was found to detect 99.9% of malware by a recent AV-TEST study, so it is clear this one is no slouch in the anti-malware department.

Kaspersky offers remote lock, locate and alarm features similar to the previous two contenders, however it distinguishes itself with a lock out feature that really does lock a would-be thief completely out of the phone. In addition, the remote wipe can be customized in advance so that you define what information gets wiped and what doesn’t. Overall, we found it to be have one of the best collection of anti-theft features available on the market.

Kaspersky doesn’t boast a massive list of additional features, choosing to focus instead on doing the main ones well. However, you will find a Privacy Protection feature that screens for apps that may be sending too much information to ad companies, as well as a call screening feature.

It doesn’t do much but what it does, it does damn well! Without doubt the best free malware protection available on Android.

With AV-TEST reporting scores similar to Kaspersky in this department, Avira keeps your Android malware-free without a single cent paid.

Avira also offers a remote lock, locate and Wipe option but with little customization available in this department. The remote alarm set-off is also reported to be particularly loud. That’ll learn ’em!

There isn’t a whole pile to speak of here, but then that isn’t really Avira’s thing. It concentrates instead on delivering top quality malware protection for zero cost and with an easy and straightforward setup and interface to boot.

Have you found an Android antivirus app that trumps those mentioned here? Do you have something to say on the concept of virus protection for Android itself? Be sure to leave any feedback or comments in the section below. We always like to expand our knowledge-base thanks to other people’s experiences.