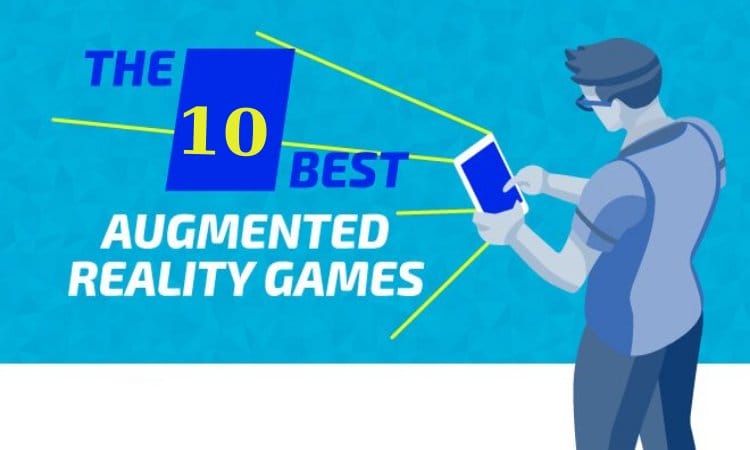 Augmented Reality goes back to 1968. A Havard computer scientist, Ivan Sutherland, built the first head display in 1968. From there, AR grew and became part of our lifestyle.

People have used AR in various fields, including space, Market predictions, and NFL. Other than those, AR has become a significant part of mobile or PC games. Today, youngsters spend almost 7 hours a week playing mobile games. Luckily for them, they can use AR to play games on their phones.

With an AR game, you get a chance to see the real physical world better. But today, in the AR market world, there are a lot of more extremely advanced AR games.

You might be confused as to which game to select as they are available everywhere. To help solve your confusion, you can play online casinos in India or select one of the following 10 AR games;

Pokemon Go is among the most popular and liked games worldwide. People of different ages have developed a liking for this game because of the high intuitive highlights and features.

With it, you can search your favorite Pokémon characters using GPS, and your current location becomes the playground. All you should do is get the Pokémon and earn your points, and you have a chance of teaming up with other players to find powerful Pokémon. It’s free to play, but it comes with some in-app purchases.

Zombie, Run! is a game full of excitement and surprises. It’s a fitness game where its environment is known as Abel Township, a small town trying to finish zombies.

In this game, you will need to run at a comfortable speed and even listen to uninterrupted music. However, in case of zombies getting near you, you may need to run.

The Walking Dead: Our World

The Walking Dead (Our World) is among the top AR games and has won the Webby Awards and People’s Voice Award three times.

It’s a zombie game where the user needs to fight zombies for survival and save the world from their attacks. This game allows for upgrades of guns, protecting accessories, and unlocking advanced characters.

You play a board game on mobile with Knightfall. It takes you to the world of Knights and Warriors, whose primary focus is to defeat Acre from the enemies.

You can also earn gold, push warriors back and reinforce your defenses while in AR mode. As you kill more enemies, you will have a chance of unlocking new features and new challenges.

Temple Treasure Hunt is an AR game that utilizes geolocation for support. It has tons of mysteries, legends, and adventures that make it unique. Its scope is easy, and you can even be a treasure protector or a hunter.

First, however, you need to follow the interactive map the game will give you for both choices. This game is excellent, especially if you want to familiarize yourself with playing online casino games in India.

Sharks in the Park

This game is among the first geospatial reality apps to use motion and mixed Reality for a fantastic experience. It requires you to be outside as it uses GPS to navigate players around nearby areas.

Sharks in the Park is underwater-themed. When playing, you will feel deep diving in the water and explore sea creatures. You can walk or run depending on the instructions.

For the Harry Potter: Wizards Unite, you are presented with the World at Hogwarts in your environmental factors. If you love Harry Potter, this would be your perfect game. It requires GPS to be on at all times, and you can customize the game to your liking.

You will choose your wand and the house you want to be in. You will be introduced to new characters and need to move around and fight some mythological characters from the Harry Potter environment.

With Smash Tanks, your tabletops get turned into a war zone. Your reaction is supposed to be fast so you can dominate the match. You can play with your friends in a different place, on the same device, or with an online multiplayer.

To win, you are supposed to eliminate your opponent’s tank. While playing, ensure you use swipe features and special power-ups but ensure your opponents do not get a power-up.

Jurassic World Alive is almost the same as Pokemon Go. Here, the environment you are in becomes the battleground where you catch dinosaurs.

For more points, find rare dinosaurs, and you can go to the lap and create new hybrids of dinosaurs. You are supposed to battle another team for teams and open the daily rewards and bonuses. This game also has many in-app purchases that you can choose to make.

By trying to play AR games, you will be escaping from the real world and have fun in the virtual world. Therefore, you can consider choosing any of the above AR games to start your journey.