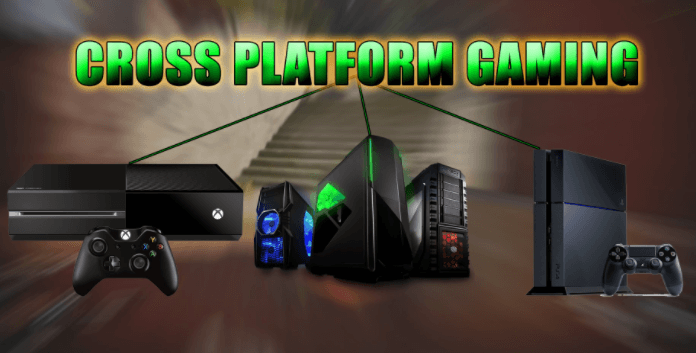 How many times have you caught yourself meeting fantastic guys online? These days there are more and more ladies who are having the same interests as you do. Playing your favorite game with a great team can be a relaxing thing on lazy weekends. But you come up with one problem, and you are not playing it on the same gaming platform. You have a PS4 at home, but your friend has a PC, and you are instantly disappointed because you need to make compromises. So here we go, we are finding for you the best cross–platform games for PC and PS4. We’ll give you our suggestions for games, mostly competitive ones, that are definitely going to make your time on PC/PS4 way more interesting.

Note: Get Now PS4 Games in the US PSN from abroad

Call of Duty – Legendary game with a legendary story

No matter if you choose “Modern Warfare ”, “Warzone”, or “Black Ops Cold War”, you are going to experience a unique first-person shooting without going to the military. “Black Ops especially brings a lot of joy, because it’s happening in the 1980s during the war for world power between the USA and the Soviet Union. All these games are coming from 2019 onwards and are available for multiple platforms, but most importantly, PC and PS4. You can play this game by yourself when your girl or wife is not around—also teaming up with a couple of real or online friends and making perfect paramilitary formation that will bring the unreal experience of survival and teamwork. You want to shoot but not to get shot? This is the ideal cross-platform game for you and your friends!

A most popular cross-platform game that faces tremendous growth, especially during this crisis where everyone was at home. Exciting game with a “childish” design that requires outstanding motoric skills to survive in this 1v 100 Battle Royale, the last man standing competition. A mixture of Bear Grills skills in “Survival” and Bruce Willis’s in “Die Hard” must be #1 in this game. Different game modes give you options to play in single-player, duo or squad mode, depending on how many people you can gather. From year to year, this game is being nominated for many different awards in the gaming industry. You will make a huge mistake if you don’t try it, especially since it’s available as a cross-platform game for PS4/PC.

Final Fantasy – Science fantasy coming up from Japan, home of anime and mangas

This is an outstanding role-play game that focuses on battling evil. Like many RPG’s this game as well use an experience system for scaling your characters. This experience gives you better battling power when it comes to fighting with your enemies in the game. Besides basic experience skills, this game is giving you “Magic” skills. Different magic types are giving you versatile possibilities for defeating your enemies. If you ever played “World of Warcraft”, “Assassins Creed” and read “Manga’s” or watched anime’s, he will be a perfect mix for you. Great story, great graphics, and Japanese mentality in these games bring you specific feelings while playing this cross-platform-based game available for PS4 and PC.

Dauntless – You are a monster slayer

What else could you wish for in this fantastic cataclysmic fantasy game? Some think that defeating an enemy and mystic creatures is an easy task, but they are wrong. Only a good combination of skills and attack moves can bring down your enemy. Sometimes those attacks can take up to 20 minutes to finish only one task, which sometimes can be really frustrating, especially if you fail. But believe me, it’s worth it. After slaying another enemy, rewards from that win are amazing, but even more feeling of what you did.

Paladins – Champions of the Realm

Finally, a fantastic teamplay cross-platform game that can bring your friends a lot of joy. You are playing in a “Realm” fantasy world FPS ( First-person shooter ) game that can’t be won without excellent teamwork. You choose a champion that can belong to different groups such as “ Magistrate” or “Resistance”. It also gives other fractions that are independent and can be way more enjoyable to play. Those are “ The Abyss”, “ The Thousand Hands”, “ the Pyre”, and “ The Darkness”.

Here are some of the classics that are not negotiable for trying out.

Rocket League – Best game for football ( soccer fans, depending on your country ) and racing car fans.

The game brings you the ultimate competition experience in different ways. As much as it looks like a Champions League fight for the championship, it also looks for a championship belt in MMA. A mixture of indoor football and extraordinary cars with demolition abilities are raising football to another level. Playing alone or with friends, there is no doubt that you will have fun with this game. Cross-platform-oriented, available for PC and PS4, most played consoles recently, are going to put this game on top of your list, especially when playing with friends.

Minecraft – Do we need to say anything else?

This game gives you the freedom to do whatever you want. A sandbox game has some achievement system that is pushing players to fight for “trophies”. The beauty of this game is that the world can be endless and only depends on players imagination. Choosing between different game modes such as “ Survival”, “ Hardcore”, “ Creative”, or “Adventure” are going to give you various tasks and put your creativity to the limits. That’s why playing in multiplayer mode is way more interesting, especially for youngsters, who are very creative at an early stage, and I’d recommend this fantastic cross-platform game for kids to develop their creativity skills.

Let us know in the comment section below, do you reckon any of these games mentioned above and feel free to write down what’s your favorite CROSS-PLATFORM game