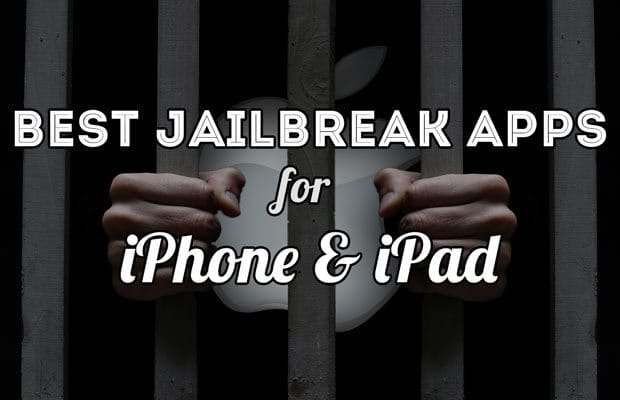 These are the Best Jailbreak Apps for your iPhone & iPad

Thanks to Pangu 9, iOS 9 is now jailbroken. As 2016 gets underway that means that more Apple users than ever have access to a vast range of apps and tweaks that can make their iOS8 or iOS 9 iPhone, iPod or iPad more productive. Though it has been pretty quiet on Cydia this early in the year, certain apps and tweaks are worth considering so we’ve taken a look at some of the best.

Tonight there’s gonna be a jailbreak

So what is jailbreaking? Think of iOS, Apple’s operating system, as a jail cell. You are restricted to software from the Apple store. Now plan a jailbreak and use apps like Pangu 8 and Pangu 9 to break those iOS 9 cell walls down. Now you’re free to download apps and extensions that aren’t available at the Apple Store. Jailbreaking removes restrictions and makes lots of great extras accessible, including some of the best jailbreak apps for iPhone. Once your phone is jailbroken you’ll see a new icon for Cydia on your home screen. Just click on it to find essential tweaks and the best jailbreak apps for iPhone in seconds.

Cydia is a unique directory that continually updates the latest and best jailbreak apps for iPhone. As the year progresses, new apps and tweaks become available and 2016 might prove to be one of the most exciting to date.

No list of the best jailbreak apps for iPhone would be complete without Activator and the iOS 9 version is perfect if you want improve the overall function of your handset. In layman’s terms, this useful tweak designed by Ryan Petrich allows you to assign different functions to your touchscreen buttons and more. For example, if you were to drop your phone and lock the ringer you could assign the function to a different button rather than having to scrap it. Activator is listed under ‘Extensions’ on your settings page and it lets you extend the functions and keypad behaviour in dozens of great ways. Launch apps with a three-finger swipe, or play music at the press of a button, the choice is yours with this terrific personalising tool.

P.S. You’ll find some of the latest tweaks and best jailbreak apps for iPhone in Ryan Petrich’s personal Cydia repository. One of the newest is Treadmill, a fun tweak that enables you to see exactly how much scrolling you do in real time.

Theming apps are highly popular and many people will automatically think of WinterBoard. However, Anemone is a great alternative. Unfortunately, you can’t have both WinterBoard and Anemone so don’t forget to save any installed themes from WinterBoard before you delete it. It’s also worth installing ClassicDock from Cydia to ensure that Anemone runs smoothly.

An added temptation for music lovers, SpotAlarm is one of the best jailbreak apps for iPhone. It’s actually more of a tweak, but it’s free from Cydia’s BigBoss directory and it’s fun. It lets you set your favourite song from Spotify as your new alarm tone and takes just minutes to install.

There are lots of extras that iPhone 6s and 6s Plus users have access to that aren’t available if you have an older phone. Some of the latest and best jailbreak apps for iPhone allow you to access certain features without upgrading your phone.

Untethered Hey Siri does just what it says on the packet. iPhone 6s and 6s Plus users can use Hey Siri without a power connection but if you have an older phone you can only do so when you’re plugged in. Let Hey Siri off the leash with this app and use it on the go from any location on your jailbroken phone.

3D Touch has to be one of the standout updates on iOS 9 phones like the iPhone 6s and 6s Plus. Quick Action is one of its real advantages and this clever feature lets you access menus or specific parts of an app when you hard press on its icon. The Maps app is a good example. Hard press the icon on an iOS 9 phone and you’ll be shown the way home. Now you can enjoy the same feature on older phones with RevealMenu.

Do you have your own list of your favourite jailbreak apps for iPhone for 2016? Why not share them with us in our handy comments section, or let us know your views on any of the apps we’ve featured?

How to transfer WhatsApp messages from Android to iPhone