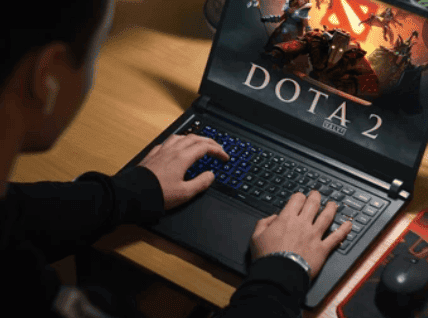 There is a lot of people who bought themselves Apple MacBook for business. Due to its outstanding performances and user-friendly interface, it’s trendy among designers, programmers, creators, and many more. We do not deny quality of best apps for MAC. But to play games on it was always a headache for its owners. Everyone from time to time wants to relax alone or with a couple of friends by playing some exciting game and forgetting about problems. In recent years, you didn’t have that many choices when playing games on MAC. But with the development of their new chipsets called “M1” for Mac Mini, Macbook Pro, and MacBook Air, they showed enormous potential to play games since you have better performances. That’s why I’d present you with my favorite games for MAC. Some of these games are definitely going to fulfill your time with a lot of joy and fun while playing.

So, let’s start from the bottom.

The return of Obra Dinn

Amazing first-person role-play historical game available on for MAC OS. Year, 1807. You are playing chief inspector for East India Company. The missing commercial ship named “Obra Dinn” is missing for five years, but suddenly it shows up on the England coast, without a living crew. So you find yourself at that ghost ship, with a mission to reconstruct events and determine the fate of all 60 souls on board. If you watched the “Memento” movie, this part would attract you even more for this game. You are using “Memento Mortem,” a pocket watch that brings you to the time of death of a particular corpse. Its graphics are not even close to modern games, but precisely that monochromatic style is something special about this game that takes place #10 on our list.

Fantastic game for fans of the comic and show “The Walking Dead.” Same as comic, the world of this game is fictional. Location: Georgia. The zombie apocalypse is leaving a marked trail on life around. You, as a university professor, are taking care of young girl Clementine. Finding her parents is your mission. Storytelling and building characters are the main topics. This game won the “Game of the year” award in many publications. Since it’s considered one of the best video games of all time, we highly recommend you try this one on your MAC.

An exciting action-adventure game that was believe it or not, funded partially through the “Kickstarter” crowdfunding program. That shows you how many people support this game. And it’s available for your MAC device.

The ancient, plague-infected kingdom is home to various insects, also known as Hallownest. As a nameless knight, you need to travel through Hallownest and fight champions and their bosses to develop abilities. Every won fight is opening a new mysterious part of the kingdom. The game showed fantastic responses from players, and very soon after he first part we got “Hollow knight: Silk song.” An exciting game with specific graphics will surely make your time a lot more interesting.

Whoever is a fan of strategy games is going to be amazed by this one. Power in the world is the primary goal. You can reach that by achieving substantial technological development, military destruction, or cultural influence over your opponents. The exciting part is to outsmart your opponents and to reach your goals faster than them. Fighting, research, development, trading, negotiating are all parts of that big world plan. What order and how much focus you will output on any of those depends only on you and your strategy. New in this game is that you can use districts out of the city center for building. The game itself has several expansions; all of them are available for gaming on MAC devices.

Racing brings me a lot of joy personally. That’s why I am putting “Dirt 4” at the top of my list. It’s not classic circle racing, but a lot of skill is required to catch perfect drifting corners, shifting, and crazy stunts that sometimes can play out better than you imagined. Of course, this experience is way more interesting if you are using racing wheelsets or even better play-seat if you are in a position. So check out do you have the potential for a racing career by playing on your MAC device.

The first conversion to MAC devices showed fantastic responses from players since it’s released in 2021. FPS ( First-person-shooter) survival horror. Location: Russian Federation and the Republic of Kazakhstan. A post-apocalypse situation where you face many hazards, and if you watched any documentary about Chernobyl, you know what type of creatures you can expect to fight with. The whole game is going through an entire year, where you can see in-game weather changes based on the season, day-night cycles, and many more outstanding features. Excellent graphics with a combination of linear levels and a sandbox environment are definitely going to leave you speechless.

Whoever played World of Warcraft or Dota will be amazed by this game. One of the best multiplayer RTS games that were ever made. The game is played 5v5, which means you can find a couple of friends and build a team or join four random people from other parts of the world. Anyway, you will enjoy it.

If your parents tell you not to play this game, tell them that the prize pool for “International” is around 40 Million USD. I believe they will reconsider their decisions. Magicians, brutes, cunning rogues, and many more are waiting for you. The champion pool is enormous and limitlessly different. A lot of skill, teamwork awareness, and quick reactions must be on the top ladder of this game. But it’s possible. My favorite choice for gaming, even on MAC devices.

If you have any other suggestion about games for MAC, I’d love to hear it. Please, leave the comment in the section below.