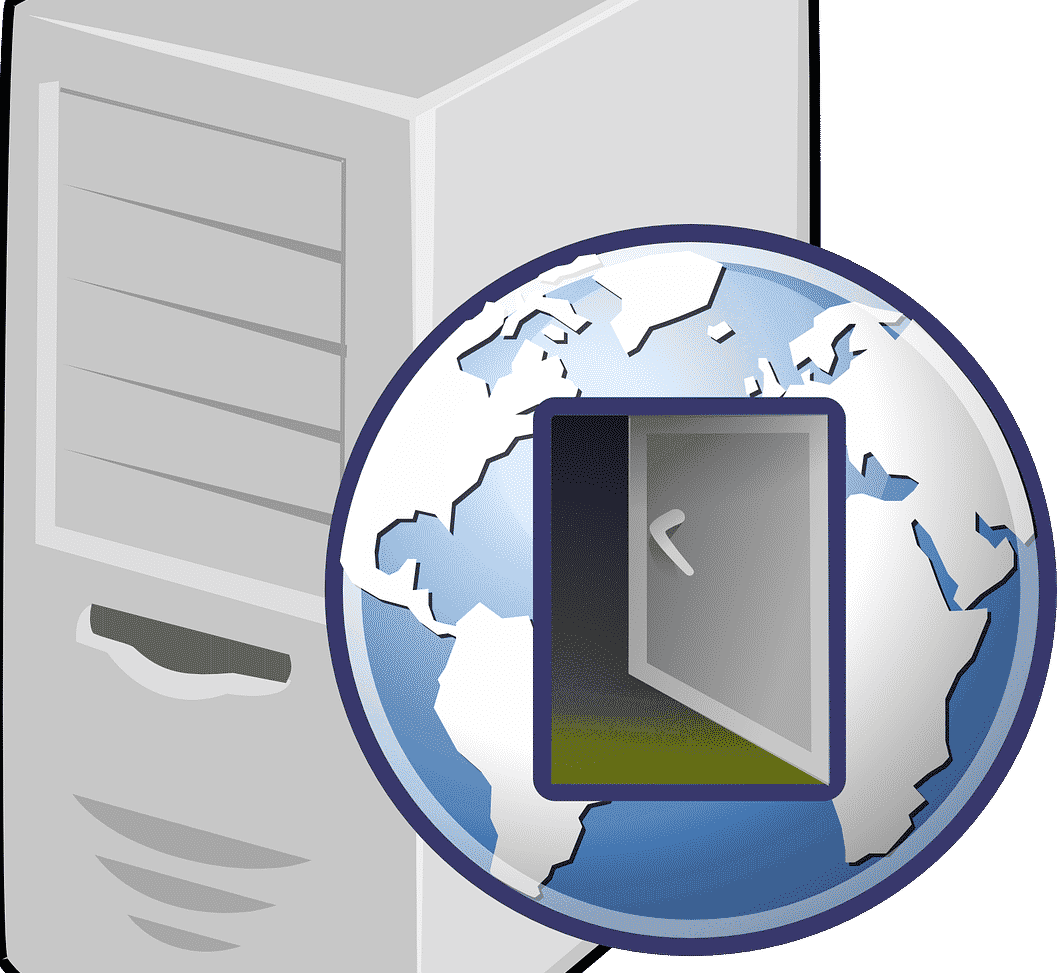 In my never-ending quest to thwart the evil forces of the National Security Agency, I am always trying out new ways to conceal who I am and what I am doing online. I am not doing anything illegal or morally questionable (unless you count David Hasselhoff music as ‘morally questionable’). I’m simply of the fierce belief that it is nobody’s business, except my own, what I do online. One method I use is to constantly look for the best virtual private networks.

A virtual private network (VPN) preserves my privacy by concealing my location. There are many reasons why you would want to conceal where you are. First, marketers and even your ISP provider like to collect this sort of user information to help compile dossiers about you which can be sold to the highest bidder. Your IP address, which identifies your location and then your computer, can also be used by hackers to break into your network.

Finally, spoofing your location enables you to get around geolocation-dependent sites such as Netflix, and in some cases, YouTube videos not available in your actual country (“Saturday Night Live” for example does not allow anyone outside the US to view their videos). Although recently Netflix and other streaming video sites, such as Hulu, can automatically detect if you are behind a proxy server and if so, block you. VPN companies used to make it a priority to get around these new restrictions, but as one VPN company told me recently “we have more important things to focus on right now, than someone not getting the new season of “Orange Is The New Black“.

But to date, a VPN still works for BBC iPlayer if you are outside the UK (at least for the moment – the BBC is always making noises about emulating Netflix and blocking non-UK viewers). 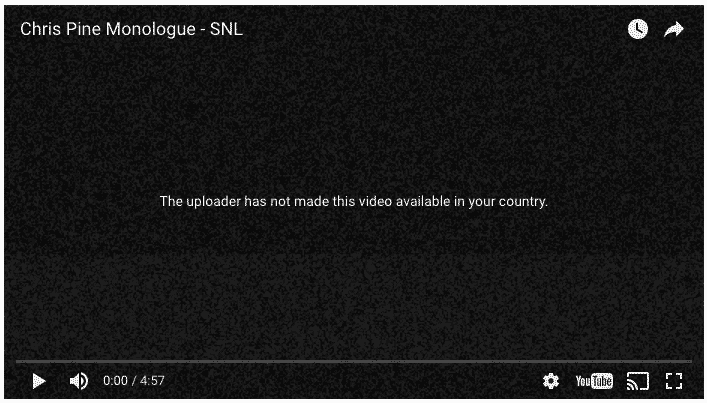 Changing and concealing your IP address is not a big deal. In fact, once the VPN software has been installed, it is a simple case of clicking a button and waiting for the VPN to connect. The VPN will then redirect your web traffic onto their servers in the country you specified, making you invisible and impossible to track. Impossible because VPN companies do not keep logs of who used their service when to visit where. So if the government and law enforcement came knocking, the VPN company would have literally nothing to give them.

Saying that, before signing up for a VPN, you should always ask them first what their policies are towards law enforcement approaches and how they deal with court orders. You should also get them to confirm they don’t keep user logs.

The one big downside of a VPN, in my opinion, is that your web connection will start to get sluggish and slow down at various points. After all, you are now at the mercy of the VPN company’s servers. They go slow, you go slow. The generally accepted method is to either a) turn if off then back on again, or b) choose a VPN server closer to where you live (the one furthest away are the slowest). So since I am in Germany, I tend to stick to servers in France, the Netherlands, and sometimes Spain.

So which ones are the best? We took several on a trial run into the laboratory to see what works and what doesn’t.

Before we start, an important point should be noted. Do NOT use free VPN services. VPN companies are like any other company – they need to make a profit somewhere. So if you are not paying them, that means selling your user information to third-party companies – which defeats the whole purpose of using a VPN in the first place. As you know, I like free stuff, but sometimes you have to pay for something to get the full benefit of it.

So we will only be looking at paid options, which will run you to no more than a few dollars per month. One less Starbucks coffee a month in exchange for your privacy. That’s a good deal. 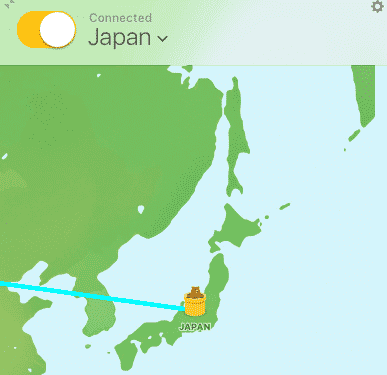 Up until recently (when I discovered ProtonVPN – more on that in a moment), Tunnelbear was my all-time favourite VPN (I am a beta tester for Tunnelbear by way of full disclosure). It was literally a case of “install it then click the switch”. Even the village idiot couldn’t mess this up. You just choose your country, click the “connect” switch, and you’re off to the races.

There is also a built-in feature which will temporarily block your Internet connection if you lose your Tunnelbear connection for a moment (thereby preventing any accidental revealing of your location). 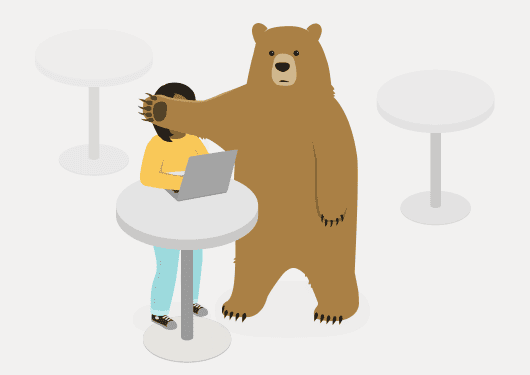 Tunnelbear has come a very long way over the years. It used to be a teak wood radio-type machine with blue sound-waves. Now they have designed a stylish map (see above), where you can see the bear tunnelling to different countries.

You get a very limited amount of data for free (which can be slightly supplemented if you tweet about them and tag them in the tweet). But that limited data is used up very quickly, forcing you to upgrade if you want to jump onto BBC iPlayer. Unlimited data can be had for a very reasonable $5 per month, with no minimum commitment.

Tunnelbear is available for Windows, Mac, iOS, and Android. They also provide browser extensions for Chrome and Opera. The team is also extremely friendly and helpful. 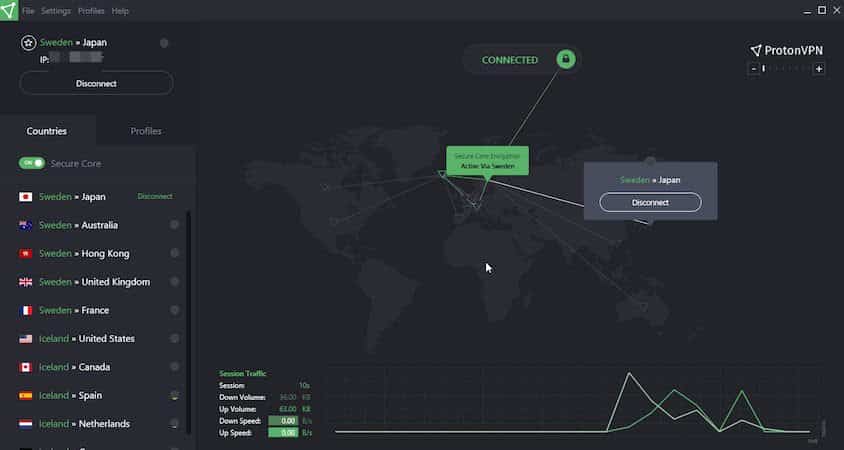 ProtonVPN is a new arrival to the VPN industry, but the kicker is that it is only available to paid users of Protonmail, which is encrypted email based in Switzerland. If you are paying the few bucks a month to unlock more Protonmail features (and also help keep them in business), then look upon ProtonVPN as a fringe membership benefit. And it is well worth it. I am so blown away that Tunnelbear and I might be getting divorced.

ProtonVPN has a cool feature called Secure Core. This is where it protects you against the possibility that one of their servers may be “compromised” in a high-risk country (such as the US). It protects you by redirecting the traffic from that compromised server to ANOTHER server in ANOTHER country. So essentially you are being rerouted through two proxy servers simultaneously – without any noticeable extra speed lag. Choose a pair of countries closest to you to increase the VPN speed. I tried France–>Sweden and there was no difference in speed whatsoever. Extremely impressive.

If you want to use ProtonVPN, sign up for Protonmail and then upgrade the email account to a paid one (which roughly comes to almost the same price as Tunnelbear). Then sign into ProtonVPN with your email credentials.

Currently there is only a Windows version of ProtonVPN but technically you can get it to work on Mac and Linux with a bit of finagling. 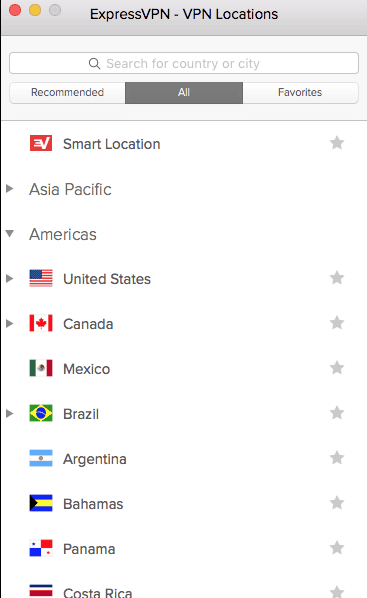 I have heard many good things about ExpressVPN, and the fact they have servers in places like Costa Rica, Panama, and the Bahamas makes them unique. Not many VPN’s have diverse locations like this – VPN’s normally stick to the usual places – North America, Europe, Asia, and maybe Australia. But ExpressVPN goes to a few other places in between, 145 servers in a total of 94 countries (Mongolia and Bangladesh!). You can see the total list by going here and scrolling down.

ExpressVPN is priced slightly more expensive than Tunnelbear and ProtonVPN, with their monthly fee topping $12.95 if you go month-to-month. If you commit to 6 months and pay up-front, that monthly fee drops to $9.99, and if you commit to one year, one month is $8.32. Still way too expensive. But considering the extra locations on offer, some people may feel the extra cost is worth it. Payments can even be made by Bitcoin if you are so inclined. 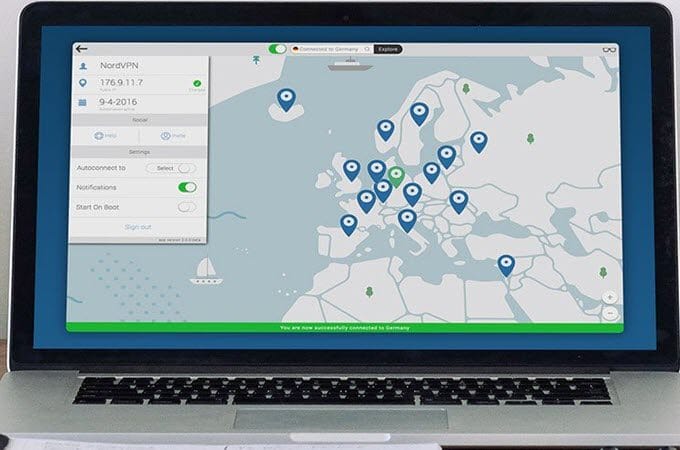 NordVPN claims to have “double-data encryption”, which is allegedly “the tightest security in the industry“. Quite a bold statement to make, given their competition. They have more servers than ExpressVPN but are not as many countries. 908 servers around the world in 57 countries. As they say on their website “we cover every continent except Antarctica. But only because penguins just don’t get the Internet“.

They also make it very clear on their site that they keep no logs, and they have what they call an “automatic kill switch”, which is similar to what Tunnelbear has (blocking your Internet connection if you lose your VPN connection first). One other interesting feature is that they claim to welcome file sharers. Some VPN’s, such as Tunnelbear, discourages using their VPN for things like uTorrent, making it clear their software is not designed for that, but NordVPN goes in the other direction and lays out the welcome mat.

NordVPN currently has a 2 year deal which, if paid up-front, lowers your monthly fee to $3.29, which is the best of the bunch here. Otherwise the one year plan is $5.75 a month, and the commitment-phobic crowd would have to pay an eye-watering $11.95 per month for going month-to-month. 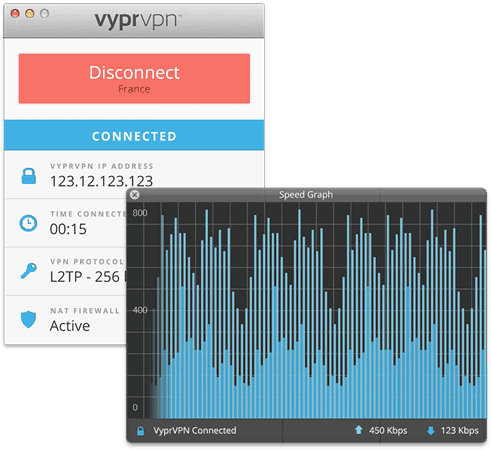 VyprVPN claims to be the “world’s most powerful VPN” and with NordVPN’s “tightest security in the industry“, you have a pair of VPN companies making rather bold audacious statements.

According to their website, VyprVPN has 200,000+ IP addresses on 700+ servers in 70 countries. They claim their Chameleon software (available in their Premium package) can bypass Chinese Government internet restrictions, as well as government restrictions in Russia, India, Turkey, Iran, and Syria. That alone may close the deal for many people who are in these places and need something a bit more robust to get around government censorship.

They also have their own DNS service called VyprDNS, which comes included with the VPN. DNS services are used by your ISP to log the websites you visit, and in the process, the government can censor the ones they don’t want you to see by rerouting you to error pages. By rerouting your web traffic through VyprVPN, your web activity can be unfiltered and unrestricted.

There are two plans you can choose from – the basic plan and the Premium plan. The basic plan gets you the VPN service, unlimited usage, and 3 simultaneous connections. If you commit to one year, it is $5 per month, and $9.95 per month if billed monthly. The Premium package gives you the VPN service, unlimited usage, 5 simultaneous connections, the Chameleon technology, and access to something called VyprVPN Cloud.

Some of you are probably thinking that all this VPN business is total overkill, the old “I’ve got nothing to hide” routine. But the more information companies can compile on you, the more spam you will receive, and the more your life may be negatively affected. If you are logged in visiting health websites, your health insurance company may hike up your premiums for example, and you may start to see explicit and objectionable material on your monitor screen, if a site like Facebook misinterprets something you have visited online. If young children are on your computer, this would not be a very good scenario to see happen.

Do you use any of the 5 virtual private networks listed here? Or would you recommend another one? Give us your recommendations in the comments below.