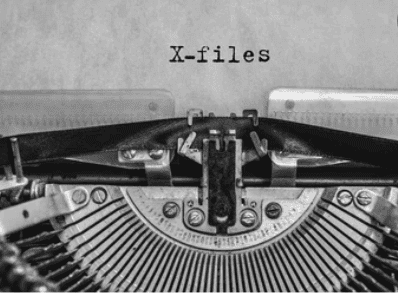 When Twin Peaks first aired all the way back in 1990, it changed the face of television forever. Up until this show, having a singular plot woven throughout an entire season was very much so outside of the norm – and you could probably count the number of shows that had such a plot on the fingers of one of your hands. When Twin Peaks showed that people very much loved seeing an intricate plot being explored throughout the runtime of a whole season, however, shows started doing it more and more frequently – to the point where you can’t imagine a show that doesn’t have at least some semblance of a connected story in its episodes anymore. One of the shows that were heavily influenced by Twin Peaks, not just for its connected story, but the general tone and supernatural events in small American towns, is X-files.

Starring David Duchovny (who also acted in Twin Peaks) and Gillian Anderson, X-files is a show that focuses on two FBI special agents – Fox Mulder and Dana Scully who investigate X-files. The X-files are unsolved cases that involve paranormal phenomena – which often causes friction since Mulder is a firm believer in the paranormal and extra-terrestrials, whereas Scully, given the fact that she’s a skeptical medical doctor, keeps recontextualizing the cases in order to offer rational explanations for what happened. As mentioned previously, the show has a story that spans the entire runtime, as well as subplots that run through seasons. The X-files name also has a couple of movies associated with it, but we’ll be sticking to the TV show for this article. So, whether you never watched the show and want to give it a try in order to see if it’ll captivate you, or you merely want to rewatch the show but don’t have the time to go through all the episodes, here are some of the show’s best-rated episodes you should definitely watch:

Needless to say, as the show has a story arc that spans its entire runtime, jumping in to watch an episode from season 6 may contain spoilers for people that haven’t yet watched the show – but the ones that are rewatching don’t have to worry about this.

With that in mind, we’ll include a quick summary of some of these best-rated episodes, so you can decide which one piques your interest the most.

The most highly rated episode of the X-files show of all time, Bad blood, was written by the mastermind that went on to give us another fantastic piece of television through Breaking Bad. The episode has Mulder and Scully reporting to Assistant Director Walter Skinner after Mulder kills a young man in Texas, as Mulder believed the man to be a vampire. It displays the events through the recollection of both FBI special agents – which allows the writer to explore the characters and how they perceive things, as well as tell a gripping story with paranormal events. Of course, in typical X-files fashion, nothing is quite what it appears to be and the ending leaves unanswered questions that the audience can ponder on.

Written by Darin Morgan, season 3’s episode ‘Clyde Bruckman’s Final Repose’ has the show’s main stars hunting a deranged serial killer whose targets all have psychic powers – with the help of a grumpy old man that has psychic powers of his own. The episode has a strong sense of tension throughout, as the agents race to prevent the serial killer from committing more crimes. This sense of tension is coupled perfectly a foreboding feeling of impending doom, as the man Mulder and Scully are working with has the power to see other people’s deaths – a power which he can use to describe one’s death in gruesome detail. Ultimately, the psychic hints at the future of our main characters as well – making the episode even more of a nail-biting experience.

The third highest rated episode of X-files, ‘Paper clip’, is best watched in tandem with the previous episode, ‘The Blessing Way’. The reason for this is simple – the plot in these episodes is very tightly connected, and ‘Paper clip’ is a direct continuation of ‘The Blessing Way’. The episode starts with Scully and Skinner holding each other at gunpoint – after which Mulder bursts inside the room, forces Skinner to put his gun down, and demands Skinner’s digital tape. The episode only gets wilder from here – with Mulder and Scully investigating a matter that is very closely tied to Mulder’s family.

Written by David Duchovny and Chris Carter, this episode deals with yet more secret tapes and extra-terrestrial oddities. In the desert on a Navajo Indian reservation in New Mexico, a teenage boy retrieves a corpse of an alien-like figure and takes it back to the reservation. Meanwhile, Mulder comes into possession of an encrypted tape that contains secret files related to extraterrestrial life – and works on finding out what is on it with Scully’s help. What they discover has certain implications on what happens in the show later, so this episode surely is an interesting one.

During a high-speed police chase going on in Ardis, Maryland, Dr. William Secare is cornered by a couple of officers whom he fights off with an unexpected ease. He is then shot after he runs up a gangplank and leaps off a ship into the water. The police are not successful in their attempt to locate him, but they notice that his blood isn’t red, but green instead. As you may imagine, when news of this reached Mulder, he eagerly takes the case and starts investigating what is going on. This investigation leads to some shocking discoveries, as well as unexpected twists when it comes to the fate of certain characters. This should give you enough of a reference as to what kind of show X-files is if you’re a newcomer, and refresh your memory on some of the best episodes if you’re a fan. Whether you are just getting into the series or are rewatching it yet again, we hope you’ll have a great time!

Live Video: How does it help us with our content marketing