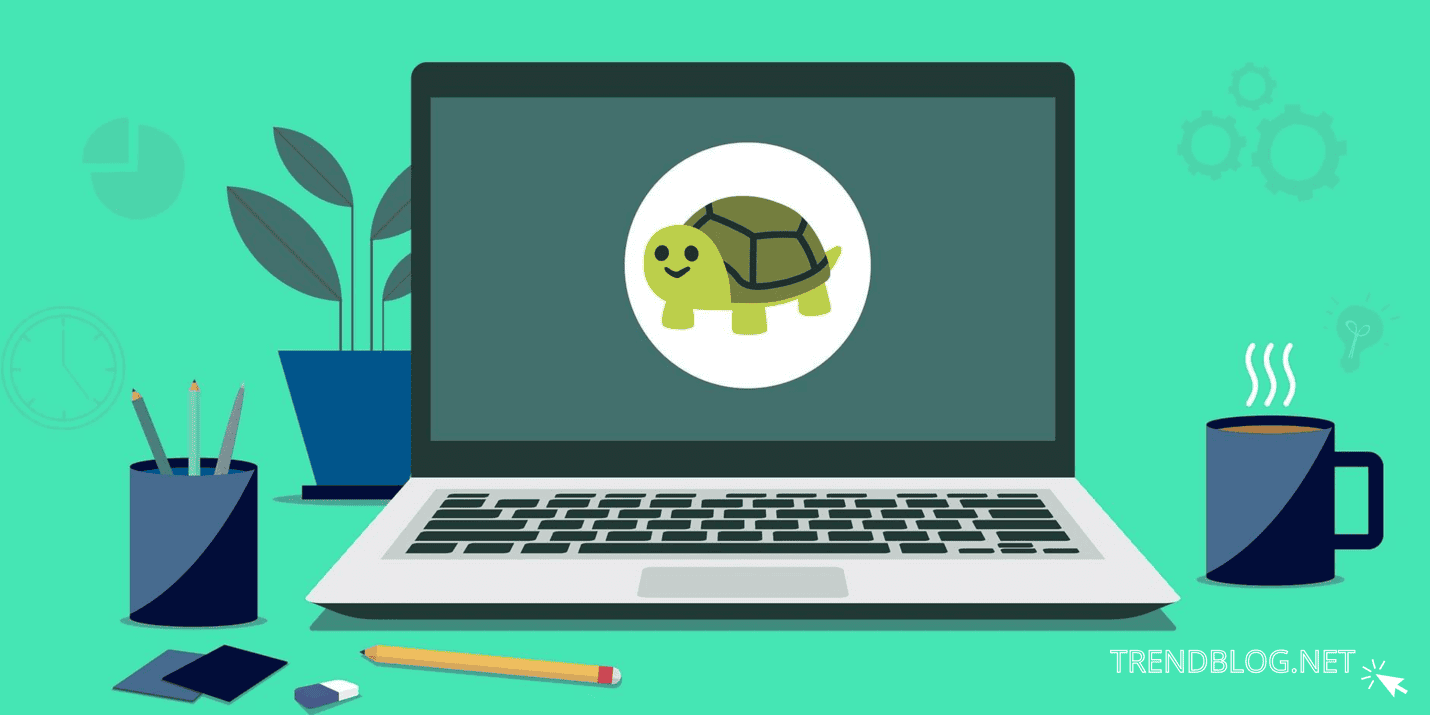 Running a Discord server is an experience in and of itself, and although the platform gives you a lot of flexibility in terms of how your community should appear and operate, there will be moments when it all becomes a little much.

It may feel like an uphill struggle attempting to keep your Discord server under control and manageable, what with boisterous users, unforeseen confrontations, polite conversations going awry, and dealing with trolls. However, the good news is that you are not required to complete all of them.

Whether you’re a fan of TV programmes, video games, or literature, Discord is a great place to hang out, text, and chat with your friends. While there is a Discord community for just about everything you can think of, maintaining a big audience can be a real headache. Things may be made more manageable, though, by installing and using bots.

Bots like MEE6 Bot and Rythm Bot may help you better manage your Discord server and provide simplified procedures for both current and new users. They’re also free, and many of them have a premium offer that adds a slew of new features on top of the free ones. As a result, we’ll be discussing Carl-Bot today, including how to use it, how to set it up, and other topics.

To learn how to make your job as a Discord server manager and your users’ lives a little simpler, read on.

What is Carl Bot

In addition to managing logs, storing conversations, and creating response roles like many other Discord server bots accessible online, the Carl Bot is a very sophisticated bot. Auto MoD is also improved by not allowing spam, attachments, or links to be posted and penalising those that do so.

With the help of starboards and welcome messages, you can build a welcoming community for new members while staying on top of their participation. Diving into the Carl bot when you’re still learning how to use the Discord server may be challenging. It’s preferable to make use of a variety of bots, such as Dyno Bot. To help you get started with the Dyno Bot on your Discord server, we’ve written a comprehensive tutorial. 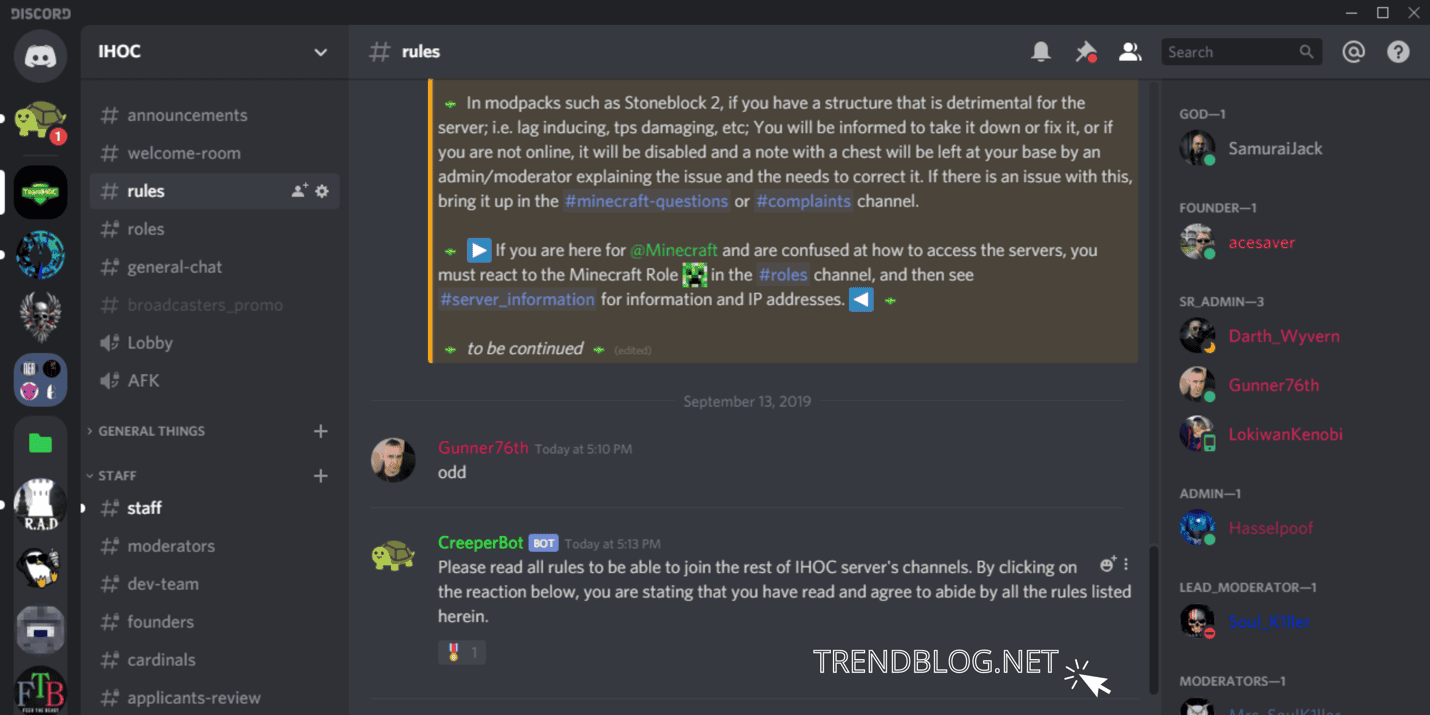 If you’re up for the task of making sophisticated bespoke modifications to your Discord server, Carl bot is the tool for the job.

To begin, it offers a long range of capabilities that allow you a great deal of authority and control over the users and material that you may moderate on your Discord server and in your Discord channels. In the following part, we’ll go into more depth regarding each of these issues.

Uses and Capabilities for the Carl Bot

The carl bot moderates and manages the discord server with a variety of great features. It’s also for this reason why, with over 2 million instals, the Carl Bot is one of the most popular and fastest growing discord bots. Let’s take a look at some of Carl Bot Discord’s most popular features –

Reaction Roles – Your community may have up to 250 roles (maximum) that you can assign to them in order to increase user engagement while also reducing spammers on the server. Set up response roles on the server and each member gets a reaction role according to what the others have selected.

Various response role models exist, including the unique, verify, reversed, transient, and binding kinds. To play nice with something unique, you may also give different responsibilities to different people using a single response. In addition, response roles let you to utilise emojis that aren’t available to the bots, and it can even create emojis from the medications without need you to put them in yourself. 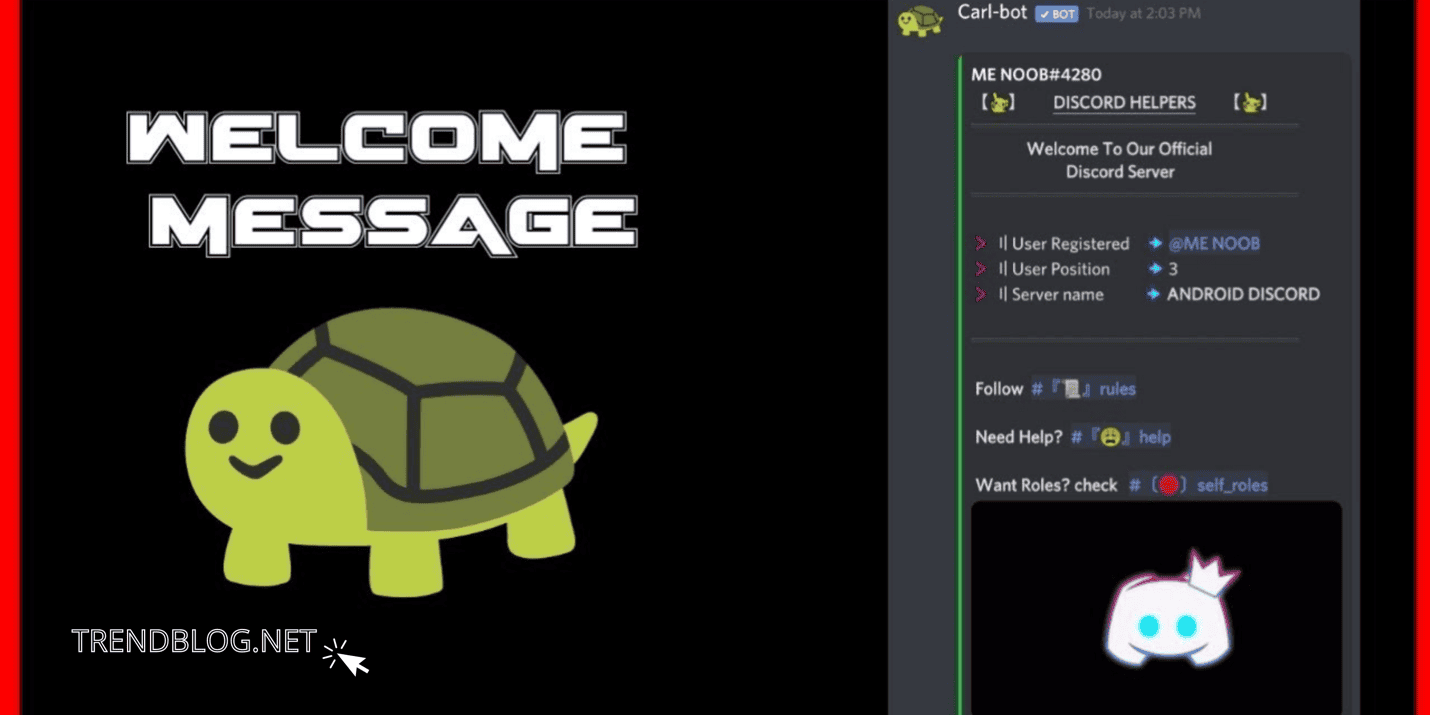 Log Record – The Carl bot discord can keep track of a wide range of actions taking place on the server. It can maintain track of messages that have been deleted, purged, modified, and discord links, among other things. Members who join or leave a discord server are noted in the system’s membership database.

Additionally, the log record may be used to keep track of things like newly established channels on the discord server, new server roles, and emojis that are used on it. Splitting the log into different channels helps to minimise clutter without sacrificing information and is the best method to handle log records.

Moderation – The Carl bot’s moderation function aids in the management of the discord server and the preservation of its high quality. The moderating tool allows you to view previous infractions committed by discord users and the moderators who are accountable for them.

The carl bot’s drama channel provides you a summary of all the rules that have been violated on the server. To prevent users from leaving and then rejoining the service, assign them sticky roles. This helps people remove their mute status. Moderation allows you to handle several responsibilities at once. 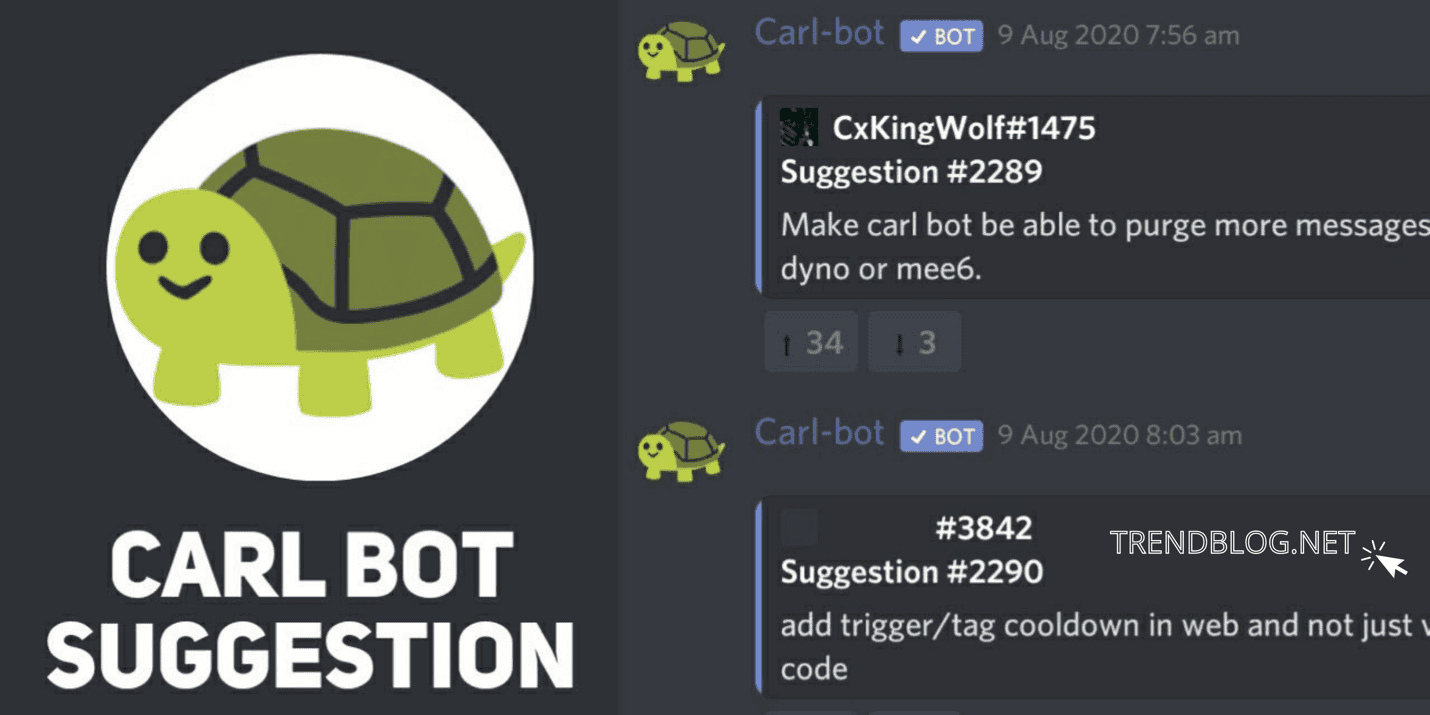 Automod – Carl bot’s automod function is one of its strongest features. However, you can use the automated function to establish rules for your discord server and make sure that members follow them by using the moderating option to only view information about rules that have been violated, accountable moderators, and so on.

Although many rules have been pre-specified, new rules may be created at any time. Bad links, spam, attachment spam, bad language, deleting unfamiliar file formats, and many more offences may be penalised with the Automod. In addition, automated allows you to designate a channel as “media type only” and remove any messages that do not include links or attachments. Other options include permanent bans, temporary ones, and kicks, depending on the regulations that were violated.

User engagement – Carl enables the discord server owner to moderate the quality of the discord server and also offers different methods to engage people in the community via the usage of the carl bot Carl bot may give twitch notice on the server, as well as look for members, collect meme-related articles and pictures, and send automated messages, among other things.

Permission system – Using Carl’s permission system, you may manage command rules in bulk from the bot’s main dashboard interface. Having a system means you won’t be bothering anybody else. Once everything is set up, you won’t have to worry about it again until an update or upgrade is needed. It also gives you the option to personalise instructions and make advantage of the bot’s power to change the behaviour of commands or override the preset settings. 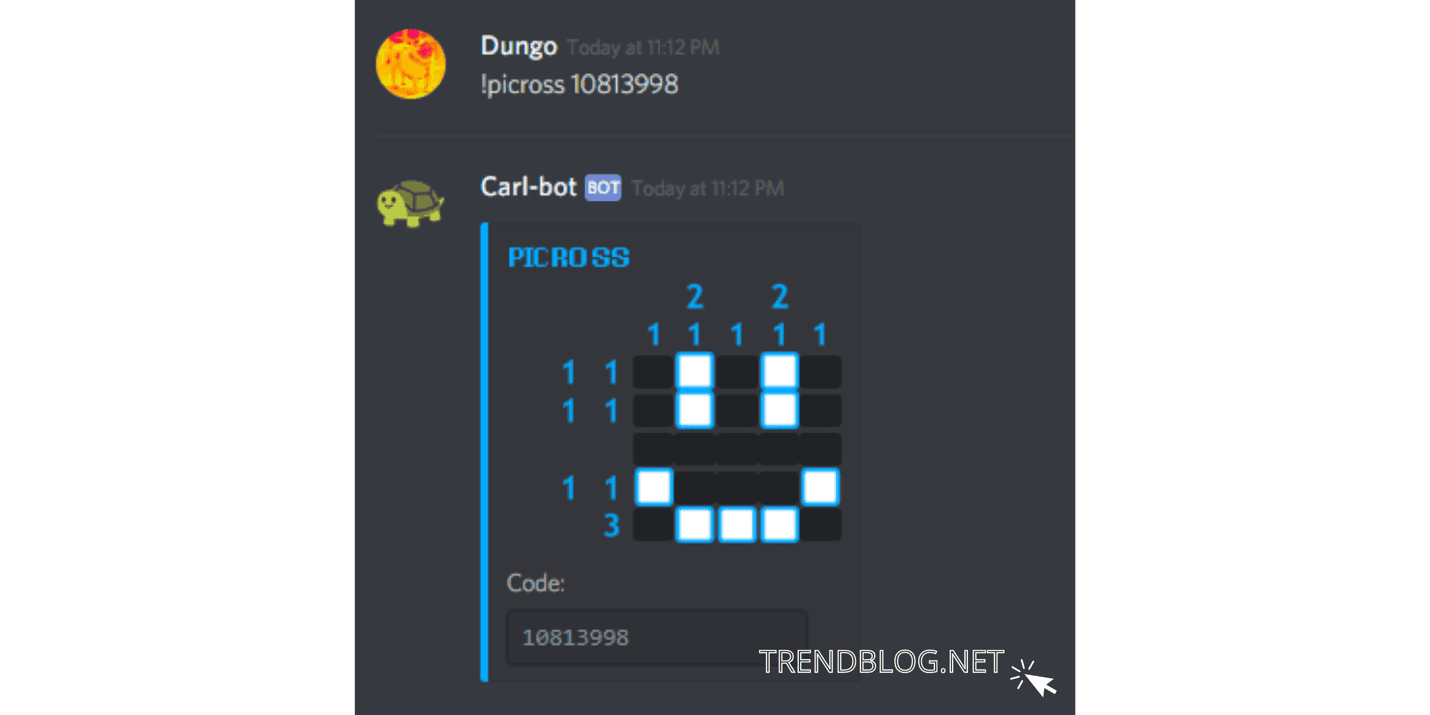 To invite Carl bot to your Discord server, follow these steps:

With only a few clicks, you can add the Carl bot to your chat. To make use of the Carl bot, just invite it to your Discord server through the Carl bot’s channel.

STEP 1: You may find the official Carl Bot website by searching for carl.gg and clicking login on the webpage’s top right corner.

STEP 2: If you’re not already registered on the discord server, you’ll be prompted to do so. A login screen appears if you’ve previously registered with Discord.

STEP 3: Once you have joined the server, you’ll be asked which discord server you’d want the Carl bot to join. You may choose any server from the drop-down menu that appears. 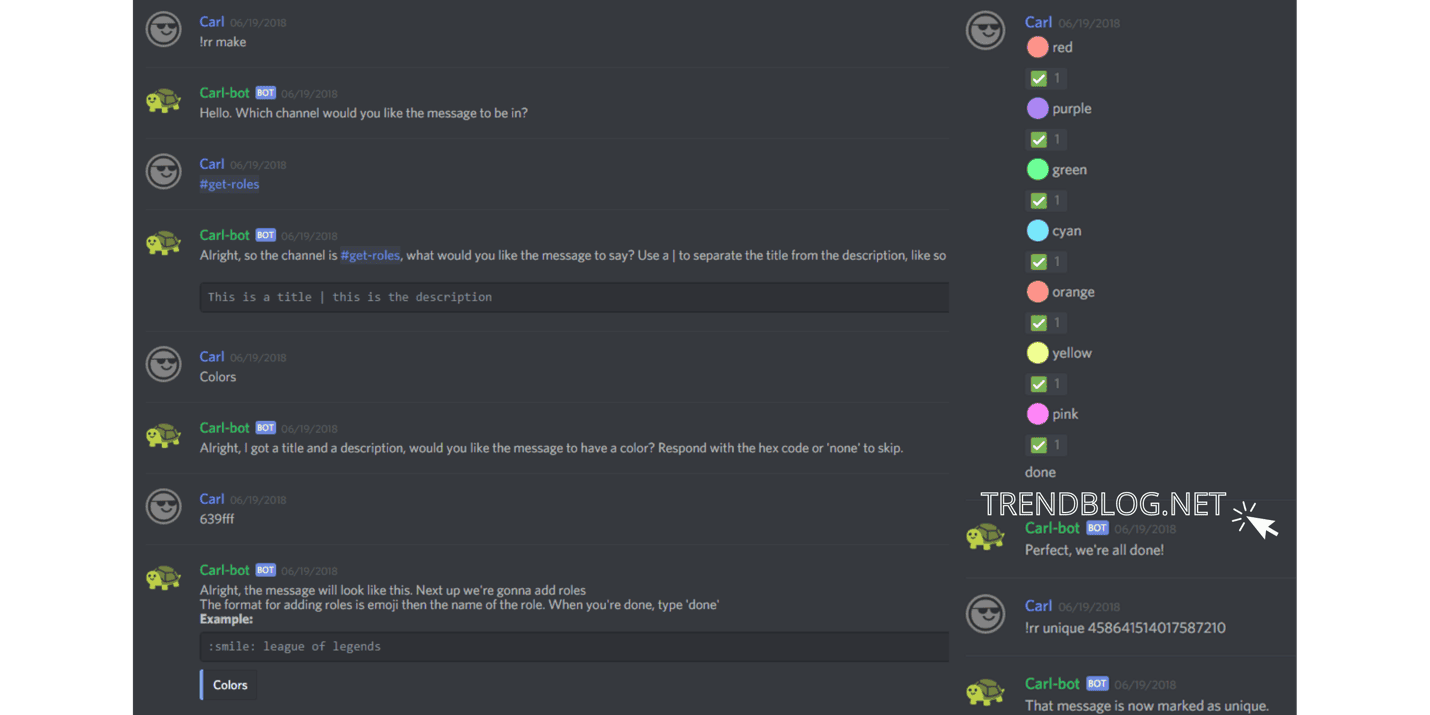 STEP 4: The Carl bot will ask for different permissions when you choose the discord server in step four. Permission access involves giving the bot access to the server’s administrator panel, so you may decide how much power the bot should have.

You’ve successfully added the Carl bot to your Discord server!

Commands for the Carl Discord Bot

It is possible to set up several commands that enable users to customise their experience. The list of commands may be found at docs.carl.gg, which includes comprehensive documentation and examples for the carl bot commands. In addition, let us know in the comments area if you’d want a guide to Carl Bot commands and examples, and we’ll add it to the article. For the time being, we’ve covered some of the most essential and straightforward instructions.

REMEMBER – The default prefix for carl-bot is “!” and “?” plus command. Carl bot’s interface lets you customise the prefix to suit your needs.

Commands for Carl the Fun Bot!

!cat – Gives you a random image of cat.

!dog – Gives you a random image of dog.

Also Check out our post “The Best Discord Music Bots – Rythm Killed in 2021 and Banned by Youtube, Following Groovy“