You are here: Home / Android / Complete List Of All Chromecast Supported Apps For Android & iOS

With Google finally releasing the Chromecast SDK recently, the list of iOS and Android apps who support Chromecast is constantly growing. As it can be quite hard to find Chromecast supported apps on  Google Play or Apple’s App Store, we’ve decided to create a complete list of all apps that support Google’s media dongle (or will so soon).

This list will be updated on a regular basis, so make sure to bookmark the page and come back!

Buy a Chromecast for just $35! 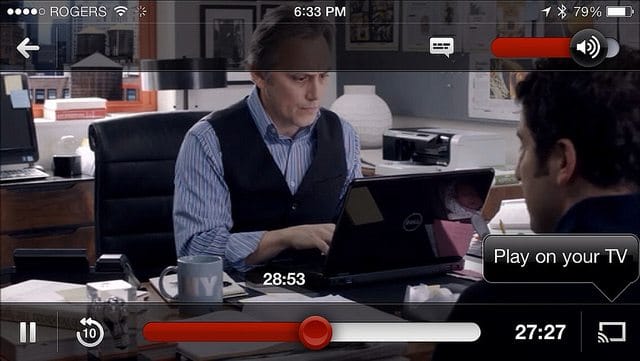 Google Play Music offers millions of songs, playlists and personalised radio stations. You are able to purchase songs / albums or pay a flat fee for Google Play All Access.

Hulu Plus was one of the first apps to support Chromecast. It offers streaming of current TV shows and movies for Hulu Plus subscribers ($7.99 / month)

Netflix also belongs to the list of first apps that worked with Chromecast. As the world’s leading subscription service for watching TV episodes and movies, it offers a sheer endless list of things to watch. A Netflix subscription is required to use this app ($7.99 / month).

Pandora Internet Radio is a music streaming and music recommendation system. Choose a song, and Pandora will create a personalised radio station for you!

Plex lets you stream your videos, music, photos and home movies to your Chromecast from your home computer running Plex Media Server. It also supports custom channels like Reddit or TED. To use the app, however,  a PlexPass subscription at $3.99 / month is required. We’ve reviewed the app before.

Watch Red Bull’s global live events and a selection of sports, music and lifestyle entertainment on your Chromecast. You are also able to create playlists within the app.

Revision3 lets you watch your favorite Revision3 shows like Diggnation, Film Riot or Tekzilla on your Chromecast.

Songza is a music listening app that plays music based on the time of the day your mood.

Viki lets you watch the best TV shows, movies, variety selection of Korean dramas, and other premium content in high quality, translated into more than 150 languages by a community of avid fans.

Watch music videos, stream live concerts, and discover new artists from a database of 75.000 music videos from 21.000 artists on your Chromecast with VEVO.

YouTube is the biggest video-streaming platform worldwide and the app was one of the first that supported Chromecast. You can simply watch videos or create playlists that will run on your TV.

Buy a Chromecast on Amazon! 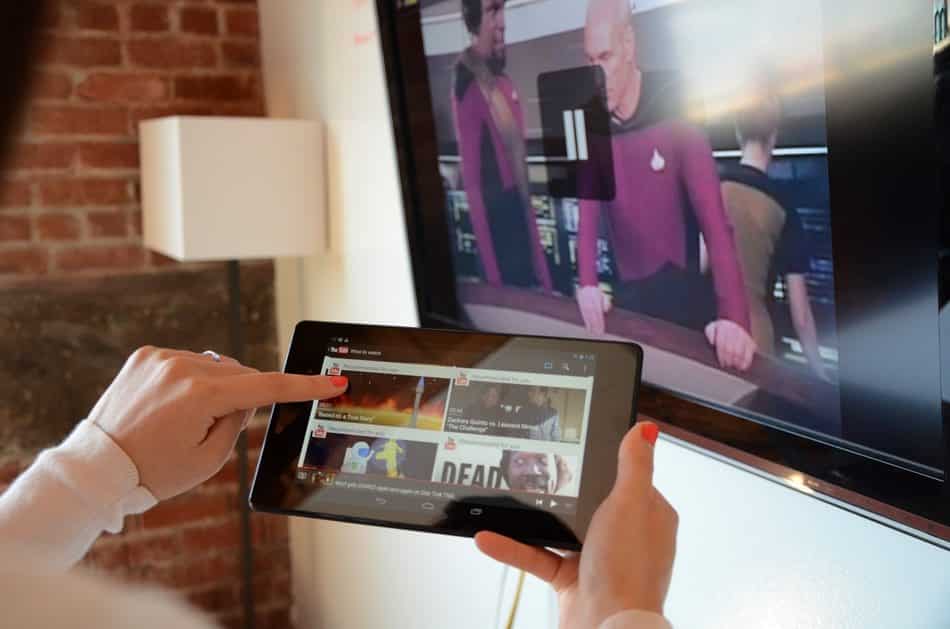 AllCast lets you send photos, music, and videos on your Android to your TV. The free version is limited to 1 minute of streaming. The premium version costs $4.99

AOL On lets you stream the latest videos shared on AOL.com. Topics include entertainment videos, breaking news and trending topics.

Audiour is  a free and open music sharing service where you can browse, upload and share any audio content.

Avia lets you play, manage and share your personal media to your Chromecast. You get access to photos, videos and music from social media sites, your home network and your device’s local storage.

BeyondPod is a Podcast manager and RSS feed reader. It offers offline sync as well as audio and video playlists. The app requires a pro license purchase of $6.99.

Dailymotion is a video sharing platform which hosts over 30 million clips. The app overs offline sync and playlists.

PostTV is the official Washington Post app. It includes coverage of the biggest Washington issues and ideas.

TicTacToe for Chromecast is an app where you compete where you can play TicTacToe against a friend using your mobile devices.

Twitch is THE platform for video game livestreams, turning gameplay into an immersive entertainment media experience on your Chromecast.

It’s great to see that more and more apps support Chromecast. However, most apps are currently focusing on streaming content like videos, music or Podcasts to the Chromecast. I hope that the next weeks will show more experimental apps and really look forward to it! Which apps would you like to see?

Buy a Chromecast on Amazon for just $35!