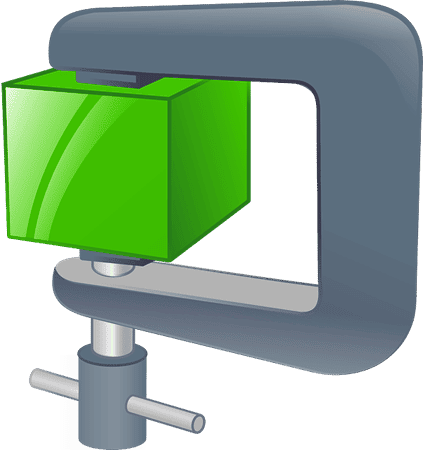 How To Compress File Sizes To Make Storage & Sending Easier

Last week, I shared with you how to use Airdrop on a Mac or iOS device to effortlessly send files back and forth. But not everyone has a Mac or iOS device, so for those who use Windows or Linux, the best option is to compress file sizes and send them that way.

Today we are going to look at how to compress a music file, an image file, and a video file.  Mainly we’ll be looking at changing the format, using third-party zipping tools, and in one case, using an online compression tool.

A Word Of Warning Before We Start 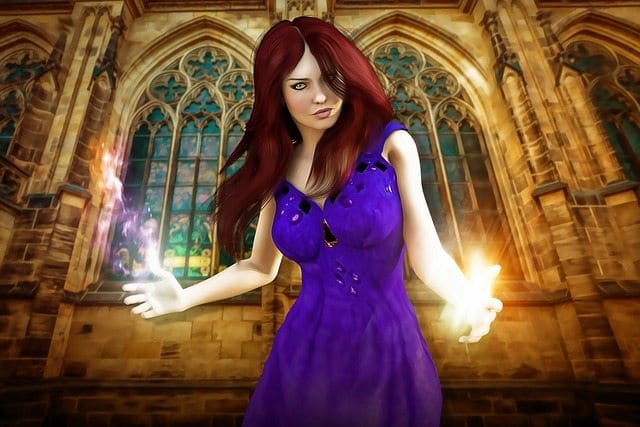 I should point out that you are not going to see drastic changes in the file sizes. Some files simply can’t be reduced much beyond what they are already are. However, there are some changes and tweaks you can make which can make all the difference as you will see.

Just don’t expect any black magic that sees a 5GB movie turn into a 5MB file!

How To Compress File Sizes For Images

Images are the toughest to compress, because most images (especially ones downloaded from the Internet), are already compressed. If you have a JPG file, then you can pretty much forget about reducing the file size much further. However, if you have a PNG image or a TIFF image, then there is much room for improvement.

Let’s say I want to reduce the size of this Captain America movie magazine cover. 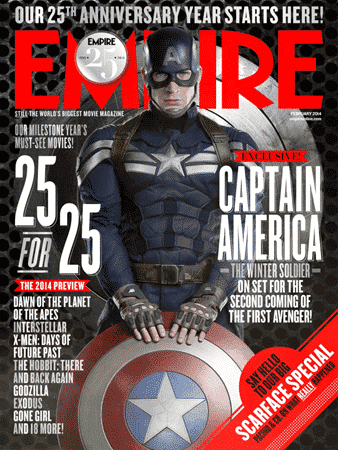 Right now, the file is clocking in at 5.6MB. But there is a way to get that size right down.

If you have Photoshop or Adobe Elements, then use that. However, if you don’t have it, then the free GIMP can also do the job for you. Since GIMP is the easiest by far, I will use that.

So open GIMP, then go to File–>Open and open the image file. 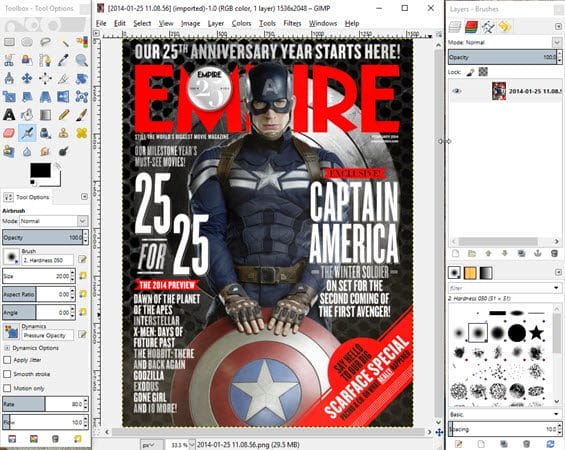 Now go to File–>Export As. 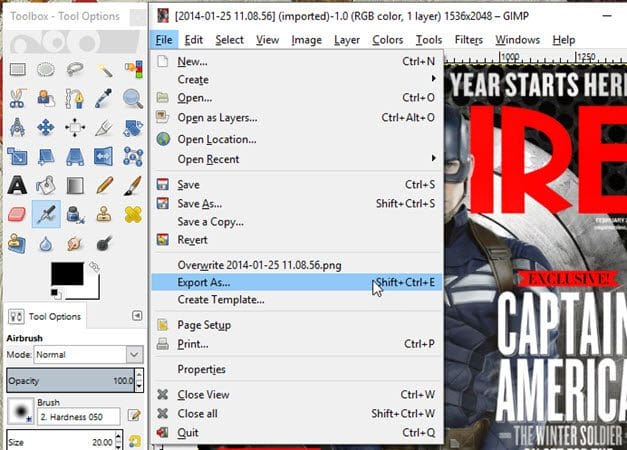 In the “Name” box at the top, change the file ending to JPG (or GIF is another possible file format). 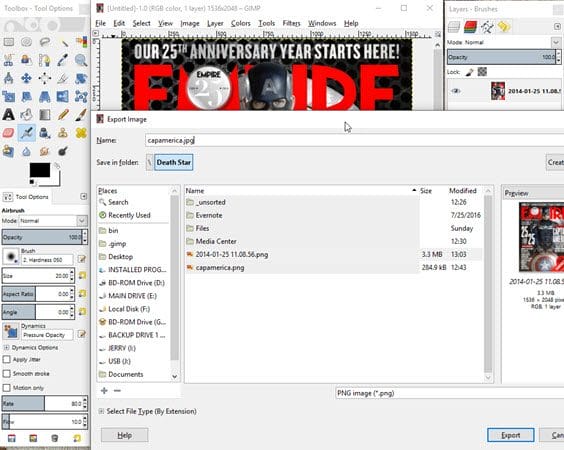 It will then give you a slider to choose the quality. 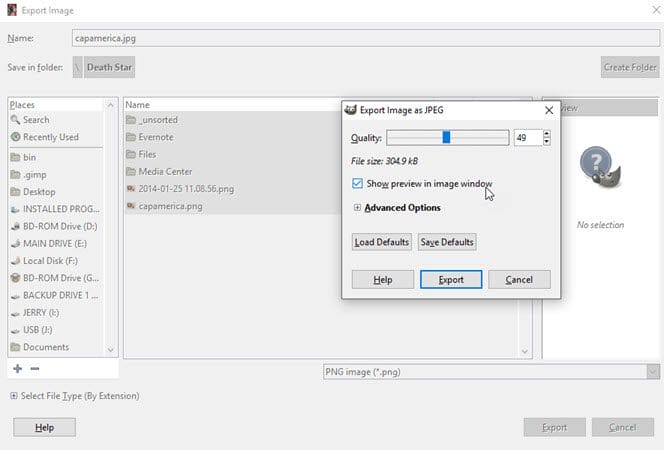 This is where you have to experiment. The lower you go with the slider, the lower the size of the image. However, this also means the quality of the image will also be lower.

So give it a few tries at different Quality settings and see which one works for you. I settled for the middle and it got the image down from 5.6MB to just under 300KB!

What’s more, I don’t see any difference in the image quality whatsoever.

If you don’t want to use GIMP, you can use a really cool online optimizer for PNG images called TinyPNG, which works really well. Despite its name, it also now supports JPG files.

How To Compress File Sizes For Music 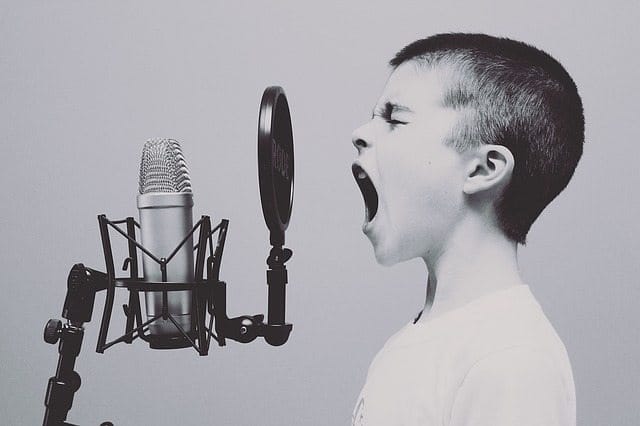 Not everyone needs or wants AIFF or FLAC files. So if you have files which you want to reduce the size of, there are some methods you could try out. Obviously, make a copy of the MP3 file first. That way, if it mucks up, you still have your Britney Spears song.

However, bear in mind that MP3 files are already compressed. If you compress them even further, you are going to end up with lower sounding quality. If you have .wav or .aiff, or you really don’t mind a lower quality MP3, then read on.

Open the free Audacity editor and open your music file in it. 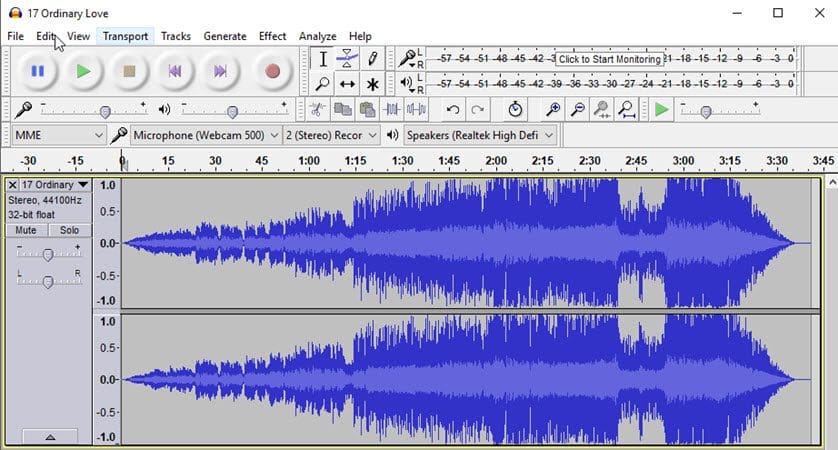 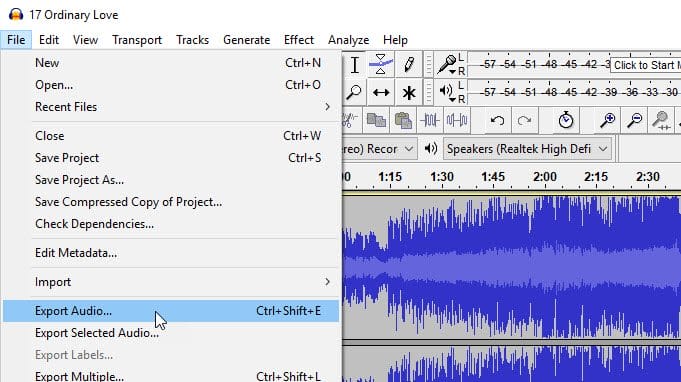 You will be prompted for where you want the file to go on your PC. Then if you look underneath, you will see more options.

Drop down the Quality menu. Depending on whether you bought the music file or ripped it off a CD, it may be either “Insane” or “Extreme“. Medium is the quality you would hear on the radio with “Standard” just slightly up from that.

Again, it’s just a case of experimenting. Do one for “Standard” and one for “Medium”, then see which one sounds better. I did “Medium“, heard a slight lowering in quality, but nothing that disturbed me. In the process, I got the file from 6.8MB to 3.5MB.

Note that to make a MP3 in Audacity, you will need a file called lame_enc.dll. To download it for free.

How To Compress File Sizes For Video 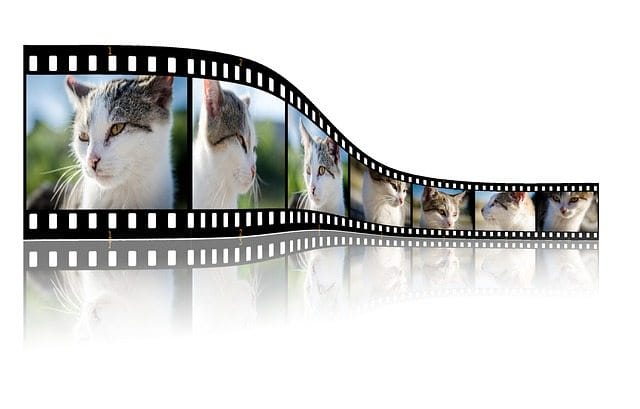 Compression of video is variable. On the one hand, you may get an acceptable result. But on the other hand, it may turn out to be worse than someone filming a cinema movie with a camcorder.

Plus, if you have downloaded video from the Internet, it will be compressed already.

Someone in the comments may dispute me on this, but the file format guaranteed to be the smallest is MP4. I have seen AVI file sizes cut in half and MKV file sizes cut up to five times in half by MP4. But if you already have the file in MP4 format, you are not going to get it any smaller in size, unfortunately.

The best desktop apps to convert a video file to MP4 are Handbrake and Freemake. Simply add your video file to one of those free programs and convert to MP4. There will be the occasional time when the MP4 file is slightly bigger than the original file. But that happens extremely rarely. 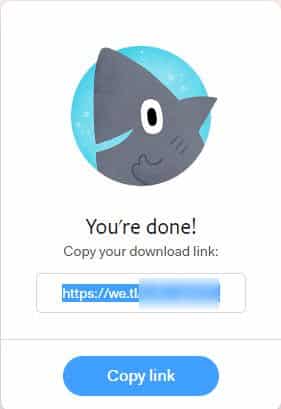 Then if you want to send the video to someone, I recommend using WeTransfer. It’s lightning fast and very reliable.

There are many reasons why you would want to decrease file size. Whether it’s lack of storage space on a hard drive, difficulty sending someone a large file, or faster copying onto a USB stick, smaller files are always handy.

Let us know in the comments if you know of a better compression method.

How To Remove Cookies In Chrome & Firefox On iOS & Android