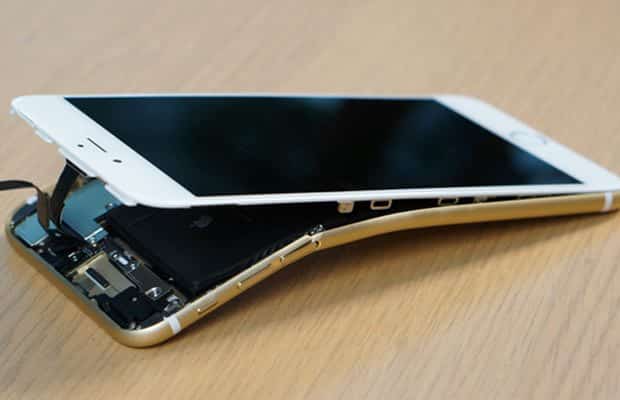 After the release of the iPhone 6 last week, the latest rumour around Apple’s latest device was circulated around the internet. The rumour was that the iPhone 6 will bend in your front pocket. Thanks to the viral video from Unbox Therapy, accumulating over 40 million views, the fear of a bent iPhone from everyday use was real. Thus the spread on social media through the use of #bendgate was formed. With all the hysteria, Consumer Reports decided to conduct a stress test on the iPhone 6 to see how much force it takes to break the latest smartphone from Apple.

In addition to testing the iPhone 6, several other smartphones were tested on how much force it takes to bend. The list of phones include, the HTC One (M8), Apple iPhone 6 Plus, Apple iPhone 5, LG G3, and the Samsung Galaxy Note 3. The method that Consumer Reports used is called the three-point bend test. This is when a device is held by two points while a bar applies pressure in the middle until the device breaks.

The test results concluded the pounds of pressure required to cause a deformation, as well as, case separation. For the purpose of the test, deformation means that the phone could not bend back into proper placement and was permanently deformed. On the other hand, case separation is defined by the screen of the phone becoming loose from its case.

Why #Bendgate is just a myth – bend test results

Unsurprisingly, the mammoth that is the Samsung Galaxy Note 3 was able to endure 150 pounds of pressure before deformation and case separation. At the end of the bend test, Consumer Reports also tested if the phones worked after case separation. Each phone was bended until the screen popped out of the case was still functioning properly.

The test conducted by Consumer Report states that “while nothing is (evidently) indestructible, we expect that any of these phones should stand up to typical use.” This should put the final nail in the #bendgate controversy.

You can watch the test that Consumer Reports executed here.

Here is the video that started #bendgate: