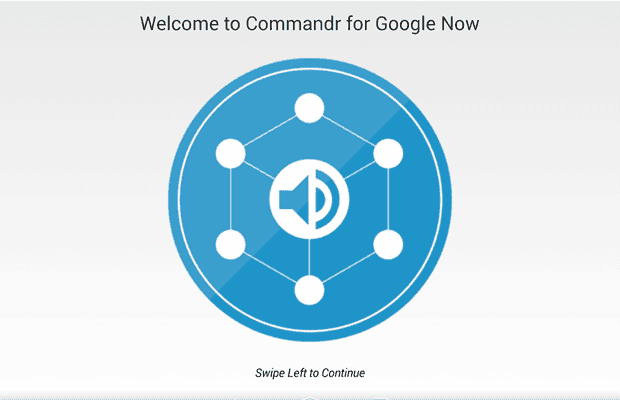 How to create your own custom Google Now voice commands

Google Now isn’t only a great way to receive tailored information such as sports results from your favorite team, flight details or package tracking. You can also use countless voice commands to perform a number of actions and find out lots of things. But that’s only possible to some extent. Google now does a lot, but not everything (yet). Thankfully, as always, there’s an app for that. The free app Commandr is able to add many more voice commands to Google Now, so that you get even more control over your Android phone.

Commandr plugs into Google Now’s voice assistant and adds a large number of built-in commands such as “flashlight on/off”. If the predefined commands aren’t enough for you, you can use Commandr to trigger custom made Tasker commands. Should you have used Commandr before, you probably know that it used to work only by saying “note to self” before each command. An update fixed that so that you’re able to use them just as any other Google Now command. 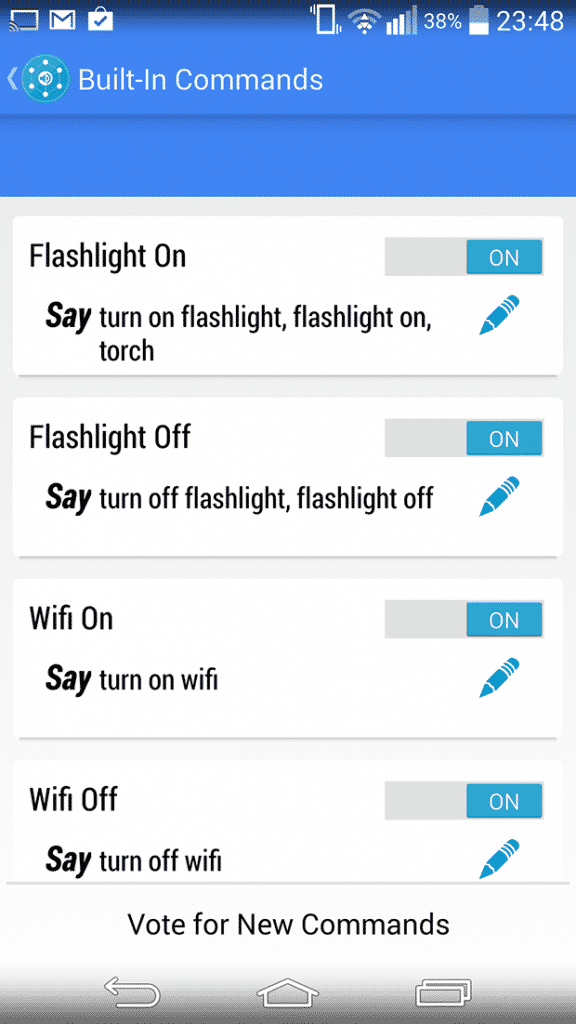 How to set up the app

Once you downloaded and launched Commandr, you’re able to choose the limited option which only works by using “note to self” or the real Google Now experience. To enable the latter, the app will ask you to activate the accessibility service for Commandr on your phone. Once this is done, all the built-in commands should be functional. Just browse through them and deselect the ones you don’t need. Here are just a few examples of what’s available:

Vote for new commands and submit your own

This is a great feature of the app. The developer, Ryan Senanayake, really wants to make this app a great tool for its users and, therefore, lets them decide what commands should be added in later updates. Besides voting for already submitted commands, you can add your own ideas. But it won’t be easy to make it to the top. Right now, the top command has over 17k votes. 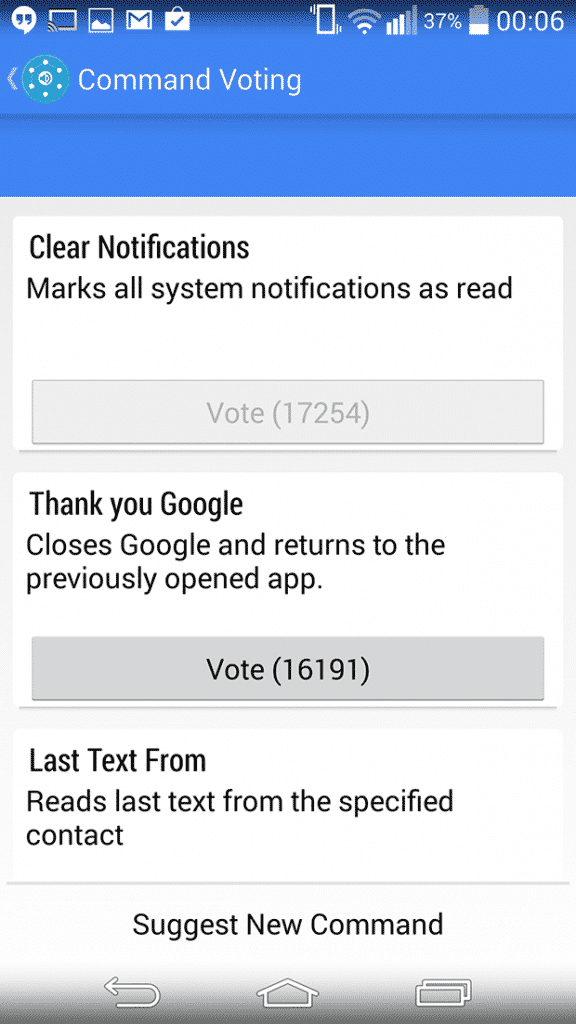 Unleash the power of Google Now

With all the Google Now awesomeness on your device, you should have a serious talk with your phone! Talk, shout or whisper all the commands and start controlling it without your hands. Make sure to check out our graphic packed with 70+ native Google Now voice commands.