You are here: Home / Gaming / Dear Sony, please get your shit together

Before you go on and read this article, please let me say that I don’t mean to hate and honestly really enjoy my PS4. But there is one thing that I’d like to say:

Dear Sony, please get your shit together.

While PS4 has been outselling Xbox One for the past few months, more and more problems and complaints popped up in the past few weeks and I honestly don’t understand what Sony is doing. It seems like Sony is picking the worst days possible to perform a (scheduled) maintenance: Saturday noon for Europeans or during the day on a public holiday in North America. But where did it all start?

Earlier last week, DriveClub – one of the most promising games and PS4 exclusives – was released. At least that was the plan. The game was supposed to launch in two different versions, a full retail version and a free PS+ edition. However, the PS+ edition is still not available and many retail customers are not able to play the DriveClub multiplayer mode, ultimately leading to #FailClub becoming a trending topic on various social networks. Reddit is full of people asking for refunds and, according to DriveClub Game Director Paul Rustchynsky, Sony is currently looking into compensation for early adopters. 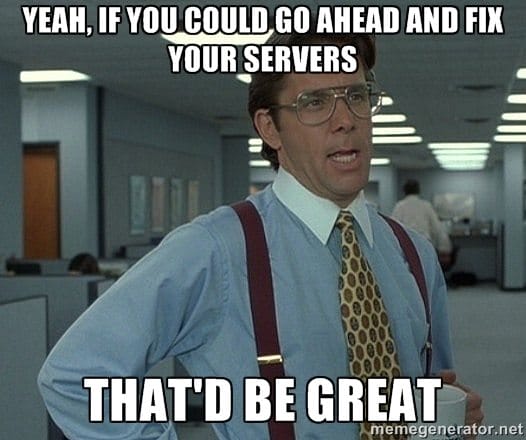 So what’s Sony solution for this problem? Of course, maintenance. Problem is that Sony decided to go on a 7 hour maintenance today starting at 10AM Pacific Time / 6PM UK time. Not only are most Europeans locked out from PSN during prime time gaming hours, but many North Americans are not able to play online on a public holiday. Bad timing, Sony.

I sincerely hope that this is one of the rare occasions Sony royally screws up. I understand that maintenance is required to fix DriveClub issues but believe that this could have been done during a time where most players are sleeping.