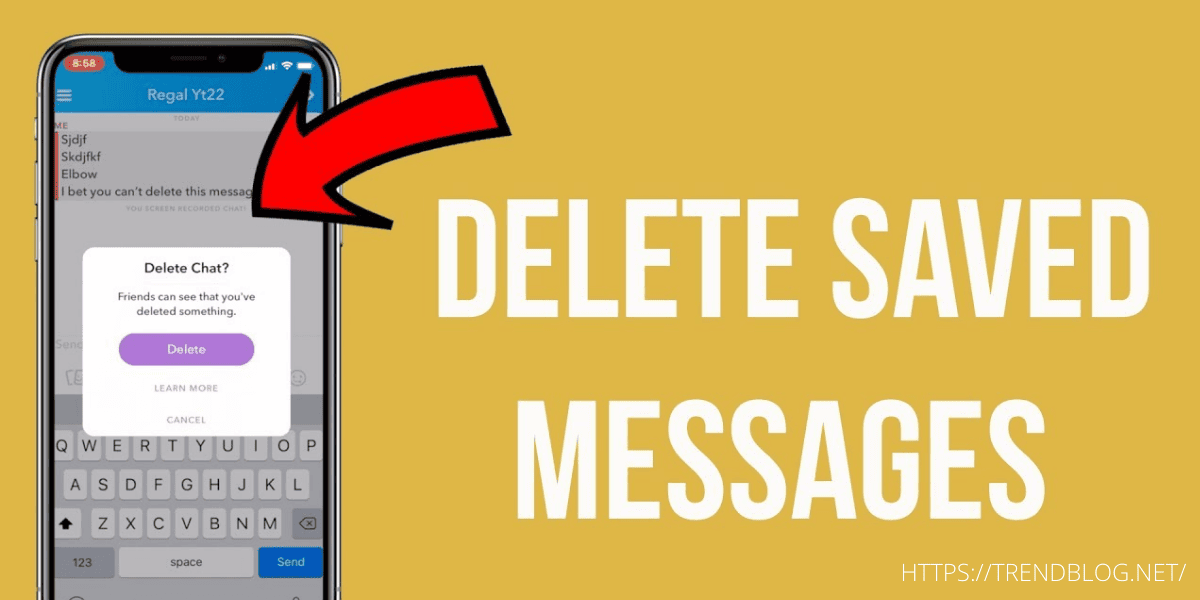 Home
Tech
How To Delete All Saved Messages On Snapchat?

Snapchat is one of the most popular and entertaining applications in the market right now. Chatting with friends becomes ten times more exciting because of the various filters it offers. For youth, there’s something appealing about snapping, sharing, and then forgetting about life’s tiny moments. That is, for the most part, how they use Snapchat. The software offers a whimsical look, with rainbows and flower crowns as photo filters and effects. Other characteristics, however, pose some dangers: Snap Map allows pals to see each other’s whereabouts on a map, which isn’t always secure; Snapstreaks forces kids to send messages for as long as they can, which is a significant time-suck; and Discover contains some age-inappropriate content.

Snapchat was initially designed to allow users to communicate via images, videos, and messages that disappear after being seen. However, the platform has now expanded to allow users to save communications. As a result, many Snapchat users understand how to delete all of their saved messages.  The other person can see that you’ve deleted a message. Friends can notice that you’ve removed something, and it can be seen in the popup window. Consider this: before you delete something, please know that the other person will see that you’ve removed your original message. Please keep in mind that even though you will delete the messages on your end, the conversation will continue for your friends until they decide to delete the chat themselves as well. Learn how to delete all saved messages snapchat with us.

How to Delete all Saved Messages on Snapchat.?

Snapchat messages generally expire after a specified time (immediately upon reading or after 24 hours, depending on the user’s settings). So if your messages remain visible after this time, they have been saved. Additionally, saved messages have a grey background rather than a pure white background. Therefore, if you delete messages with a grey background, it is highly likely that your Snapchat friend still has a copy.

See also: How to Slow Down a Video on Snapchat?

Even though it may not remove all of your messages at once, it is possible to delete specific messages. To save a particular message in a discussion, you need to press and hold the message box for a few seconds. After that, a popup window will display, offering you a few alternatives; select “Save in Chat.” The background of the previously saved message will be greyed out. Unfortunately, saved Snapchat messages cannot be deleted as quickly. Any message on Snapchat can be saved by pressing and holding it until it becomes bold.

To restore the message’s original font, do the “unsave” procedure a second time. That is how you can cancel a saved message on your device, but it does not take the recipient’s device into account. When you save a message, it is retained on both your and the recipient’s phones. They must also delete the message for it to be removed from your chat.

We understand how inconvenient this may be, but there is nothing you can do about it. Hopefully, the other party will act rationally and delete the message upon your request. The lack of bulk deleting options in Snapchat is likely just a side effect of the app’s initial goal of sharing photos and videos. At one point, having to erase your saved messages seemed absurd because there were no saved messages, to begin with. Consequently, even though it is inconvenient for consumers, Snapchat’s lack of deleting options is unlikely to be addressed anytime soon.