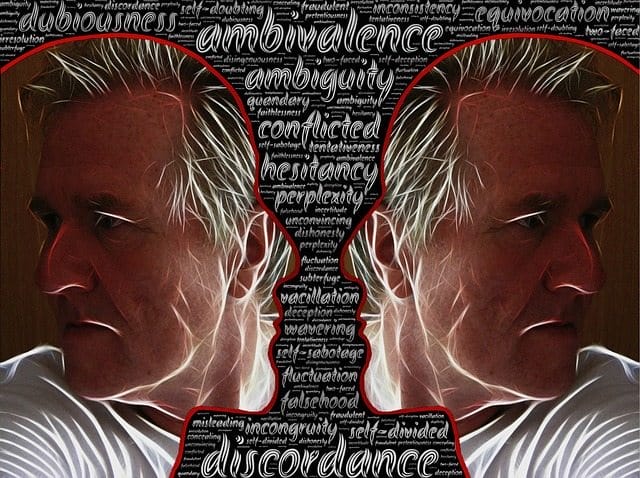 How To Easily Detect & Delete Identical Images On Your Computer

Even though hard drive space on computers has increased greatly over the years, there never seems to be enough for what you want to store. One good reason for this is the popularity and frequent use of digital cameras and smartphone cameras. It’s easy to hold your finger down on the button and fire off ten or twenty identical images. But this builds up over time, eating up your gigabytes. So it pays to frequently scan your computer and delete identical images to free up space. 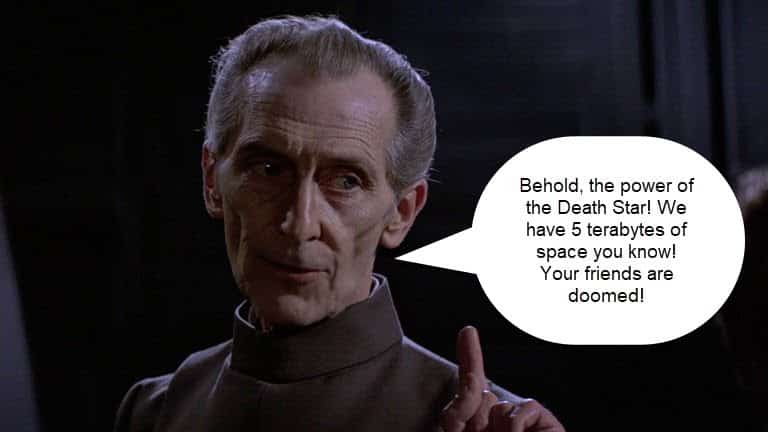 There are many ways to do this. The most tedious and time consuming way is to manually go through each folder, compare each photo, and make a judgement call on each one. However, if you don’t fancy eventually shooting your brains out, you can make the process a lot easier.

This can be done with free apps that automate the process, in the sense that it will find the duplicates and show them to you. You would still have to make the decision whether or not to delete.

But let’s face it, would you want an app to make the decision for you?

I really like Awesome Duplicate Photo Finder (ADPF) because firstly, it is very effective, and secondly, there is a portable version over at the Portable Freeware Collection. Oh and it is completely free, which always appeals to me.

What makes ADPF especially great is that it can distinguish between an original unaltered image, and a version which has been altered in some way. This can be one that has been resized, or has had the colours tweaked.

Despite the changes, ADPF will still recognize both pictures and show them both to you side-by-side.

Unfortunately though, ADPF is for Windows only at the moment.

A Demonstration With The Mona Lisa

Below are two copies of the famous Mona Lisa. Despite the second Mona being attacked by a pot of paint, ADPF showed there was a 56% chance both were the same.

To get Awesome Duplicate Photo Finder to whizz through your duplicates, open it up and at the top, you will see the option to choose your image folders. Either drag the directory over from File Explorer, or click the “+” button to choose the folder manually.

You can also specify if the folder’s sub-directories should be scanned or only the original folder.

If you have many images folders with many thousands of photos, I would recommend doing one folder at a time. If it has to process too many images at once, your CPU will shoot up, and eventually ADPF will crash. Especially if you have really big file sizes.

It will now start to search through each photo. But you won’t see the results until it is finished.

When ADPF is finished, you will be told how many duplicates there are, as well as their locations in File Explorer. The interface will also show you each photo with a “similarity” rating, and the ability to delete one of them right there.

The Similarity rating is good because the photos may not be an identical match, but perhaps close enough. In the case of my dog, he may have turned his head slightly. So the similarity percentage will be lowered to reflect that. 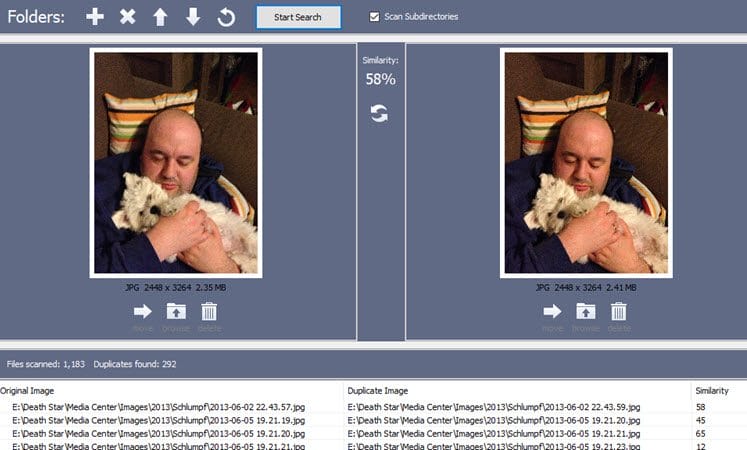 Before you decide which image to delete, the program gives you some information which you should consider first.

Information To Think About

When you have considered all of these variables and decided which one should be nuked, press the bin icon under the photo. Next to the bin icon, is also the option to move the photo to another folder, or see the photo in its current folder.

The neat thing is that when you delete one of the photos, ADPF will put the photo in your Windows Trash can. So if you subsequently change your mind about a picture, you can retrieve it from the trash.

So as you can see, Awesome Photo Duplicate Finder does the tedious work of weeding out the duplicates, but it is still left to you to decide what goes. Despite some really good algorithmic programs, I am not sure I am ready to put my irreplaceable memories in the hands of a computer program.

What do you think? Is this something which can be automated, or would you want to keep full control over the process?

How To Edit Metadata On Your Messy Music Files With TuneUp