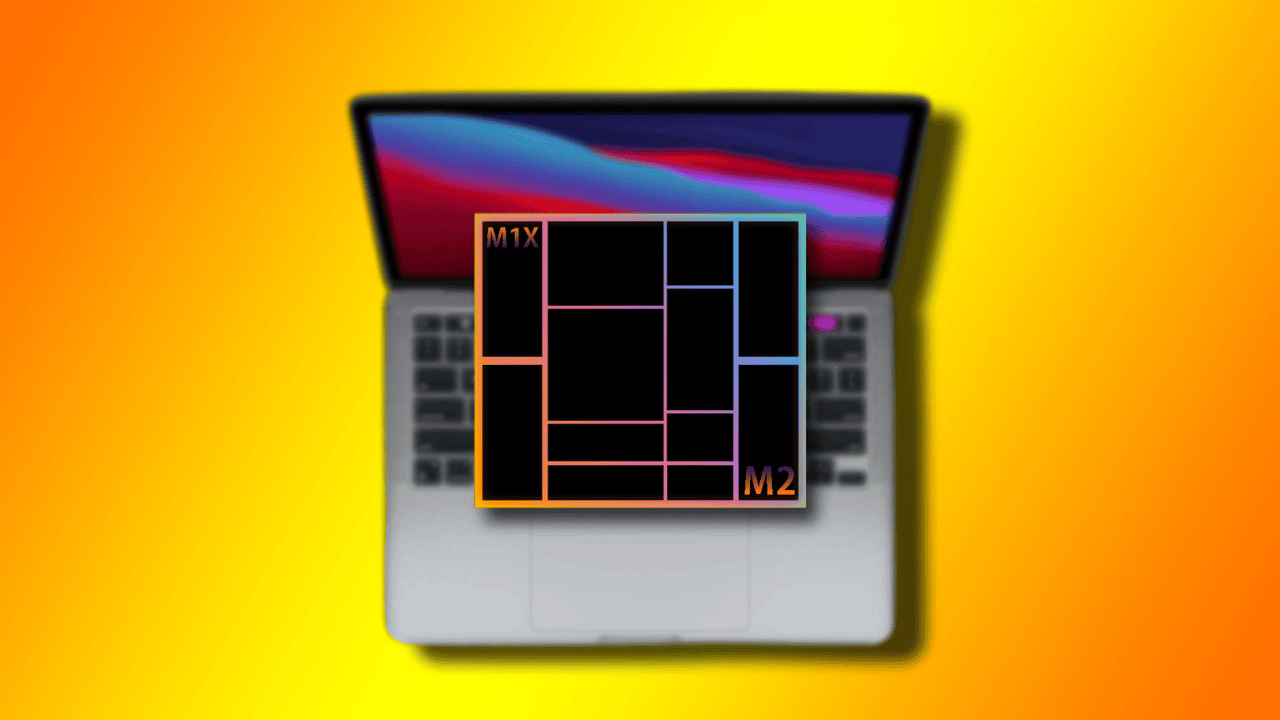 Difference between m1 & m2 chip. During the WWDC 2022 event, Apple introduced an upcoming MacBook Air packed with the next-gen M2 processor. This is the second edition of Apple’s proprietary silicon, previously found in various products under the titles of M1, M1 Pro, M1 Max, and M1 Ultra.

Although the M2 introduced during the WWDC 2022 is not quite the full-fledged version we’ll be seeing in 2023, it nevertheless brings in a new generation of Apple silicon. How does the M2 compare to the M1? We will go over all the distinctions down below. 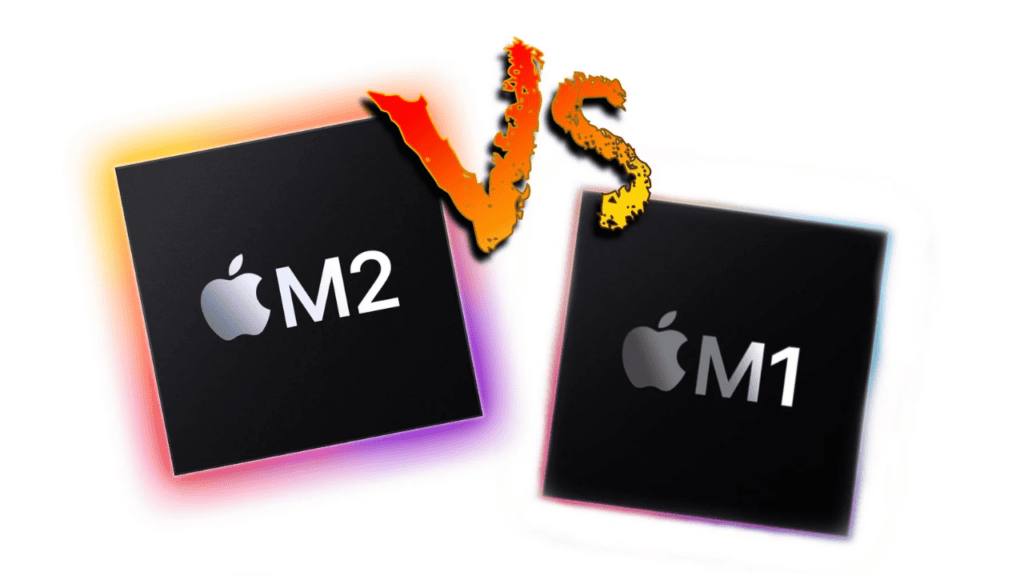 So far, the M2 CPU will make its debut inside the 2022 edition of the lightweight MacBook Air M2, as well as a new 13-inch MacBook Pro. Both the laptops are claimed to be available starting from July 2022, each with its own set of specifications and cost. When it comes to the MacBook Air, you’ll still be able to buy the M1 version of the notebook, only significantly cheaper. The M1 MacBook Air will now start at $999, while its enhanced M2 variant will hike up the price to $1,199 and above. The top variant of the M2 Air is priced at $1,499 and provides enhanced storage, among other things.

The 13-inch MacBook Pro signals a comeback for the family, and both the 13-inch variants will come packed with an M2 chip. You’ll have to spend $1,299 for the basic version or $1,499 for the upgraded version. Pre-orders are now open on Apple’s official website.

Apple is keeping the M1 MacBook around at a lesser price, but we don’t yet know if they’ll do the same for other M1 items. It’s safe to presume the upcharge on the M2 MacBook Air has more to do the redesigned chassis and new screen and less to do with the chip upgrade.

The M1 chip can be found in a wide number of Apple products, most notably in the Mac Mini.

Of course, it’s been developed upon for more powerful items. The MacBook Pros also have it, but these are the 14-inch and 16-inch variants, and they come coupled with the M1 Pro or the M1 Max, priced at anything between $1,999 and $3,499. The greatest version of the M1, the M1 Ultra, can be found inside the $4,999 Mac Studio. The M2 versions of these more powerful CPUs will likely not appear until 2023.

Before Apple ever revealed the M2, it already had a wide range of its own M1 chips. Once the firm decided to shift away from Intel silicon, it continued to grow the M1 family step by step, first unveiling the M1 itself, then the M1 Pro and the M1 Max, and eventually, the M1 Ultra. Each found its way into a separate Apple product, and each has its distinct performance characteristics.

Comparing the M2 to the basic M1 doesn’t bring many differences, at least not on the surface. Both the M1 and the M2 contain eight cores, but according to Apple, the M2 has the upper hand – the cores have been constructed utilizing Apple’s next-gen architecture. This should raise the performance by up to 18 percent compared to the base M1, according to Apple.

The M2 chip displays a lot of similarities to its older sibling also if you check under the hood. Made on a refined 5nm production node, it’s manufactured in a near-identical method to the M1. Apple is holding the larger upgrades and modifications for 2023 or later, and in the meantime, we have this in-between version of the M2 to hold us over.

Apple’s M2 CPU will come with up to 24GB of LPDDR5 memory, up to 25 percent more transistors than the M1

Adding up to more than 20 billion, and 10 graphics cores – two more than the M1. The extra graphics cores will likely prove to be where we see the most boost in terms of speed, in addition to the presence of the same media engine that was included in the M1 Pro and M1 Max. All in all, Apple says that the CPU will be faster by up to 18 percent , while the GPU will experience even higher benefits — up to 35 percent . Apple also claims a 50 percent boost in memory bandwidth between the M1 and M2. 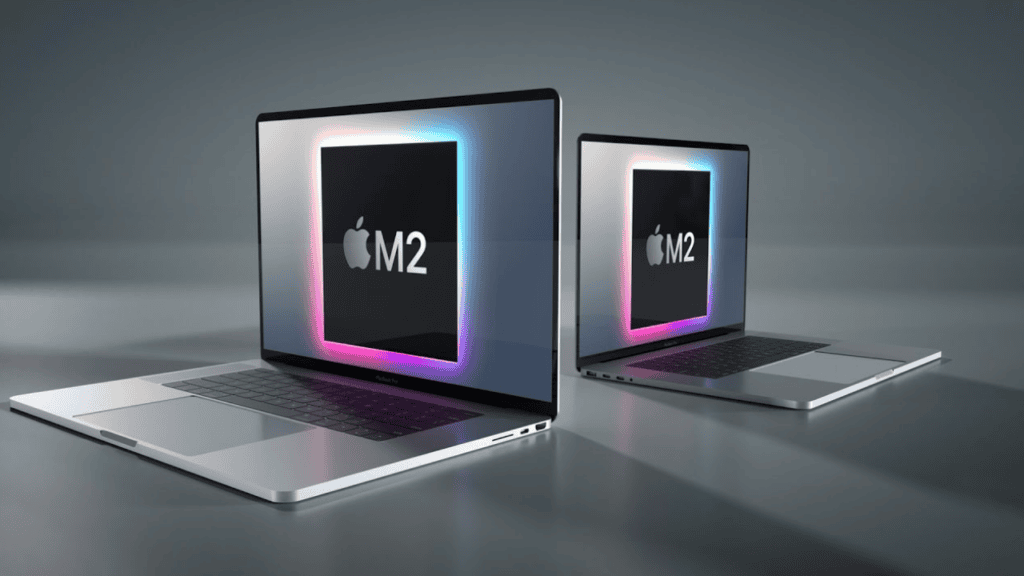 Comparing the M2 to the M1 Ultra is unfair and not really worth looking at. Undoubtedly, Apple will produce updated versions of the processor as time goes on, and we’ll be able to make a reliable comparison when that happens. For the time being, M2 will surely be the winner in a war of “M1 versus M2,” although the numbers may not be as big as what we might see in the future.

In its basic incarnation, the M1 microprocessor didn’t have a great lot to offer in terms of ports. M2 seems to improve on that. Let’s draw a comparison between the M1 MacBook Air and the new M2 version that will be coming out in July.

M2 is better, but this is merely the beginning

Going by pure numbers alone, it does seem like the M2 chip will be superior than the standard M1. That should come as no surprise. Although both the chips are constructed on a near-identical design and have the same core counts, the M2 does introduce some alterations. We’re getting two extra GPU cores, a bigger transistor count despite maintaining the same footprint, and several improvements that, according to Apple, should add up to a near 20 percent increase in performance.

However, as we mentioned in our initial analysis of the chip, the M2 that we’re getting in 2022 is an improvement, but don’t expect a significant step forward. It clearly signifies an update to the M1, but it’ll like not be going to have the same groundbreaking effect the original M1 had. For example, this is not a jump equivalent to comparing the M1 to the M1 Ultra — it’s just a minor stride on a road that will go on for many months to come. It’s too early to say where exactly Apple might take the M2. It’s probable that the jump from the M1 to the M2 may stay slightly less-than-impressive even when the enhanced variants of the chip begin to roll out over time, such as the M2 Pro or the M2 Max. The genuine generational jump might not happen until the (rumored) M3 eventually comes out. 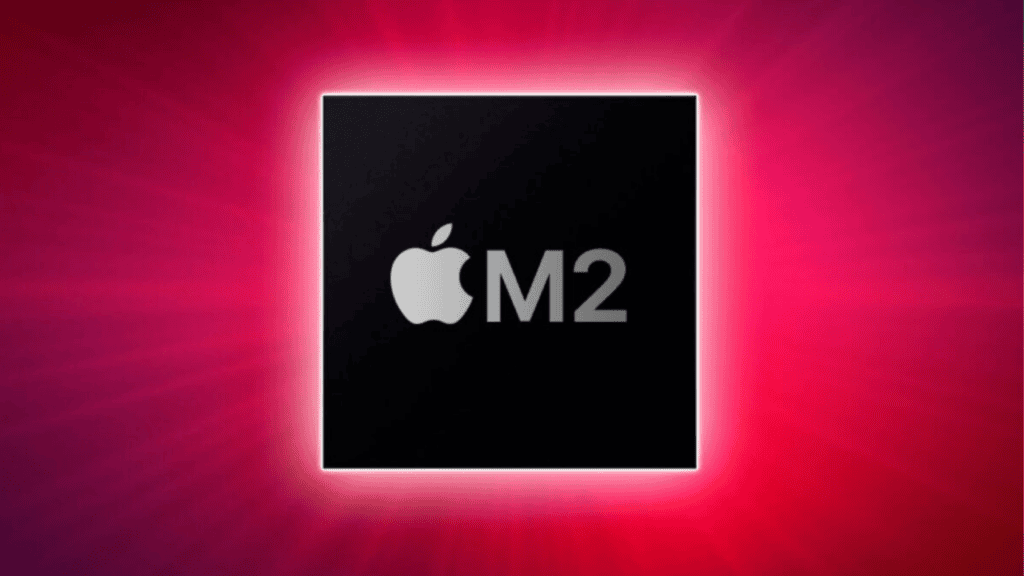 Q1: What is the difference between M1 and M2 chip?

The Apple M2 processor offers Unified memory of up to 24GB with a bandwidth of 100GBps, which is really excellent. For instance, the M1 supports only up to 16GB of Unified memory with a speed of 68.25Gbps.

The CPU of M2 contains higher performance cores and increased efficiency cores that together give 18 percent greater multithreaded performance than M1. Compared with the latest 10-core PC laptop processor, the CPU in M2 gives roughly twice the performance at the same power level.

Apple claims the M2 will include an 18 percent faster CPU, a 35 percent faster GPU, 50 percent greater memory bandwidth, and a 40 percent quicker Neural Engine than the M1

The M1 processor delivers up to 3.5x faster CPU speed, up to 6x faster GPU performance, and up to 15x faster machine learning capabilities compared to the Intel CPUs used in prior-generation machines

The M1 Pro, with its eight or 10 CPU cores (two efficiency cores, the rest are performance cores), promises multi-core CPU performance that’s around 70 percent greater than the M1, so even with a decent improvement, the M2 will still be much slower overall than the M1 Pro.

That puts Intel 20 percent faster. If the M2 processors do gain a 20 percent improvement over its predecessor it implies it will be comparable to Intel’s 14-core, 20-thread CPU. That’s quite the generational gap!