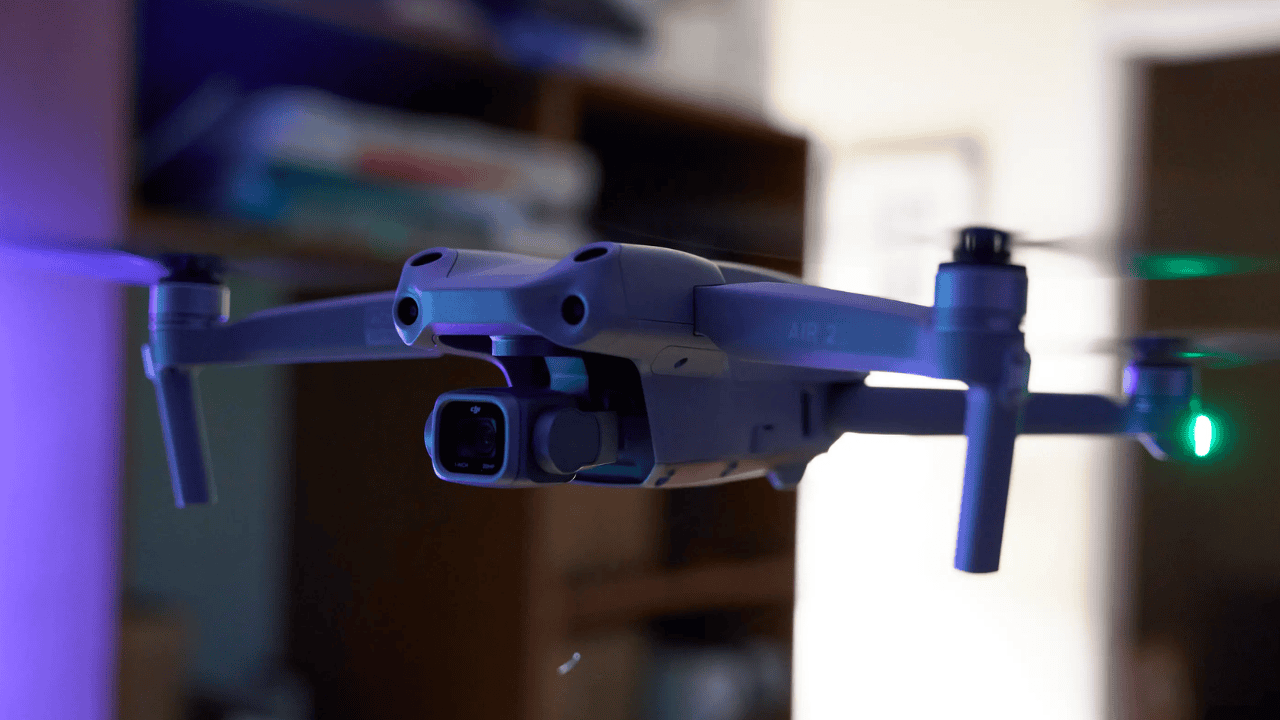 DJI Air 2s How Far and High it can Fly

DJI air 2s, Drone flight behaviours are guided by the following “life saying”: Even if you have the ability to accomplish something, should you?

Because GPS Camera Drones can fly exceedingly high and far, I abide by that phrase, especially when flying them. However, the question of “should you take them out to their limits?” arises. In addition to being pricey, drones may represent a danger to people or property if something goes wrong. There may be a reason to be concerned about their distance and height capabilities in combination. 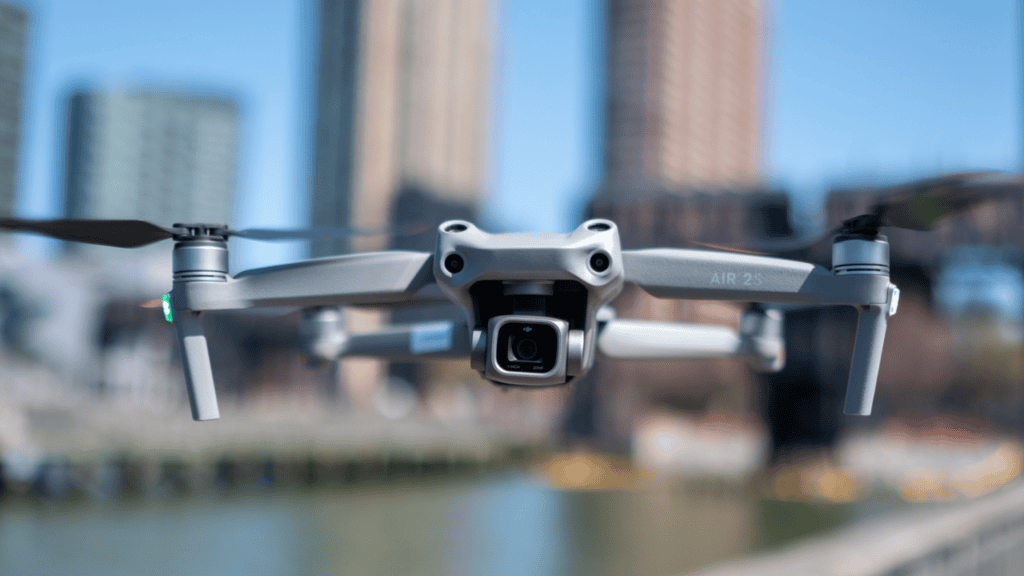 DJI Air 2S is capable of flying how far and high?

DJI claims that the Air 2S can fly 7.5 miles (12 kilometres) and reach a maximum altitude of 3.1 miles (5 km). In view of the Air 2S’s diminutive size and light weight, those are impressive results. It is possible that these distances can be attained on paper, but the general flying public will not be able to do it.

It seems unlikely that most drone pilots will be able to fly that far because of a combination of factors such as battery life and interference from obstacles.

There are a few things that can significantly reduce the Air 2S’s range and altitude, which we’ll examine in greater detail.

Some information on the transmission system would be helpful first:

Version 3.0 of OcuSync (the Transmission System). An introduction to the past. In 2016, DJI introduced OcuSync, a transmission technology for the original Mavic Pro. Use this technique for communication between the RC and the drone. It had a few new features to offer. Being able to accommodate many outputs at once is one of these qualities.

Such as with DJI Goggles and two controllers, was made possible with OcuSync’s improved transmission speed with a more robust and stable connection than earlier transmission systems.

During the introduction of the Mavic 2 series, OcuSync 2 was released. OcuSync 3.0 was introduced in 2021 with the debut of the DJI Air 2S.

Benefits are now higher than they were previously

For drones designed to fly in countries like the United States (and its territories), Canada, and parts of South America and Asia, DJI takes great care to beef up the transmission power.

OcuSync 3.0 now has a maximum operational distance of 7.5 miles because to its improved power (which is beneficial to all locations where it is employed). The signal between the RC and the drone has improved in both quality and strength, in addition to the increased range.

In comparison to previous versions of OcuSync, OcySync 3.0 has a higher bitrate and reduced latency, so you can fly further while still receiving a sharper and clearer video feed back to your remote control.

If you’re a photographer or videographer, this is a must-have.

Ultimately, this is why we’re all here. Air 2S range is limited by four factors that must be considered when discussing realistic distance and height one may fly the Air 2S. Listed here are the specifics:

Certification as a limiting factor

Prohibition by means of impediments

One of the most fundamental elements of drones is sometimes forgotten when we think about how far we can fly. So here we have the battery! 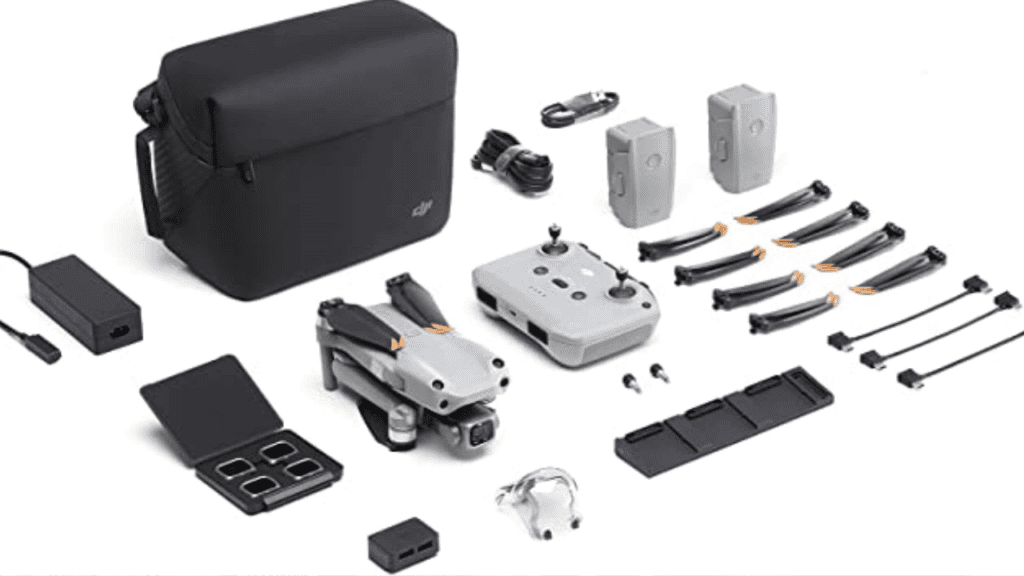 For example, you may notice an FCC, CE or SRRC sticker or stamp on your drone and remote control. For a specific location, this certification identifies the governmental agency responsible for regulating radio broadcasting

The distance your drone and RC may transmit is governed by these four certifications, which are mandated by national and regional legislation. As a result, you should only use your drone in the designated area where it was designed.

DJI’s firmware is set to the maximum distance permitted by the region.

If you plan on flying a drone in a new country, it’s a good idea to research the country’s drone rules first. You can fly as far as the user manual specifies with an FCC-certified transmitter (i.e. one from the United States).

You can fly up to a maximum of 3.7 miles (6 kilometres) with a CE-certified aircraft

Certified by the SRRC, 3.7 miles or 6 kilometres

When flying outside of the United States or another FCC-approved nation, DJI limits the drone’s flight range to 3.7 miles, which is significantly less than the actual physical capabilities of the drone.

At a maximum height of 400 feet AGL (above ground level) or below, the FAA has ordered that drones be flown inside the VLOS (Visual Line of Sight).

As a result, the claimed Air 2S maximum flight distance of 7.5 miles out and 3 miles aloft is essentially meaningless if you are flying in the United States. Why?

In terms of distance, VLOS refers to the maximum distance over which you can see your drone clearly

Basically, it means being able to see the drone clearly, with no obstructions such as nearby buildings, trees, or other structures blocking your view.

The distance your drone can see is a matter of personal perception, based on, for example, how well you can see without binoculars. This may be a few thousand feet away for some, but it is by no means a long way, and it is by no means seven miles.

In order to safeguard manned aircraft (which may be sharing the same airspace as drones) from an airborne disaster, the FAA and other country legislators have enacted all of these restrictions.

Helicopters and low-flying planes are a regular concern in Central Florida, where I live. At any altitude, losing sight of the drone could be an issue.

In addition, there are restrictions imposed by impediments.

There are two types of impediments that can reduce:

In urban areas, cell phone towers and WiFi congestion can dramatically degrade the transmission signal, making it impossible to fly there. Tall structures and skyscrapers in urban areas can significantly minimise transmission distances.

This means that if you’re thinking about taking a flight into the city, the signal interference will be severe. Rural areas, on the other hand, are completely free of disturbance when flying in a typical suburban neighbourhood.

Due to a combination of factors, the Air 2S is capable of flying a distance of 7 miles and a height of 3 miles, however most drone users will not reach these extremes. The battery life, Licensed to, Operate on the Radio, The Laws of Your Country, Interference with a path. When it comes to the Air 2S, even if you’re simply flying around the city, you’ll be able to get where you need to go with minimum interference thanks to the OcuSync 3.0 transmission system’s ability to deliver a strong and reliable signal. At the end of the day, that’s what the vast majority of drone pilots really want. 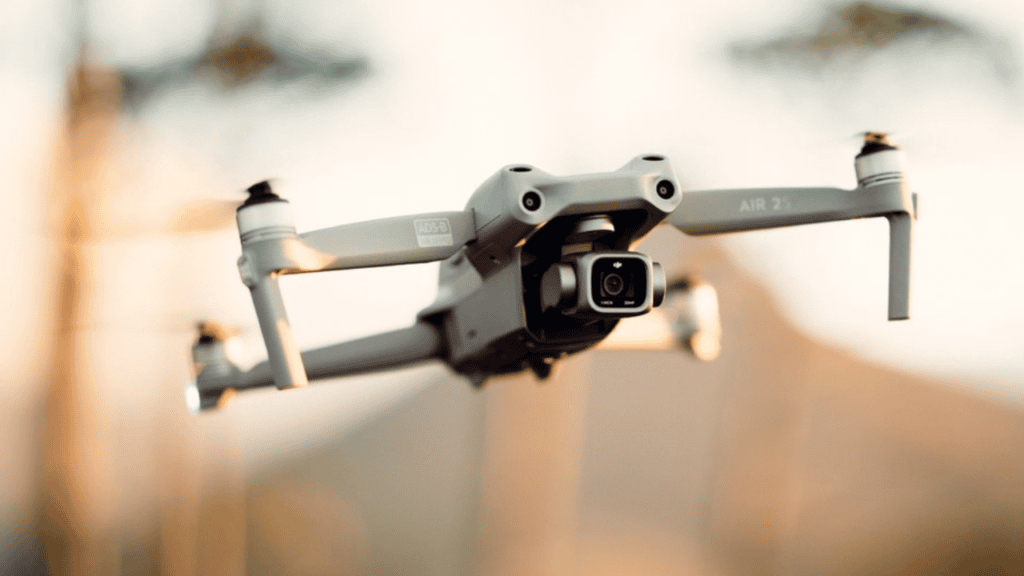 Q1: What is the maximum range of the DJI Air 2S?

Q2: Is it possible to fly the DJI Air 2S at night?

You can securely fly the DJI Air 2S at night with to its navigational lights and strobe kit. Part 107 certification is required for commercial drone pilots. Drone pilots, whether working for a company or flying for fun, must complete free night flying training.

For those looking for a more powerful drone than the DJI Mini 2, the Mavic Air 2S is an excellent choice, despite its peculiar feature constraints. Compared to the Mavic 2 Pro, there are a few drawbacks, but most people will be fine with them.

Q4: Is the Mavic Air 2 capable of flight in rain?

Flight in snow and rain is not recommended. Since there may be complications with the device. There is a recommended temperature listed below for use with the DJI Mavic Air 2. Please accept my sincere gratitude for your support and understanding.

Only those drones that weigh less than 0.55 pounds (less than 250 grammes). And are only flown by recreational flyers are exempt from registration requirements. Under both part 107 and part 107, drones may be used for both commercial and recreational purposes.