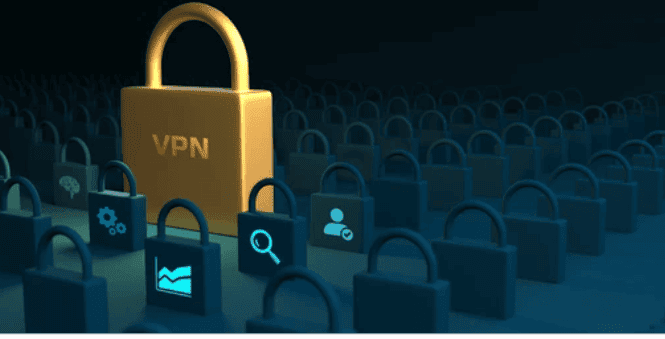 Home
Best Practice
Double VPN – What Is It & When Do You Need It.

If you’ve previously done any sort of research on the topic of cybersecurity, you would’ve without a doubt come upon advice recommending you to use a VPN. Paying attention to cybersecurity is more important than ever before, and if the current events are anything to go by, it’ll only become more important as time goes on.

With that in mind, using a VPN is certainly a smart thing to do if you spend any reasonable amount of time browsing the internet. However, sometimes just using one VPN isn’t enough in order to protect your privacy and personal information – in certain cases, it can even be beneficial for you to use two VPNs. That might sound a bit odd to you now, but stick around and you’ll see the benefits of doing it after reading the article.

What does a VPN do?

Before we go on to explaining how exactly the usage of two VPNs works, we’ll include a brief refresher on how using one VPN works and what it does for you.

As mentioned above, a VPN is a crucial tool for protecting your privacy while online. Whenever you’re browsing through websites your public IP address is exposed, and people with the required know-how can use this in order to access more of your personal information, including your current location. As you may imagine, this can lead to all sorts of awkward situations. This goes doubly so for when you’re connected to a public network, such as a hotel WiFi hotspot.

A VPN solves this problem by encrypting your data – so while you’re connected to it your packets will first be encrypted and sent to the VPN server of your choice, and they’ll only be sent to wherever their original destination was in the first place. As such, your ISP (or public network owner) won’t be able to track and log your online activities – though they’ll still be aware that the underlying connection is being used for something.

Since your packets are being sent to a remote server before being forwarded further, using a VPN effectively masks your real current location as well – and your actual IP address will be hidden, too. Another benefit of this, besides additional security, is the fact that you can use this fact in order to access content that would otherwise not be available to you due to regional blocks.

What is a double VPN and how does it work?

What are the benefits of using a double VPN?

Now that we have covered the basic gist of how a double VPN works, we can see what the benefits of using it are. The first (and perhaps greatest) benefit of using a double VPN is the fact that it ensures a double encryption. Even using one VPN encrypts your data to the point where it can be considered safe, but using a double VPN doubles down on this and ensures that even really knowledgeable malicious individuals using advanced computers would need way too much time (think a large number of years) in order to break through and decrypt your data.

Next, going hand in hand with the previous benefit, you’ll get an enhanced level of security while browsing due to the fact that your connections will be using a mix of UDP and TCP protocols.  You may also remember that we mentioned the fact that your IP address gets hidden when you use a VPN. The good thing about using a double VPN is the fact that the second server you use won’t have any information about you, as a result of the first server changing your IP. And since the packets reach your wanted destination from the second server, you can rest easy knowing there’s no way to reverse engineer the packets to get to your personal data.

Another benefit to using a double VPN is the fact that if one of the servers you use is compromised, your data will still be encrypted when it reaches the other server and thus will be unreadable to malicious third parties.

Last, but certainly not least, is the fact that not even your ISP will be able to see your final internet destination. As mentioned previously, they’ll still be able to see that you’re using your connection with a VPN active, but they won’t have any idea what exactly you’re browsing for, nor what your online activities are. In case you’re wondering why this bit is particularly important – the answer is rather simple. All companies are in the business of turning a profit, and ISPs can be included here. Since they are the ones that set up your connection, they can also monitor and log everything you do online. They can then use this information in order to turn a profit by selling your browsing history to marketing companies.

When do I need to use a double VPN?

Currently, in a good number of cases, using only one VPN should suffice when it comes to an average user’s need for privacy and security. However, there are certainly legitimate reasons to use a double VPN. For example, if you happen to live in a highly restricted country and fear that your government might be holding you under surveillance, using a double VPN is a good idea, as the double encryption will make it really hard for anyone to track your online activities. In a similar vein to the previous reason, using a double VPN is a good idea if you need to have a private video chat or exchange emails or messages with really sensitive information. Finally, using a double VPN is also a good choice if you happen to be a political activist, as protecting your information means directly protecting yourself.

If you decide to use a double VPN, keep in mind that not all VPN providers have such a feature available, and you’ll likely have a smaller subset of server locations available to you, as double VPNs tend to be set up as static configurations. As always, make sure to do a bit of research before purchasing a VPN service if double VPN is what you need – and make sure that the provider you’re going with offers this service.