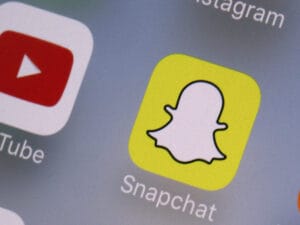 This is no other than the application of Snapchat.

Snapchat is an integrated model or integrated application that has many features which are into it. You can use all these applications and modules and mechanisms to interact with the world and end with yourself.

Recently the company Snapchat has made different changes to the application which allows customers and users to share videos from YouTube on its platform.

Snapchat has enabled the interoperable feature on the application so that it can effectively increase the size of its customers and users.

In this article, we will talk about how you can upload a video from YouTube on your account on Snapchat in a very easy and effective manner. 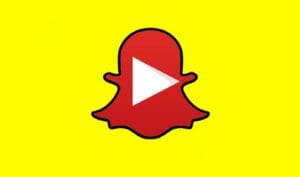 What is a Snapchat?

Snapchat Incorporation is an integrated social media company which is based in the USA.

It was founded in the year 2011 by Evan Spiegel, Bob Murphy, and Reggie Brown. In the beginning, it was based in Santa Monica which is a beautiful place in California state in the United States of America.

It is a mobile messaging application that also enables others to use the application to share, store, and effectively edit different things such as photographs, video graphs, text, and drawings.

It is very free to download and use and it uses a huge amount of data. 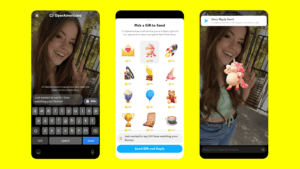 What are the Features of Snapchat?

There are multifarious features that are available and Son Snapchat few of them are very highly used on a frequent and regular basis while others are also used in sporadic cases.

How to use snapchat is a basic question that is asked, but it becomes very much easy if we understand the features.

Following are the features of Snapchat:

The first is indeed a snap which is available to all users from day one. We can say that Snapchat is kind of a picture video that you show to your friends and family directly.

A video snap can be a maximum of 60 seconds long which is known as a long snap you can also keep a snap video for a short duration as two or three seconds.

The second feature of the Snapchat application is stories that are likely to be dissolved in the application and be deleted in around 24 hours from the date and time of its uploading.

The third kind of important feature of Snapchat is the custom stories that you can create together with another person from your friends and family list. And esay to every one now easily post YouTube videos on Snapchat.

The four feature that is highly used by many people is called a snap streak or normal it can also be called streak which tries to track how consecutively you and your friend on a regular and frequent basis share snaps.

Snap streaks change with time and there are different logos and motives that you get with increasing streak with your friends. Another feature is a filter that you can use on the camera app of the Snapchat. Most people use the camera on Snapchat because of the different and flamboyant colors and combinations of different entities which you can get on Snapchat.

There are also features of lenses that come with integrated artificial reality which helps you to add three definition special effects objects and characters to the photos and the videos that you upload.

The feature which is also very important is called a snap map which helps in enabling you to share your current location of yourself.

There is also snap code and also chat which is a very basic feature of Snapchat.

You can use Snapchat with your friends to chat with them just like WhatsApp – but Snapchat has more features than WhatsApp.

There is another feature of memories that you can create through snap stories and snap shorts.

The stories are for a long duration and notches for 24 hours hence you can keep them for long as long as you want them to be.

Some features are less used but very important such as friends sharing list, discover in Snapchat also snap map, and also context card that you can use for identification.

Recently, Snapchat has added another feature of uploading videos on YouTube to your Snapchat profile. Let us know how it is done easily. This is a very new feature that Snapchat has introduced recently and it will indeed help in increasing the customer base and user base for Snapchat. You can also upload YouTube music video on the snapchat very easily.

The following process can be used to upload videos from YouTube to Snapchat:

It is also asked if snapchat is safe, then in such a scenarios your should not be afraid as the application is very much safe for the user.

How can I use Snapchat without the app?

This feature is not enabled and it is not even feasible to use Snapchat on your personal computer all on the desktop. To use the Snapchat application, you would have to use it on a mobile phone with the help of an application on iOS or Android.

How can’t I download Snapchat on my mobile phone?

Can you open Snapchat on your personal computer?

No, you cannot open Snapchat on a personal computer has this feature is not still being allotted and provided by the company of Snapchat itself.

Are snaps in Snapchat safe?

Yes, they are completely safe because of the servers that are highly protected from the interference of a third party. Yet we cannot say that there is a 100% and for the sake of caution we say that you should keep fewer personal data on Snapchat.

This is it that we know about Snapchat and related ideas about it. To know more about such related ideas do follow our website trendblog.net on a regular and frequent basis.

How to manage a single WhatsApp account on two different devices.