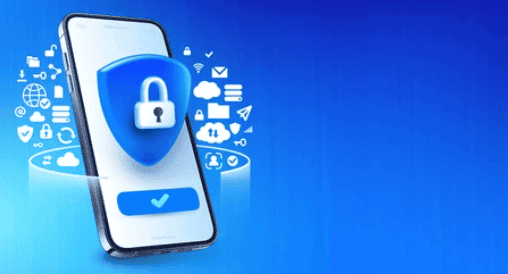 In this day and age, having a fast and reliable internet connection is almost as important as having fresh air and water. Whether the connection is being utilized for work purposes (which is more so the case every day), gaming, streaming services, browsing social media with tons of images and videos, or any sort of combination of these, it is absolutely necessary for it to be as quick and disruption-free as possible.

Now, your internet speed depends mostly on your ISP – as they’re the ones that set up and maintain your connection to the internet. Therefore, if you want a fast and stable connection, it is imperative for you to (if possible in your region and living conditions) choose the best possible ISP available and sign a contract for a decent internet speed. What this ‘decent’ internet speed is will largely depend on what your needs are.

There is, however, a caveat to this – whenever you sign a contract with your ISP, you are not guaranteed to always have the exact internet speed you signed the contract for. If you read through the details, you’ll notice that your ISP will almost always include a clause that claims you’ll receive an internet connection with a speed ‘UP TO’ the speed you’re signing for. This means that you can’t really take legal action in case your internet speed isn’t reaching the peaks you’d expect it to reach according to the contract you signed.

Why isn’t my internet speed always reaching the peak I expect?

Now, there are multiple reasons as to why your internet speed might not be as fast as you would expect and like it to be. Perhaps your ISP is currently having issues on the line you’re using, and your connection is being slowed down due to physical issues with the connection itself. Maybe your neighbor is piggy-backing off of your connection and that’s why you’re experiencing a slowdown (which is why it is crucial for you to never use a default password for your router and WiFi connection, as these are publically available for a lot of manufacturers – make sure to pick something safe that only you know and that you’ll remember).

Another huge reason for why your connection may be slower than you expect is indeed ISP throttling.

What is ISP throttling?

ISP throttling, also known as bandwidth throttling, is a term that refers occurrences where your ISP slows your internet down deliberately. Now you may be wondering how and why they would ever do that – and that’s a reasonable thought process.

ISP throttling most often occurs in cases where you have reached your data cap for the current month – if you happen to be on a connection that has a monthly bandwidth cap. If this isn’t the case, the next logical conclusion would be the possibility that you haven’t caught up to your internet bills. Now, if you aren’t on a connection that’s limited in bandwidth and you’re certain you’ve paid all the bills, the only conclusion is that your ISP is throttling the connection as a result of trouble on their end, and not yours.

Why would my ISP throttle my bandwidth if there’s nothing wrong on my end?

That’s a good question! Fortunately, the answer is somewhat simple. In certain cases, and especially in the last year or two (as a direct result of the worldwide pandemic), there is simply too much traffic going through the ISP’s servers. Online gaming, streaming movies and shows in HD resolutions, watching Twitch streams, even watching YouTube videos in a large resolution all take up a large chunk of bandwidth, and with more people stuck at home with not much else to do, you can easily get a picture of how bandwidth-related issues can pop up on the ISP’s end. Even uploading large files can cause trouble if enough people do it at the same time – and, as mentioned previously, there’s more and more people switching to a work from home environment. As a result of this perfect storm, ISPs have recently had the need to throttle their users’ bandwidth a bit more than before.

Another, more cynical line of thinking as to why your ISP might be throttling your bandwidth is the same old reason you’d expect a cynic to default to – money. Whichever way you slice it, it’s plainly cheaper to set everyone to the same speed than to manage tons of different connections.

Some websites or services are working fast for me, while others are noticeably slow. Could this also be bandwidth throttling?

The answer to this question is a resounding yes. The reason for this is the fact that certain ISPs can have so-called ‘fast lane’ deals with service providers and content distribution networks. This means that if, for example, your ISP has a ‘fast lane’ deal with Amazon, you may have a better experience streaming a movie through Amazon Prime than you would have streaming one on Netflix. The reasoning behind such deals is also quite clear – by directly manipulating the experience a user has on a certain streaming service, providers of said services can bring over more users to their side.

Is my ISP even allowed to throttle my bandwidth?

While it technically is not legal to provide a slower connection speed to certain websites and service providers (and this was quite a huge point of contention back in 2011, when the FCC had to step in and bring regulations for this question), it is legal to provide the aforementioned ‘fast lane’ services. Then, of course, there’s the question of how one would even prove that an ISP is throttling their bandwidth to a specific service, such as Netflix.

How do I know whether or not my ISP is throttling me?

While the dreaded spinning circle on your favourite streaming service can indicate that your bandwidth for said service is being throttled, it isn’t exactly the ‘smoking gun’ evidence you need. What you can do instead is performing a connectivity test to the same application, through different service providers. If your results vary wildly between different service providers, you can be rather sure your bandwidth is being throttled.

How does using a VPN prevent bandwidth throttling?

Since using a VPN basically encrypts all of your browsing data, it also makes it impossible for your ISP to view the results of your online activities – including the content you’re viewing. What this means is that, since the ISP doesn’t know whether you’re pulling a ton of bandwidth via streaming a show, or just browsing through a lightweight text page, you won’t show up on their radar when it comes to choosing who to slow down via bandwidth throttling.

How do I use a VPN in order to bypass bandwidth throttling?

Fortunately for us, bypassing a meddling ISP’s bandwidth throttling is rather simple. All it requires is for you to find a VPN service provider you trust, create an account on their service, and use their software while browsing the internet.

When picking out a VPN service, keep in mind that free VPN service providers often log your activities so they can later sell these logs to marketing companies, in order to turn a profit. As such, if privacy is of concern to you, picking a premium VPN service with more of a well-known and reputable name is a good idea. Make sure to do a bit of research before going through with any purchases – and check the experience other users had with the provider you’re looking in to.

And with that, we’ve covered pretty much everything you need to know about bandwidth throttling and how to efficiently bypass it through using a VPN. Good luck with freeing up your bandwidth and we hope you’ll enjoy the better browsing experience!