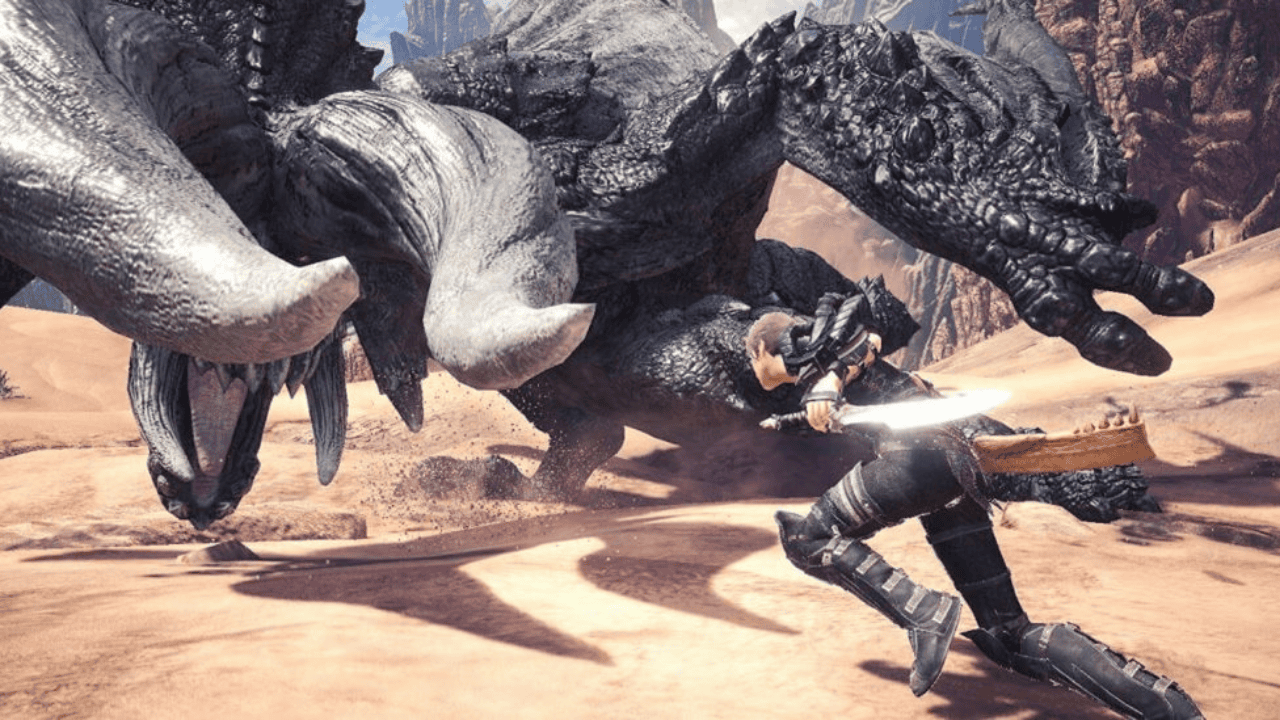 Elden Ring, Monster Hunter isn’t it strange that the first thing that comes to mind when you think of FromSoftware is a skeleton rolling forward? Or a goat that’s been electrocuted. Or a balding thug guffawing as he kicks you down a rabbit hole. Deformed dragons and Fell Omen from the West Country make for some tricky boss battle challenges. After playing Monster Hunter Rise, which is a series of ever-increasing lizard-on-lizard battles, I’ve started comparing these fights to Elden Ring’s. And I believe that the simple health bar, or lack thereof, is a major factor in their differences.

Such as Elden Ring, you’ll be confronted with a hideous monster and its correspondingly hideous health bar. Your halberd will clip the boss and you’ll keep an eye on the health bar to see if it responds as you expect. You’ll either see a large chunk of it disappear, which will re-energise you, or you’ll only see a small dent in it, which will make you want to accept death’s embrace. 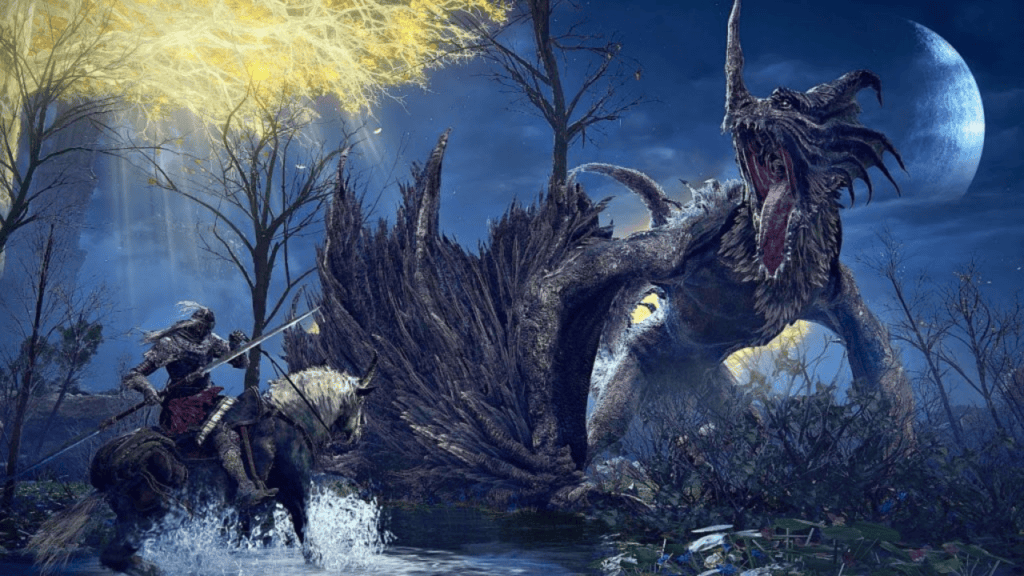 I understand that the health bar isn’t unique to Elden Ring. Having played Monster Hunter Rise and the Lands Between recently, I’ve become acutely aware of this phenomenon. Not only am I dodging and weaving to avoid the claws of my opponents, but I’m also gathering information from a horizontal strip of red. Aside from the obvious fact that it tells me how much pain I’m inflicting, it also serves as a timer that doesn’t tick down until I take action; a reminder that if I’m to emerge victorious, I must punch the hourglass and get that sand to budge.

There are no health bars for large lizards in the Monster Hunter Rise game. You smack their scales, and some damage numbers appear on their screen. You are bombarded with the numbers 7, 31, and 14, and you have no idea what they mean at first. The only time you turn orange is when you’ve tickled a weak spot. To become a professional trapper, you must first master the art of following your instincts and figuring out how to make the big orange numbers appear. That red health bar and the complete rejection of it are the monster’s behaviour as you learn to follow your gut.

Athletes who have been taught not to let their emotions get the better of them are like monsters in Monster Hunter. They take blows like they’re nothing. As soon as those numbers are brought to light they’ll begin to wobble or even flee the scene! Elden Ring’s bosses aren’t like that; they only get stronger if you take enough damage from them.

Both games, in my opinion, have different ideas about what constitutes a difficult situation. They want you to feel like you’re up against insurmountable odds, so they use Elden Ring’s health bars as a means of both applying pressure and encouraging bravery. You can always see the finish line dangling in front of you, so the key is to hit the bad guy while avoiding being hit by the bad guy. On the other hand, the tussles in Monster Hunter are messy psychological scraps that can last up to an hour, where the challenge lies more in unravelling a beast’s behaviour and realising that it’s equally vulnerable as I am—the person hammering them over the head.

The overlords of Elden Ring are gods and monarchs. Dog statues and spectral beings orbit an all-powerful tree in the sky. That health bar appears as a warning that you are about to face a challenge with a creature that expects nothing less than your best performance. Defeat them, and you’ll obliterate an indestructible soul. Compare this to Monster Hunter, where the monsters – no matter how dangerous or large – are just resources. You devise a procedure for harvesting them more quickly, even down to the point of having them wear their own skin. While frightening and powerful, they are not unachievable.

As much as I’d love to see a return of Elden Ring or Souls, I’m starting to appreciate Monster Hunter’s lack of them. It’s true that they’re two very different games, but without health bars, you really get to know the beast you’re fighting. If the fantasy of defeating a monstrous, deformed earwig is what draws you to Elden Ring, I’d argue that its health bars keep you at a distance and turn each encounter with these supreme beings into a one-sided affair. I could be wrong, of course. 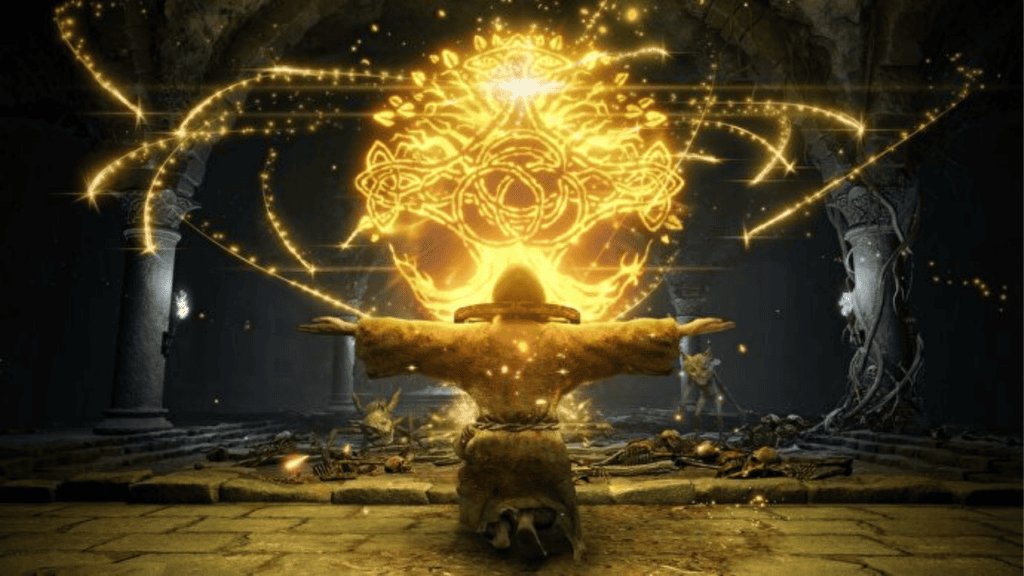 Elden Ring, like many other video game bosses, rarely shows signs of vulnerability aside from occasional shifts in mood or brief passages of dialogue. If it weren’t for the health bar showing their health is low, you wouldn’t know you were pummeling each other to death. They swing at you as if you haven’t been fighting for twenty minutes, despite the fact that you have.

Monster Hunter, on the other hand, makes you feel like you’re fighting a creature that understands the situation. It’s as if the big lizards have been emotionally and physically unlocked, displaying their strengths and weaknesses through behavioural change rather than standing tall and pointing to a metre that’s going down. Please understand that I do not advocate the elimination of health bars altogether. When a bar reaches zero, I feel ecstatic. As a fan of video games, I think Monster Hunter’s decision to forgo a video game staple like this is a plus rather than a negative. 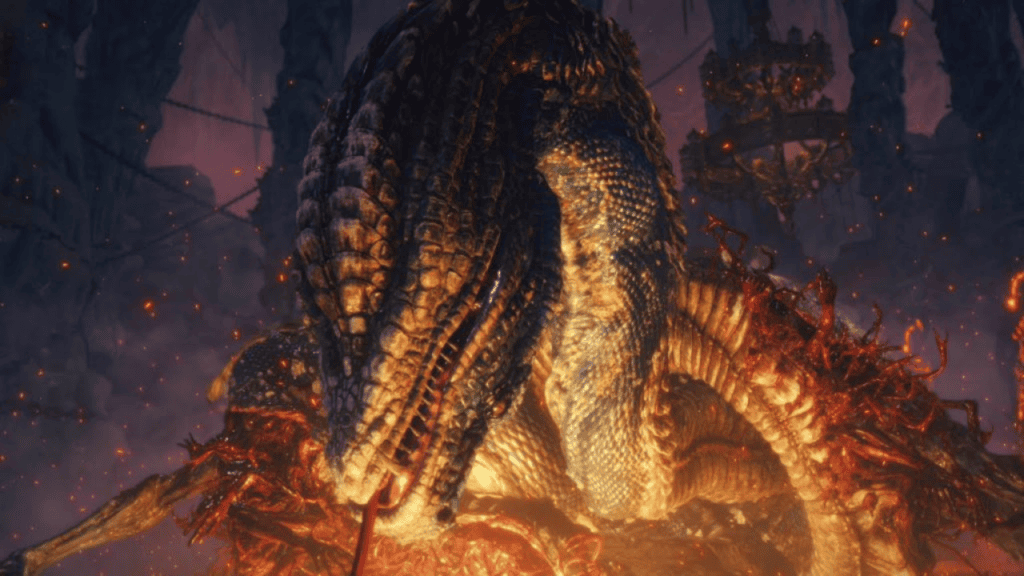 Q1: Is the Monster Hunter world similar to Elden Ring?

Q2: How many bosses will Elden Ring have?

In Elden Ring, if we count any enemy with an enemy bar that you can flee from, we estimate that there are at the very least, 157 boss encounters to be found.

Playing Elden Ring like Bloodborne is the best way to spice things up in the beginning. I was a little intimidated by the Dark Souls series’ gameplay before playing Elden Ring because I had never played any of the other games in the series.

Q4: Is Dark Souls similar to Monster Hunter in terms of gameplay?