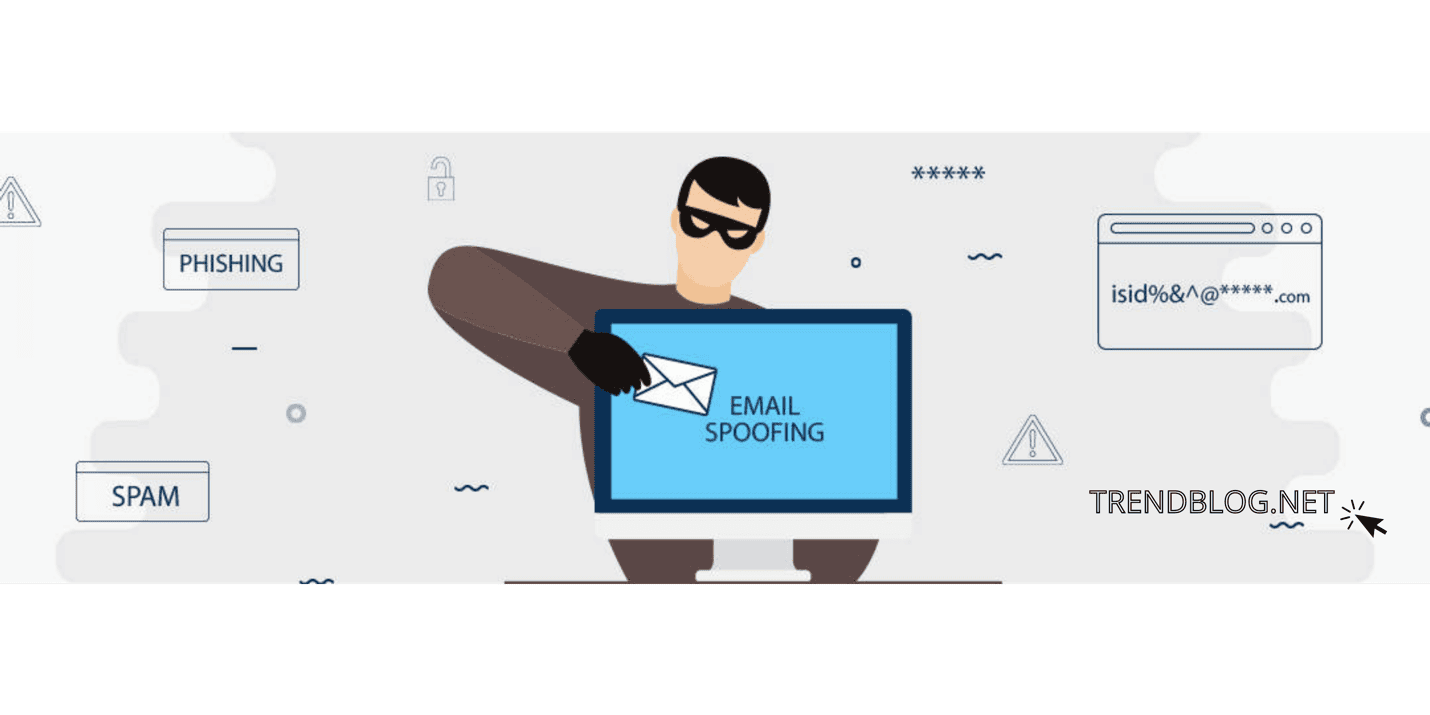 Email Spoofing – What Is It? | Its Distinction From Phishing, Etc and Much More

It is common practise in spoofing and misleading campaigns to disguise the origin of an email response as coming from someone or something that the recipient knows or trusts. Sophisticated attacks utilise email header forgery to show a bogus source address, which is what most recipients accept as true. Without paying strict attention to the header, consumers would mistakenly believe the message is coming from a legitimate source. People are more inclined to believe anything if it has a well-known brand name. Consequently, they’re more likely to accept virus files, click harmful websites, and even transfer money to a company they’ve never heard of.

Because of the approach email networks are constructed, email spoofing is a real possibility. When sending emails, the application program designates a sender address; the outbound mail providers have no idea if the email is real or faked.

Spoiled mails may be detected and filtered with the aid of destination systems and antimalware technology. Sadly, privacy procedures aren’t implemented by all email providers. Even so, users may check the email headers attached to each message to see whether the recipient identity is fake.

Spoofing has become a problem since the late 1960s because the manner mail systems function. Spammers invented it as a way to bypass spam filtering. In the nineties, the problem grew increasingly widespread, and by the 2000s, it had grown into a major worldwide safety concern. 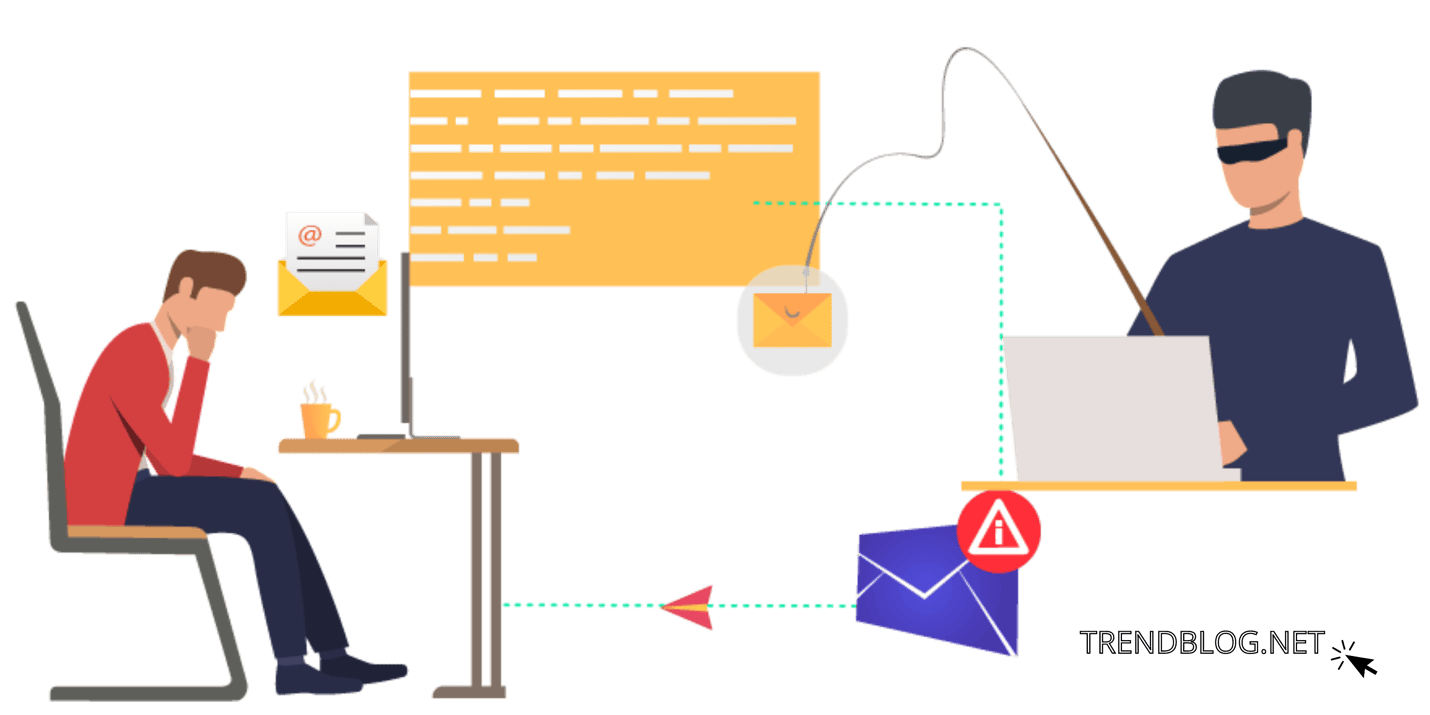 Mail faking and fraud was successfully combated in 2014 with the introduction of security procedures. Since these measures have been implemented, numerous forged fake emails have been sent to trash folders or have been discarded and never reached the mailboxes of their intended recipients.

Reasons to be concerned about email spoofing

Even although many fake emails may be quickly discovered and fixed by just dismissing the messages, there are others that can create significant issues and represent significant security threats. As an instance, an email that seems to come from a well retail site, it may solicit the receiver for personal information like a passcode or bank account information.

It’s also possible that when the consumer clicks on the hyperlink in the counterfeit email that spyware is installed on their system. An example of an organisation emailing breach includes faking messages from President or CEO of a firm seeking a money transfer or login for inner access privileges.

Assailants utilise faked email for a variety of purposes, including phishing.

Is there a distinction between spoofing, phishing and domain impersonation? 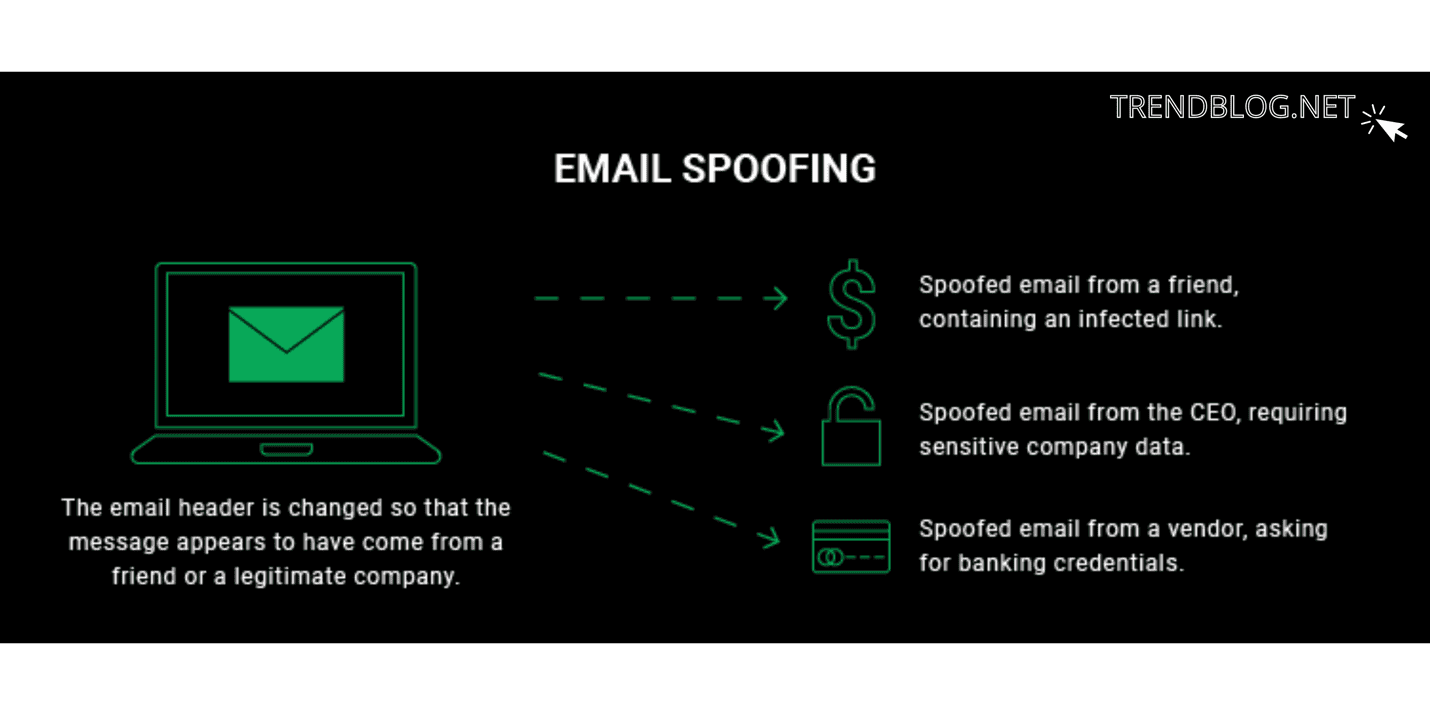 Spoofing is a common tactic used by hackers in conjunction with a phishing attempt. Phishing is a technique that involves creating a phoney email account and emailing that seems to be from a credible source and asks for personal details. Attackers want victims to open an email file or hyperlink in order to download malicious software.

In subdomain impersonating, an email which looks like another account information is being used to fake the recipient. Customerservice@facebo0k.co is an example of domains impersonator, but in a spoofing attack, the bogus sender’s domain seems real, including such customerservice@facebook.com.

When an email is a fake, how can you tell?

What distinguishes a fake email from a genuine one? Check this following email id below as an example: 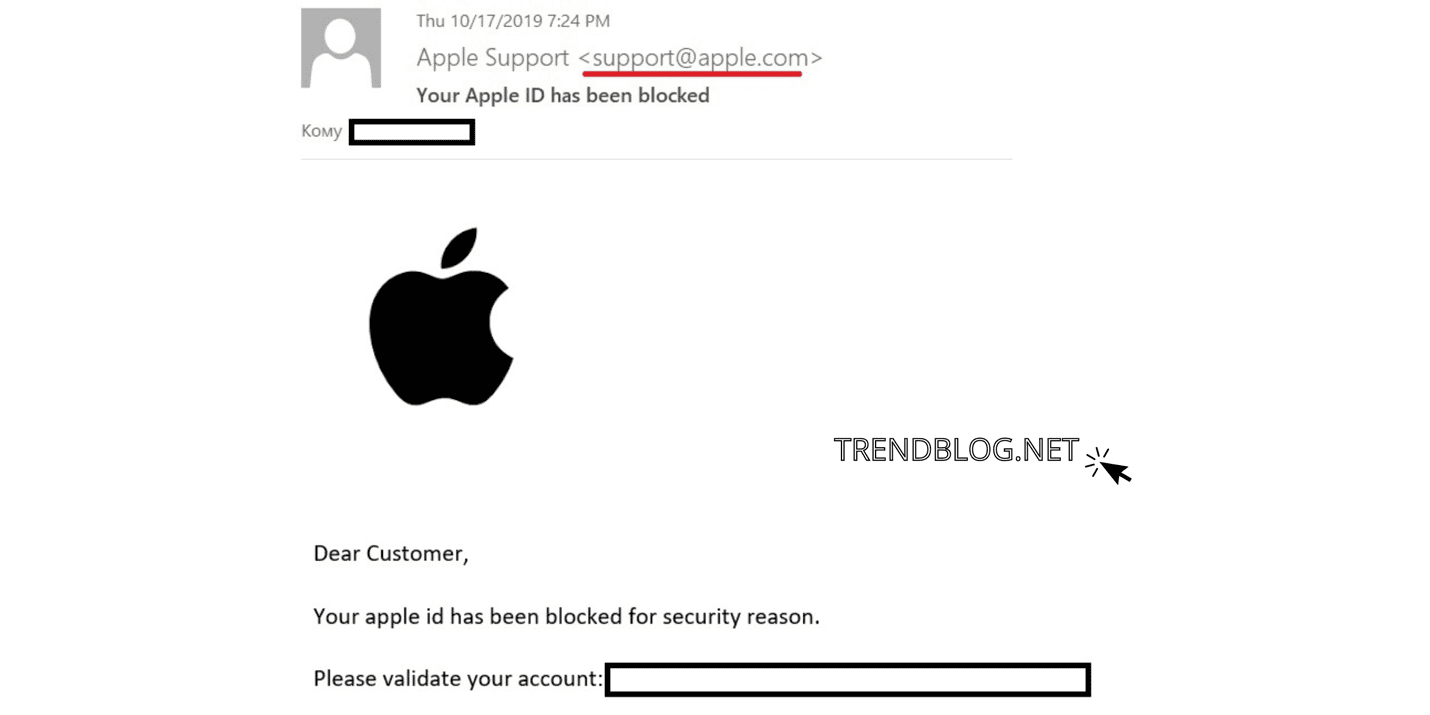 As a start, suspicious elements like the title block, recipient address, and attachment point to the message being a hoax. The title tag must be devoid of typos and weird syntax if it was from Jake’s Warehouse. JakeWarehouse.com or any version of that name would be used be used instead of blackoardinja.com as the recipient email address, and Jake’s Warehouse offices would be used instead of a Vegas location inside the bottom.

There is also an unclear call to arms in the sender’s body text: so what was the “Rewards Program” and also what one must be doing to receive that a so “reward”? There isn’t much information to indicate in which the link points unless the receiver is anticipating it. It’s not uncommon for spam scams to look like this.

To sum it up, the reality that Google classified this message as trash does not immediately rule out the possibility that it was an elaborate hoax. Purchase notifications and shipment notifications often wind up inside the spam bin because spam detection are excessive. Email filters, on the other hand, are designed to keep unsuspecting receivers out of harm’s way.

Check out our article “How To Unsubscribe From Unwanted Email Newsletters“

Mail faking methods are improving all the time, but these are a couple things you can do to protect yourself against a catastrophic assault. The DMARC standard is one of them, as are regular employee trainings and a unified corporate identity. 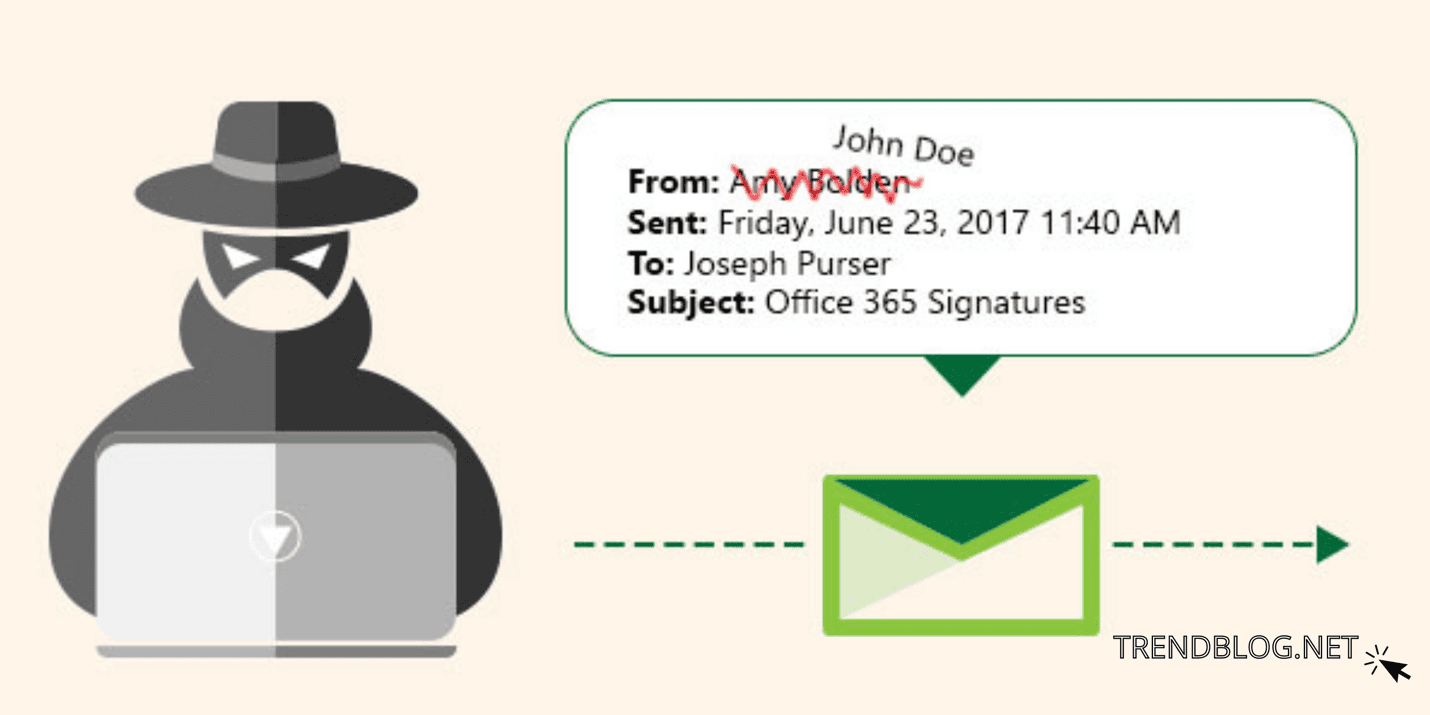 DMARC protocols are among the best powerful anti-email faking protections available today. Authentication methods such as Subscriber Regulatory Framework and Domains Credentials Identification Email are enabled by this customizable rule email security mechanism. As a result, DMARC can prevent your company’s domains from becoming abused. Additionally, settings are configured to identify forgeries of the recipient identification, ensuring that emails are coming from the correct source.

Employee training is an important part of any security effort to prevent assaults from getting past the technological barriers. Annually, set aside some time to educate your personnel the differences between a valid email and one that is faked. After that, do follow-up checks to discover whether anybody else has been compromised by a spam email. So, when a counterfeit email eventually arrives in your mailbox, your staff will have the knowledge they need to respond effectively.

Marketing of the business

Email spoofing may also have an effect on your clients. The more your email campaigns reflect the real you, the more difficult it will be for someone to pass them off as your firm. It’s important that your inbox marketing matches the look and design of the website, fb page, and publications. Users will be able to tell a genuine message from a faked one whether it’s from your organisation if it seems familiar.

I am Happy Hogan, content writer. I have been writing for the last two years and love it! My work is characterized by a concise style that avoids unnecessary words or phrases. My articles are well researched with extensive use of facts, statistics and quotes from experts in the field to back up my arguments. I believe in using plain language which is easy to read and understand.
Prev Post