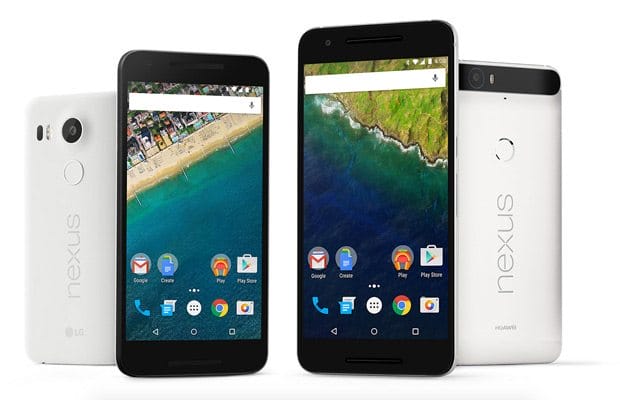 The first wave of reviews of several blogs is out and the first people reported that their Nexus 6P or 5X are shipped on on their way. Meanwhile, all Nexus fans not living in the US, Canada, UK or Japan are still waiting, riding the hype train and hoping that the torture soon finds an end. Since my current base is Berlin, I am one of those unlucky ducks.

Google decision to first release the new Nexus generation in four countries came as a negative surprise to a lot of Android fans that were not able to immediately pre-order their new Nexus. However, this decision was probably the reason why the whole pre-order process went incredibly well without any site breakdowns and frustrated people that couldn’t complete their order.

Nevertheless, a flawless pre-order in a few countries didn’t change the situation that many people had no information about release dates in their countries. Although there’s no official statement from Google about those dates except the words “in the coming weeks”, some sources claim to have gotten more precise information about the release of the 6P and 5X in a couple countries. On top of that, some online retailers already added time periods in which customers can expect their Nexus to be shipped.

Below, I summarized the unofficial availabilities of the Nexus 6P and 5X in Europe:

UPDATE 1st Nov: I updated some changed dates and added more sources below in blue.

According to the German magazine Computer Bild, the Nexus devices start selling on the 9th of November. It also mentions that the promotion of the devices starts on the second. This could mean that pre-orders also start on that date.

Update: In a discussion on the German forum Android-Hilfe, people shared several sources stating more or less the same as above. One user claims, that he got enough hints in a call with a Google Play Store support rep that would confirm that pre-orders start on the 2nd of Nov.

Netherlands: 9th of Nov / pre-orders on 2nd of Nov

Coolblue – one of the major online stores in the Netherlands – has had Nexus product pages for a few days already mentioning that it expects to ship the first devices between the 26th and 30th of October.

Update: Just like in Switzerland, no Nexus 5Xs or 6Ps were shipped in October. I couldn’t find any sources with more information but many Dutch people assume that the Netherlands will follow the same process as Germany with pre-orders starting on the 2nd and an availability in stores from the 9th on.

PCtipp, as well as several other Swiss sites, reported that the Nexus devices will be available in Switzerland on the 26th of October. That’s the first non-launch country to have such an early specific date. Good for you, Swiss people!

Update: Well, nothing happened on the 26th in Switzerland. PCtipp and other swiss sites expected the Nexus devices to hit the stores on this date, but, unfortunately, this wasn’t the case. According to newest information from Huawei, the phones will be available to buy on the 16th of November. Only thing we can do is wait and see if this is true. Fingers crossed!

Norway: 9th of November (6P possibly later on the 16th)

Update: Good news for Norway! Both the Nexus 6P and the 5X can be pre-ordered at Elkjøp and Lefdal. Elkjøp’s product pages state the 9th of Nov as a release date for both devices. They also plan to ship the devices a few days ahead of that date. So you can assume that your Nexus will be delivered already on the 9th. Lefdal has different dates on their site. Their 5X product page shows the 9th of Nov as a release date and the 16th on their 6P product page.

This later date for the 6P doesn’t necessarily mean that Elkjøp’s 6P release date is too optimistic. Let’s just say, you might want to pre-order at Elkjøp if you want to get the Nexus 6P. Or you assume that Norway follows the same Google pre-order process as Germany and wait until the 2nd to pre-order your device directly from Google.

Update: Thanks to the comments of our Finish readers (kudos to Joonas), we know that, according to a Finish operator, the Nexus 5X will probably start shipping on the 9th of Nov. If you want to get the 6P, I’m afraid you need to be more patient and wait until the 23rd of Nov.

A few Danes reported that the Danish carrier “Call Me” told them that they can expect their Nexus 6P in week 46 (9th – 15th). Besides that, the Danish online shop Proshop expects to have the 6P in stock on the 11th and the 5X on the 10th of November.

Sorry Portugal, I didn’t find a specific date for you guys. There are sites that report a release in the beginning of November and then there’s a tweet from Huawei saying that the Nexus devices come to Portugal somewhere in the middle of November. The tweet says “Hello @ FLaKas_7. We will not have pre-sales of the Nexus 6P. But the launch in Portugal is scheduled for mid November. Stay tuned. Thank you”.

Huawei posted on their Swedish Facebook page that the Nexus 6P will be available on the 18th. Although there’s no news about the 5X, you can expect it to be released around the same date.

With no specific dates for the other European countries in which the Nexus devices will eventually launch, we can only make assumptions. Looking at the countries above, we can expect that other countries will follow the trend and see the Nexus 6P and 5X at some point in November.

If you know more about the release dates in Europe, please let us know in the comments! We’ll try to update this article as soon as we know more.