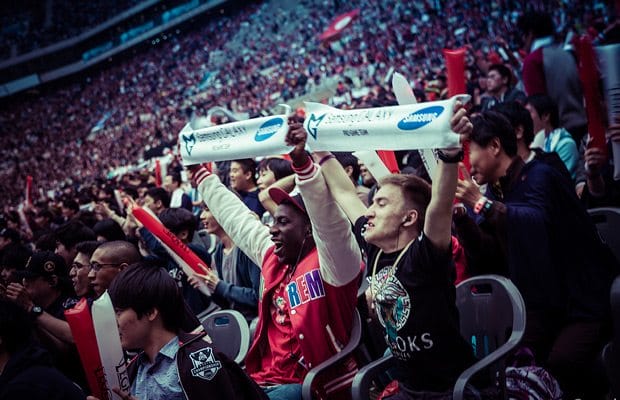 Home
Gaming
Ever heard about eSports? A look from a gamer’s perspective

This article is a guest post by Tilo Franke. The author’s views are completely his own. They may or may not reflect trendblog’s point of view.

2014 saw more than $5 million in prize money for the winning team at Dota 2’s The International 4 tournament; more than 11 million concurrent viewers tuned into League of Legends’ world championships. With video games both growing in popularity and gaining public acceptance, these are just two milestones along the path to an increasing digitalization of entertainment – even in the world of (quasi) sports.

Even in 2015, eSports means different things to different people; some broadly characterize it as ‘competitive gaming’, while others dedicate entire papers to find a more sophisticated definition. Up until last year, nobody had thought to ask the main players – the gamers – what their views were and what they thought about all of the fuss. In the context of a masters’ dissertation at Bournemouth University, over 5,000 gamers from different communities were questioned about eSports. Below are some of the results to help shed light on the fantastic industry that eSports today.

Most gamers still do not see eSports as accepted by the public or the mainstream, despite the staggering numbers being put forth by the industry’s front runners. This could partially be chalked up to the fact that, if someone is not actively following the ‘popular’ eSports discipline, they might not be aware of its particular success. The gross of gamers does believe however that the increasing popularity and media coverage of eSports will positively influence the media’s treatment of gaming as a whole; some, of course, expressed concerns about the integrity of the eSports culture if the phenomenon keeps growing at its current rate.

Traditional media still has not caught on to eSports yet

While the largest part of gamers in this study watch eSports on a regular basis, only a small part of them has actually done so on traditional media like television, even though many said they would like to. This is not really all that surprising, given the fact that traditional media just has not quite caught on to eSports yet and that most content is available online at no cost. ESPN in the United States and einsplus in Germany are among the first broadcasters to feature segments or full shows on eSports – outside of South Korea of course.

The overwhelming majority of gamers said they would love to go to a live eSports event, while a smaller group has already put a checkmark next to that item. For many, a live event (such as GamesCom) is much more of a draw if there is live competition to be had. A good portion of the gamers even hold that there should be an Olympic-styled event for eSports; these consumption habits – and desires – surely put a spotlight on its success as spectator sport; when compared to traditional sports, most gamers in this study found eSports to be more exciting, more engaging and more interesting to watch.

According to SuperData, the average viewing time for eSports is well over 2 hours, a benchmark that other media mostly dream of. What’s more, the gamers in this study largely expressed no qualms with digital advertising in their streams, be it commercial breaks or banner overlays and it does not have to end there: eSports players – or athletes – are largely seen as celebrities of sorts and best practices for endorsement and sponsorship could be transferred from the world of traditional sports; and again, South Korea shows us how it’s done.

The full dissertation project has been approved, graded and confirmed and will be published in this year’s eSports Yearbook.

Tilo is a Marketeer with international experience and a deep appreciation for slightly unconventional brands that take the extra step to create awesomeness. As a perennial gamer, he keeps a keen eye on the developments in the gaming sphere. In his free time, he loves to travel, having been to five continents already (still counting!). You can find him on LinkedIn and Twitter.