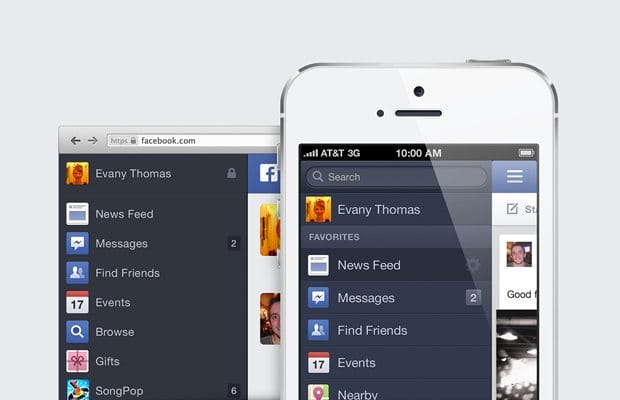 Just a few hours ago Facebook annouced the new News Feed during a press conference in the Facebook headquarters.

The new feature offers you a great and simple view of the most relevant and interesting stories shared by your friends and family.

The average Facebook News Feed consists mostly of images. Facebook decided to implement a new design which includes a visual optimized view of these pictures by making them more appealing and prominent.

Facebook designers took the simple mobile design and have implemented it into the desktop version of Facebook. With the new mobile-like navigation, you can easily navigate through your profile, messages, events, pages and such. 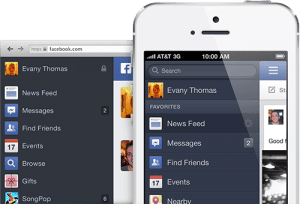 The new feature “Choice of Feeds” allows you to have more control over the feeds you see on your page. You can, for example, choose to see only events your friends have been to or photos, which were shared by your favorite musician.

There is one thing though which was not covered in the announcement – advertising. How will the new design affect image ads?

As you can see from the above-mentioned features, Facebook is putting a lot of emphasis on visual content, such as photos and videos. All visuals are now more prominent and take up more screen space than before.

This new design will possibly mean that image-based ads and promoted posts will now take up more screen space, which will lead to increased CTRs (click-though rates), hence more clicks on ads.

What Does It Mean For Online Marketers

In the past, Facebook had some troubles with its advertising system, making it less appealing for advertisers. But now, with the rollout of the new design, we can expect increased customer engagement, making Facebook advertising more effective.

The new design will be starting to roll-out today and should be available to everybody by the end of next week. If you want to be one of the first people to see the new design, join the waiting list.

Online marketers have to make sure to watch their stats closely in this period. A higher CTR leads to more clicks, which means that your daily budget will be spent much faster if you are not rotating your ads evenly.

So, make sure to keep an eye on your Facebook advertising spend.

What do you think about the new Facebook design? How will you be affected by it? Share your thoughts in the comments!