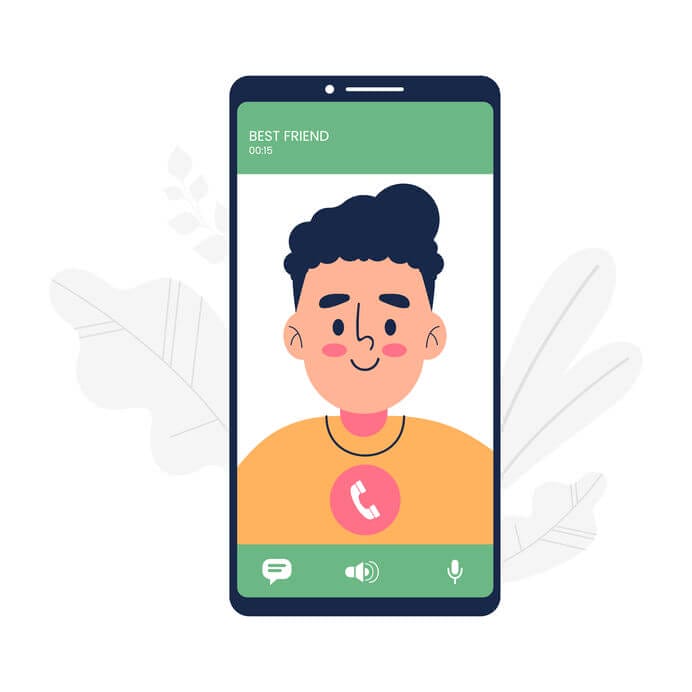 FaceTime is an app made for video calls. Since the official owner and the developer of the app is Apple Inc. it’s logical that the app will work only on iOS-based devices that have a forward-facing camera. Therefore, you can use it on your iPhone, Mac, iPad, but not on an Android device. Even the calls between iPhone and Android are not possible via the FaceTime app. There is a FaceTime audio app as well, made for audio calls. However, this app will work only on iOS 7 and newer versions.

The first appearance of the FaceTime beta version was in 2010. Ever since the app gained many users.

Now, the question is, if you are an Android user, like myself, what is your option? What is the alternative to make video calls the same way iOS users can do?

Here, I only listed a couple of them, so you can choose the app you like the most.

How to FaceTime on Android?

As mentioned, there is no possibility for Android users to use the FaceTime app. However, several alternatives work as well as FaceTime itself. Let’s go briefly through a list and check all the pros and cons of FaceTime alternatives.

One of the options for video calls between Android users is Google’s app Google Duo. Google Duo is strictly devoted to video calls, works well on Android devices, as well as iPhone and Windows. The app is free of charge. However, it lacks all the other options besides video calls.

It supports group calls between 8 people at once and works while using WiFi and mobile data.

Another app created by Google is Google Hangouts. Unlike Google Duo, this app has a little bit more options – group calls, voice calls, texting, video calls. The difference is in the video quality which is a little bit lower when using Google Hangouts. The app supports video calls for up to 10 participants (25 for Business users). It’s free of charge and available on iOS and Windows devices as well.

Something that every Facebook user has on their Android device. Facebook Messenger was created for message exchange via Facebook, however, it developed a video call option as well. If you want to video chat with someone who is your Facebook friend, the Facebook Messenger app is one way to do it. However, due to server overload, Facebook Messenger has lags from time to time, which is why it’s not the best option if you are interested in video calls only.

Here is the app that supports up to 100 participants in the group chat up to 24h straight. This means that you can have business meetings, family gatherings, or simply friends meeting using JioMeet, and have all the people you want to see present. The app supports secured chats that require a password to join and includes Driving mode. Thankfully, it’s free of charge and a good FaceTime alternative.

For as long as I can remember, Skype was the favorite video call option. The app offers voice and video calls, messaging, file sharing, and much more. It’s supported on almost every device you might be using. Up to 50 people can join Skype video calls at one time. However, not all of the Skype calls are free of charge, which is a disadvantage of this application.

Ever since Elon Musk tweeted about the Signal app, it’s counting millions of new users. The app supports video and voice calls, messages, and file sharing. The app is free of charge and secure. The app became very famous since it pays big attention to the privacy of your chats. However, the app design is a bit boring, so if you’re looking for something a little bit more exciting, you might want to look further.

One of the weirdest looking apps, so if you’re looking for more excitement, this is the app for you. The most popular app between Millenials turned out to be an amazing FaceTime alternative. The app supports video calls, chats, and voice calls. Up to 16 participants can be in the same video chat at once. The app is free of charge. The most popular feature of the app itself is self-destructive chats. If you want to send something private, Snapchat will allow you to do so.

During the global pandemic of Covid-19, an entire generation of so-called “Zoomers” was born. The Zoom was one of the most used apps that saved many jobs allowing people to work remotely and still be in touch. It’s not exactly a FaceTime alternative, since it’s made for business users in the first place, but it’s a decent video chat platform. There is no need for using Zoom if you want to have one on one chat, but for group chats, this is definitely a solution! On the bad side, you cannot expect to be amazed by the video chat quality.

Created as a messenger, the app evolved to be a great solution for video chats and file exchange. The bad side of this app is that allows only app-to-app video calls, meaning that the other side needs to have WhatsApp as well. Also, the number of video call participants is limited to four. The chats are encrypted, which is a good side for your privacy. The app can be downloaded free of charge and most devices support it.

Last but not least option I’d like to mention is Viber. The messenger app was created before WhatsApp, but with the same purpose. Depending on the place you live in, you might prefer one or another. However, Viber evolved into a video chat app, featuring the possibility to send files, images, and many other things. The app has over 600 million users currently, which says something about its quality. It’s free of charge unless you want to make in-app purchases.

Can you FaceTime on Android if you are chatting with an iPhone user?

Once again, the answer is no. The FaceTime app is designed to be used only on the iOS system. Meaning that even though one side has an iPhone or any other iOS-based device, the connection cannot be established from the Android user’s side. Many of the alternatives listed above are supported on both iOS and Android devices, and you can use those instead. If you have any other recommendations for the FaceTime alternative on Android devices, I would love to hear about it. You can leave a comment in the section below!