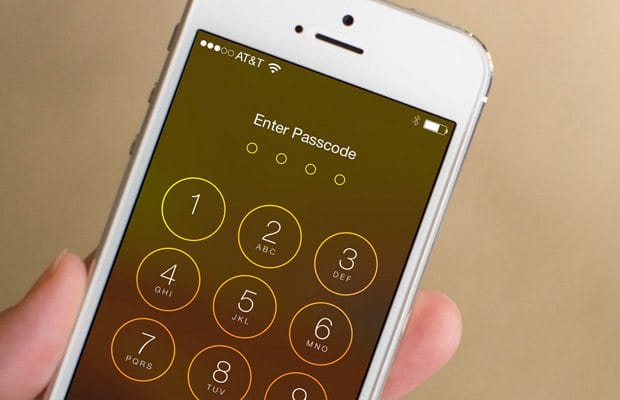 In the wake of numerous fairly recent revelations about the major technology companies that guard our most important personal data and their cooperation with the government, data security has been tightened up in the tech world.

A large number of recent data breaches such as the recent spate of pilfered celebrity nude photos also did their part to make our friendly tech companies even more leery of looking weak on data security.

This is where the latest updates to the iOS operating system on the iPhone 6 and the next version of Google’s Android come into the picture.

FBI: Apple and Google are making their phones TOO secure

In case you haven’t yet heard, FBI director James B. Comey has gone on record this past Thursday in his criticisms of both Apple and Google for making their phones TOO secure. So secure in fact, that not even the FBI itself can breach them even if it has a search warrant to do so.

The FBI director’s opinion is one that a lot of law enforcement officials have also echoed and it’s aimed at the new default encryption procedures both companies have placed in their latest operating systems.

Apple, for its part, has made iOS 8 so thoroughly encrypted that the company itself can’t unlock either iPhones or iPads for police or anyone else unless they have the user’s passkey.

Google is mirroring the same procedure by making the latest (not yet available) version of Android encrypt all user data by default instead of having the encryption as an available option. Just like with Apple’s data protection update for iOS 8, the new version of Android will also be uncrackable without access to the user’s passkey, even by Google itself it seems.

According to Google itself, three years of Android updates have offered encryption as an option in which the passkeys were stored only in a user’s phone. Now, the next Android release will have the crypto protection enabled right out of the box so owners don’t even have to think about activating it.

Neither company has made any public declarations about Comey’s criticisms. However, Apple has at least gone on record stating that the new iOS encryption isn’t specifically designed to block the work of law enforcement officials. The company says that it just wants to ensure truly powerful security for its customers across the board against all types of potential intruder.

The new security measures in both phones completely close the devices internal memories behind a wall of strong crypto and make accessing personal data, call logs, instant messages and all sorts of meta data such as location records impossible to extract unless the passkey that the customer created is used. The encryption itself is, at least according to both Google and Apple, unbreakable via backdoor means even to the companies themselves.

The problem, from the law enforcement point of view, is that these very pieces of data that the new cryptographic barriers close off are what cops of all kinds most need to see if they want to access a phone they have reason to believe was used by criminal suspects.

The location records inside many Android or Apple smartphones alone can be useful as mechanisms for exactly pinpointing if a given suspect was at a specific location where a crime had occurred. And on top of this, many criminals even go as far as to take selfies of themselves at the scene of their crimes –photos that will also be protected by Google’s and Apple’s new measures.

The reasoning behind the default encryption standards from both companies could be, as Apple says, designed for the betterment of overall security from any intruder at all but there is a lot of speculation floating around that these new measures are obvious public relations gambits designed to restore trust in Google and Apple after serious revelations of NSA spying of civilian targets in broad sweeps.

Law enforcement defenders, however, state that while the outrage at mass surveillance is justified, the encryption that Apple and Google are implementing hinders the very most important kind of intelligence gathering, that done by regular police detectives who are investigating legitimate suspects with warrants and probable cause.

HTC Nexus 9 isn’t too far away

Cable vs. Netflix: Is Streaming the Way of the Future?

Thank you Apple and Google for protecting my personal information. I’ll be damned that any company I put my trust into stabs me in the back guilty or not.

The author of this piece is an idiot. Please post all of your personal financial details and passwords and here if you do not mind having them made public.