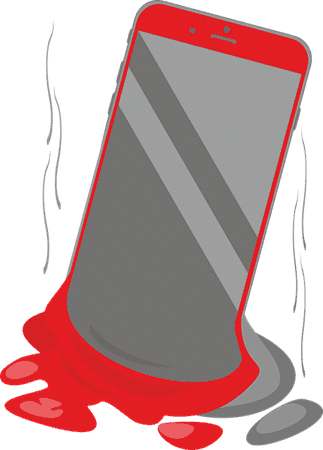 Samsung went through a public relations disaster last year when their Galaxy Note phones started exploding everywhere. But Apple has been extremely lucky in that iOS devices are rarely, if ever, known to explode. But as with any device that has electricity flowing through it, anything is possible. Especially if you have a hot iPhone for some reason, and you have absolutely no idea how to cool it down.

Today we are going to investigate how to stop your iOS device from “doing a Samsung”.

Your Checklist For Reducing the Temperature Of a Hot iPhone

Since you don’t want your nice new shiny iOS device going into meltdown, let’s take a look at some different things you can do to turn the heat down.

Take The Phone Off The Charger 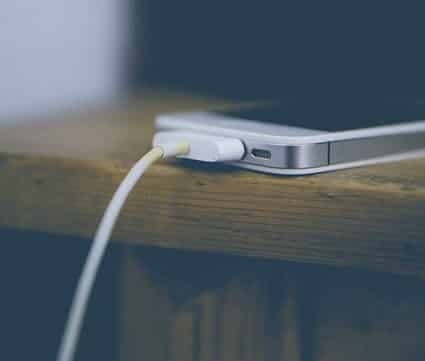 This seems obvious doesn’t it? But even I am guilty of plugging the iPhone into the charger in the morning, forgetting all about it, and by mid-afternoon, the phone is burning up like someone with typhoid fever. So if you have the phone on charge for a few hours, disconnect it for a while to let the phone (and the charger) cool down.

If you use any third-party chargers, then you really run the risk of your phone over-heating and exploding. There was a well-publicised case in China a few years back when an iPhone user was charging her phone with an “unofficial” charger. The phone overheated and blew up in her face. Although you might think Apple is only pushing their chargers on you to gouge you for more money, you might want to consider the Apple charger a good investment nonetheless. Unless second-degree burns is something on your bucket list.

Remove Any Sources Of Heat In The Area 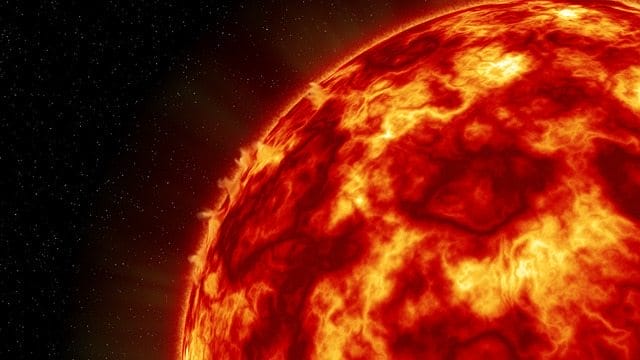 Again, another obvious one, but people do have a bad habit of overlooking the plainly obvious.

If it is going to be a warm summer day with temperatures of say over 35 degrees celsius (95 degrees fahrenheit), then put your phone in a bag, and cover it over to shield it from the sun. Don’t leave your phone in a hot car. If you are in a warm environment, such as a kitchen with the oven on, a sauna (yes I have seen people in the sauna with their iPhone), then get the phone out of there and into a cooler spot.

Put on an electric cooling fan and let the cold draught do its work. It would probably be a good idea to switch the phone off while doing this too. But on the other extreme, do NOT put your phone in the fridge or freezer. That is going to make the phone too cold, which brings with it its own set of problems.

Sometimes when your phone is running hot, it can be an app or a feature on the phone which is causing the device to over-heat. This can be anything from Bluetooth to Location Services to your WiFi connection. All three things put strain on your phone, and should be temporarily disabled if you feel your phone getting hot.

Or if you play a lot of games on your phone, stop playing the games for a while. If the game is graphics-intensive and runs your battery down fast, it is likely the cause of any heat you may be feeling. Either stop playing the game for a bit or consider uninstalling the game completely. Same goes for Maps apps which gives you turn-by-turn directions. That puts a lot of strain on the phone and therefore heat can ensue. If you don’t need to use the Maps app right now, switch it off.

To switch apps off completely, double-click the Home button and when you see the apps in the multitasking switcher, swipe each one upwards to close it down. 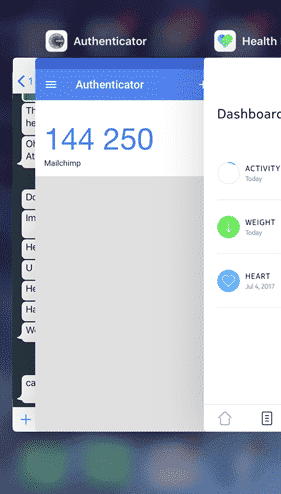 Last of all, you may have an app, which is corrupt or which has a really serious bug. This is where you would check your iPhone diagnostics to see which apps are crashing or which ones are using up the most battery power. If they appear frequently, delete them and then contact the developer on the App Store page to tell them they need to patch their app. 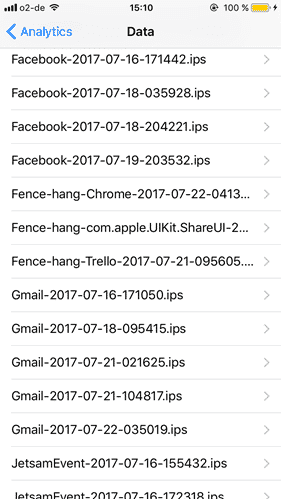 You can find the diagnostics section on iOS 11 by going to Privacy–>Analytics–>Analytics Data.

Check For Updates To Your Installed Apps 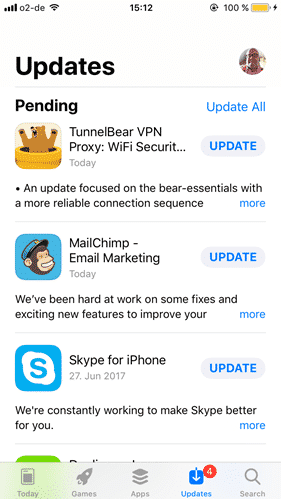 Is There a New iOS Version Available?

It’s very possible that there is a new version of the iOS operating system waiting to be installed on your phone. If the bug causing the heat in your phone is coming from the phone’s software, then an iOS update could straighten that out in a jiffy. Just be sure to back up your phone to iCloud before doing an update.

There are reports online that immediately after the installation of a system upgrade, your phone might get hot while it is re-indexing the data on your phone. Simply keep the phone in a cool area and eventually the process will be completed, and your phone will hopefully cool down. 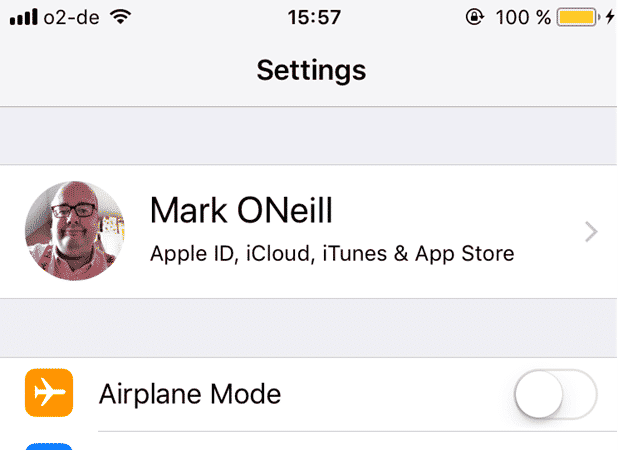 When your phone is on, it is doing a lot of things which runs down the battery. This includes connecting to WiFi towers, pinging your location on GPS, updating apps which use your location, checking email, etc. As you can imagine, over time, this may start to heat up the phone considerably if you have multiple processes running all at once.

By turning on Airplane Mode, these processes will be switched off, as well as switching off the Cellular Data and lowering the brightness of the screen. OK, you’ll get no phone calls while in Airplane Mode, but I’m sure you can cope for a while.

Turn The Hot iPhone Off

You may find that simply turning the phone off for a couple of hours will do the trick. But note I said “switch it off” and NOT “put it in sleep mode”. Some of you may not remember the last time you switched your phone off, and this may be the problem right there.

Long-press the Sleep/Wake button along with the Home button. Then slide the slider on the screen to the “Off” position.

It is possible that the material of your iPhone protective case may not be helping matters. A lot of cases are made of hardened rubber or plastic, which don’t exactly react well to intense heat.

If your phone is burning up like Satan’s telephone hotline, take the phone out of its case before switching it off. Otherwise the rubber or plastic cover may simply be aggravating the problem. 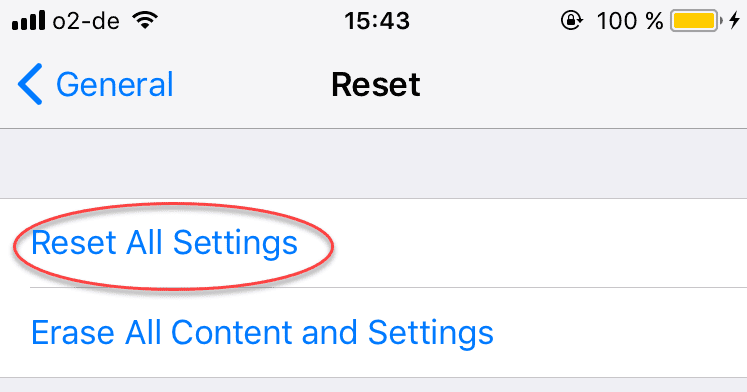 I have deliberately left these last two options for last, because they are the biggest pain in the butt. I’m sure you’ll agree that the other options are much more preferable and easier. So resetting the phone or restoring it should be your absolute last resort.

You should note that “resetting” is NOT the same as “restoring”. Restoring is completely wiping the phone back to factory settings. But resetting is merely removing all the changes you made in Settings and resetting them back to their default values. The files on the phone (music, documents, apps, etc) are left alone and are unaffected. Nevertheless, you should play it safe and still do an iCloud backup first.

Just go to your Settings, then General–>Reset–>Reset All Settings. Then follow the on-screen instructions. 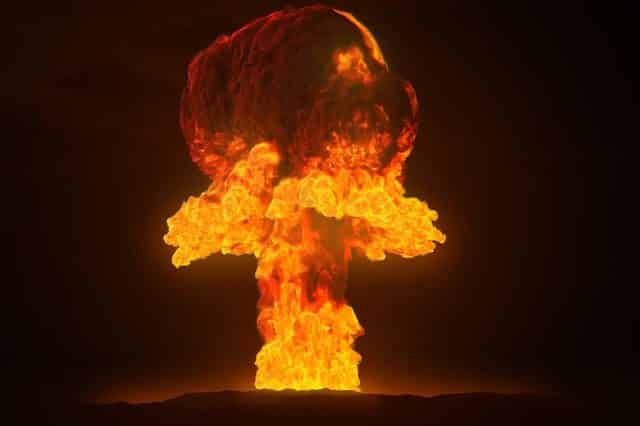 We recently covered this in another article, so I am not going to rehash it again. Suffice to say, this is the nuclear option, as it takes the longest to back everything up, then restore everything again. If you can avoid this option in any way, I’m sure you will want to.

If none of the above works, then you probably have a very serious problem with the phone. Therefore, your next stop should be an Apple store or an authorized Apple repair shop. There may be a serious malfunction with the electrics which will really results in an explosion and burns. It’s best not to take any chances in this scenario.