You are here: Home / Uncategorized / The Fiery Case of Galaxy Note7: A Detailed Timeline of Events

Samsung Galaxy Note7 started off on an excellent note. Many media houses swore by its performance. It earned the highest score and rose to the level of “Best Flagship” ever made. But, time changes and the stats can go awry. Samsung’s victorious flagship turned into a nightmare overnight. In this article, we will tell you the story of the Note7 and how the premium flagship is no longer under production. Yes, Samsung has abandoned its most ambitious smartphone due to a series of unfortunate events. Here is a complete timeline of events that made Galaxy Note7 a lesson to remember for Samsung.

Samsung unleashed its flagship – the Galaxy Note 7 at its Unpacked event. The device attracted media attention as Samsung skipped the Note 6 and chose to keep the name as Note 7. The design of the Note7 was in line with Samsung Galaxy S7 lineup, but the Note7 came with better performance and specifications. Reviewers all around the world went gaga over the Note7’s performance. Many publications gave it a rating of 9.6 on 10.

Samsung makes the device available for the buyers in North America. In Samsung’s homeland, the Note7 broke all records and got pre-orders for more than 200,000 units within two days. With a series of overwhelming reviews flowing in, buyers took their words and deemed Note7 to be the flagship they deserve. Things were going great for Samsung. 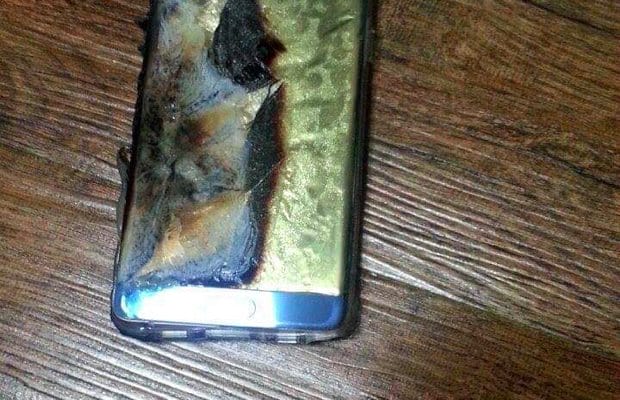 Stories of exploding Note 7 units start to spread. Within a very less period, Samsung starts getting 92 reports of overheating issues in the battery. In the U.S alone there were 26 reports of burns and 55 allegations of physical damage. One of the reports cited the complaint of man from Florida whose SUV caught fire due to the explosion of Note7 unit while on charging inside the car.

Following these reports of explosions in the US, Airlines such as American Airline, Delta Airlines, and United Airlines issued a warning for the passengers carrying the Note7. In India, Aviation Ministry issued alerts for the Note7 users. Passengers were told to keep their Note7 switched off for the entire duration of the flight.

Shaken by the entire fiasco, Samsung accepts the flaw in the Note7 and issues a recall scheme for the buyers. The company starts offering free replacement or money back for the Note7 buyers. On investigating the issue, the company finds out the flaw in the battery and ensures that the replacement units aka “Safe Units” would come cured of all the issues. However, things just started to get worse for Samsung, ahead.

A dedicated thread on Reddit features a series of hilarious comments:

One of the commenters wrote,”Could they just rebrand it a bit next year you think? Galaxy Slate or Galaxy totally not the Fiery Note.”

Another one takes a dig and writes,”Seems like a plot of a horror film.A child that was aborted by its parents is now taking revenge against them by cursing the child they didn’t abort.”

Safe units of the Note 7 hit the stores in the US. Buyers begin flocking to collect their replacement units. These units were marked with a green battery icon to ensure that its the secure unit. After two days, Samsung announces that the 50 percent of the Note7 have been replaced in the US. On October 5, things went downhill when a replacement unit caught fire on a SouthWest flight.

Saving face on the issue with the replacement unit, Samsung said,“Until we can retrieve the device, we cannot confirm that this incident involves the new Note7.”

On October 7, even after the reported incident about dangerous replacement unit – Carriers such as AT&T, Verizon, T-Mobile stood by Samsung. They started offering replacement units at their physical stores.

On October 8, the count of reported incidents for replacement unit began to rise by half a dozen. Commenting on the worsening condition of the Note7, Samsung issues a statement saying,“Samsung understands the concern our carriers and consumers must be feeling after recent reports have raised questions about our newly released replacement Note7 devices. We continue to move quickly to investigate the reported case to determine the cause and will share findings as soon as possible.”

Taking a cue from the faulty replacements units, Carriers halt the sale of the Note7 at their stores. On October 10, Samsung asks its official sales partners to stop selling the Note7.

On October 11, Samsung officially shuts down the exchange and sale of the Note 7. The company abandons the flagship and prevents the production for the safety of users. Within two months of its launch, Samsung’s most ambitious flagship exits the market leaving the company with a tarnished image.

Samsung is now focusing on leaving the past in the past. The company is most probably working on its next flagship with a greater agenda. We hope that the next flagship by Samsung steers clear of all the issues found in the Note7.