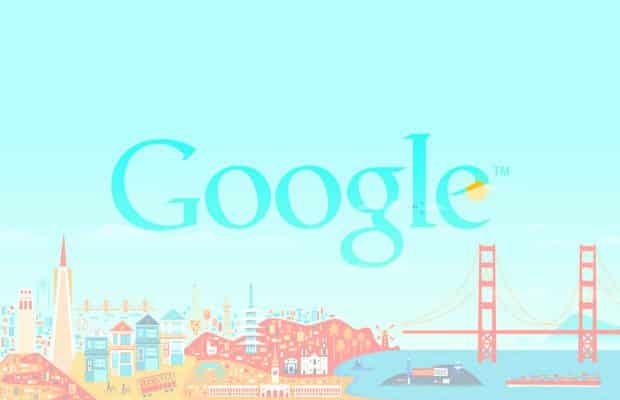 A few minutes ago, Google presented the new Nexus 7, Android 4.3 as well as an unexpected gadget called Chromecast during its “Breakfast with Sundar Pinchai” event. Android 4.3 will be rolling out starting today for the Nexus 4, Nexus 7, Nexus 10 and Samsung Galaxy Nexus. The new Nexus 7 will be available in stores on July 30th. You can get Google Chromecast as of today.

We’ve created an infographic with the most relevant information from Google’s event.

Feel free the share it using the following code:

Android 4.3 brings a few new features to Google’s mobile operating system, with the majority being rather relevant for programmers than consumers. The new features include:

Android 4.3 will be rolling out starting today for all Google Nexus devices.

About one year after its initial release, the new Nexus 7 is a decent refresh of Google’s successful 7″ tablet. 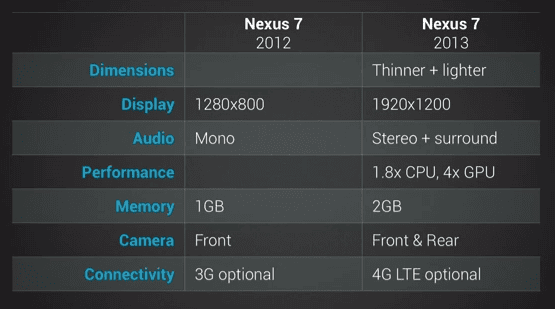 As already announced during the Google I/O earlier this year, a new app called Google Play Games will be available on Google Play as of today. It displays your and your friends games on a single screen and the possibility to compare game progress and achievements.

Google also announced Google Play Textbooks, a book store for education specific literature. Books will be available for purchase and rent for a up to 80% discount later this year.

We were quite surprised when Google introduced a new gadget called Chromecast. Chromecast offers the possibilty to connect a small dongle to your TV via HDMI. Doing this, you are able to stream videos, music as well as browser windows to your TV using a smartphone, tablet or computer.

Chromecast does not directly mirror content like AirPlay, but “transforms” your mobile device or laptop into a streaming device and remote. Unlike the Nexus Q, streaming also works with a sleeping device. Several besides Google services like YouTube and Google Music currently work with Chromecast, including Netflix and Pandora. A developer SDK will be released today. 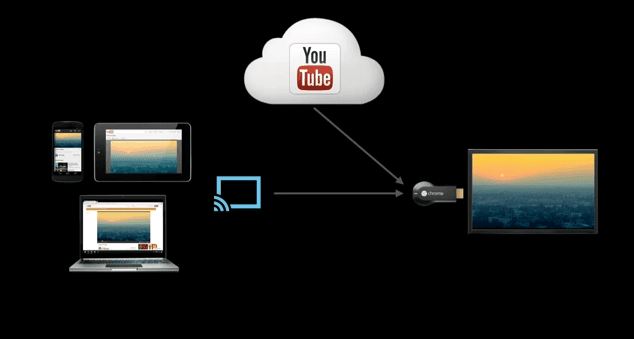 Chromecast will work on Android and iOS devices as well as Windows 7 (or higher), Mac OS 10.6 (or higher) and Chrome OS. The device is available for $35.

More information are available on the Google Chromecast website.

It will be interesting to see how Google handles its latest product launch. We all remember the disastrous launch of the Nexus 4 in November, so let’s keep the fingers crossed that everything will go smooth now. Selling the new Nexus 7 and Chromecast in selected retailers will hopefully avoid any huge issues.