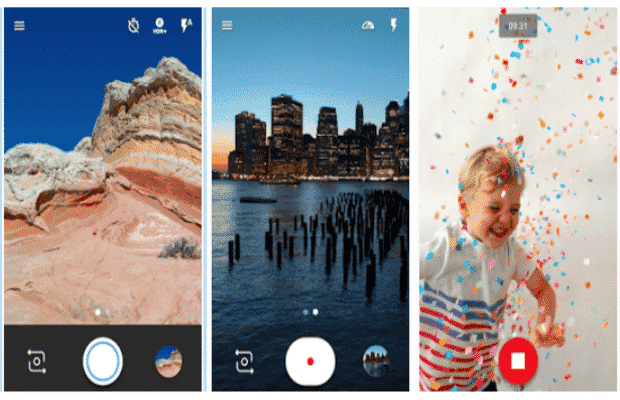 Android N is still under works and it will take a couple of months for the update to officially become available on Android-powered devices. Needless to say, it will be a long process for it to reach every device. But select Nexus devices can get a taste of Android N’s camera app right now, yay! Google camera app for Nexus has got an update, which takes the app to the version available for Android N Developer Preview 2.

The update brings a variety of new features onboard. These features are – UI enhancements and new buttons for shutter, front/rear camera switch. It also comes with a functionality to capture photos while shooting a video. Another tweak in the UI has shifted the slow motion mode to the menu, earlier it was available in the video mode as a separate button.

Like any other app update, this one will also be rolled out in a phase-wise manner for the Nexus users (for Nexus 5, 6, 9, 5X, and 6P). So it might take some time for it to reach your Nexus device.

We would like to point out that even though Google’s camera app is not the best one available for Android, but it is fairly usable with a good UI. With this latest update, we expect the app to improve its functionality and the interface. For the Nexus users, it is definitely an advantage. Here is a link to the Google Play Store for the app.