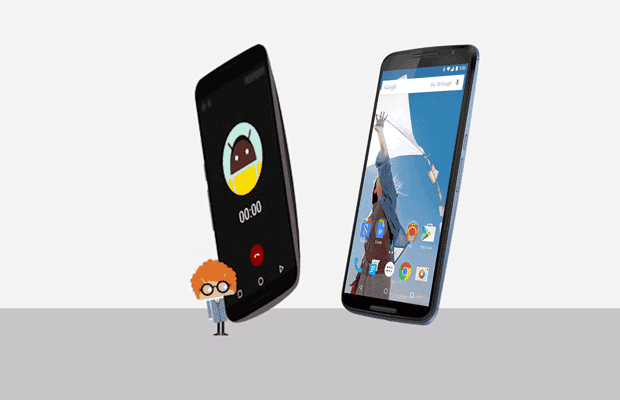 Today has been a great day for all Android fans. Earlier today, Google published three new Android ads on YouTube. The timing of these ads is most likely related to the rumored release of the Nexus 6 and the Nexus 9 later this month.

The ads alone didn’t mean a lot… until an image of the new Nexus 6 was leaked on Twitter.

Leaked image of the new Nexus 6

One of the new Android advertisements features a little guy with a huge smartphone (starts at 0:19). From the video we can see that the phone has a slightly curved back, very similar to the recently leaked image of the Nexus 6. Since the naming of all Nexus devices corresponds with the screen size of the device, we can most certainly expect Google to release a new 5.9 inch smartphone very soon.

Take a look at the other two Android ads

(this one shows off Android Wear)

Google is known for hiding eastereggs in their ads and products. Based on what we’ve seen today, we can expect Google to show us a new 5.9 inch Nexus 6, Android L(ollipop) and most likely a new version of Android Wear very soon.