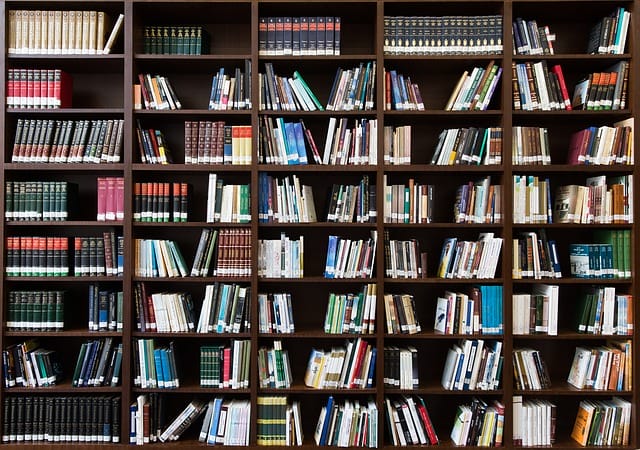 How To Access The Hidden Library Folder On Your MacOS

Just like the Windows operating system, the MacOS operating system has a hidden Library folder full of settings you shouldn’t really touch. Deleting some or all of these settings will at best force you to reinstall certain apps, and at worst, cause the whole system to collapse and require a complete reinstall.

Here is how to get there and not cause your Mac to collapse in a cloud of dust in the process.

What Is The Library Folder On MacOS?

The library folder is the area of your MacOS computer where app settings are stored. When you install a program, a folder is created in the Library for all of the essential settings. This can be anything from plugins, preference files and log files.

It’s hidden because basically some people are just plain clumsy and quite often don’t know what they are deleting. It’s only when it’s too late when they realise that something they just deleted should have been kept.

So you could say that Apple is protecting you against your own worst impulses!

How To Find The Hidden Library Folder On MacOS

There are two ways to get to the hidden Library folder if you are confident enough of not triggering a nuclear apocalypse. But the second way is only really feasible when you know where to look.

Go to Finder and drop down the “Go” menu. You’ll see that the Library folder is not listed. 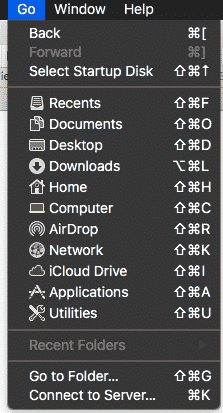 Click on the Library folder option to be taken straight to the folder.

The problem though with this method is that this is very temporary. As soon as you take your finger off the alt key, the Library folder will disappear again.

Once you know the path to the folder (by following the previous method), you can then use the path to go directly to the Library folder.

At the top of the Library folder, you will see the exact path (location) of the folder on your computer.

I have covered over my username in the screenshot, but the path is :

With that in mind, go back to Finder’s Go menu and at the bottom, you’ll see this option : 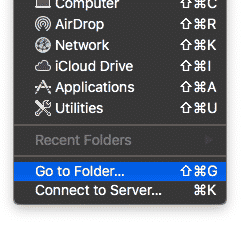 Choosing “Go to Folder” will bring up a box where you can type the path to the Library folder. Hitting the “enter” key will then take you straight there.

Even better, until you input the path to a different folder, the path to the Library will remain in the “Go to Folder” box.

When it is gone, dropping down the menu arrow on the right hand side will show you a list of previous folders you went to, and the Library one will be there too.

There used to be a way to keep the Library folder showing permanently. But as of High Sierra, the Terminal command no longer seems to work.

However, keeping the folder permanently visible isn’t a good idea since you might delete a system-critical file. Besides, as you have just seen, it is not difficult at all to go to the folder when you need it.