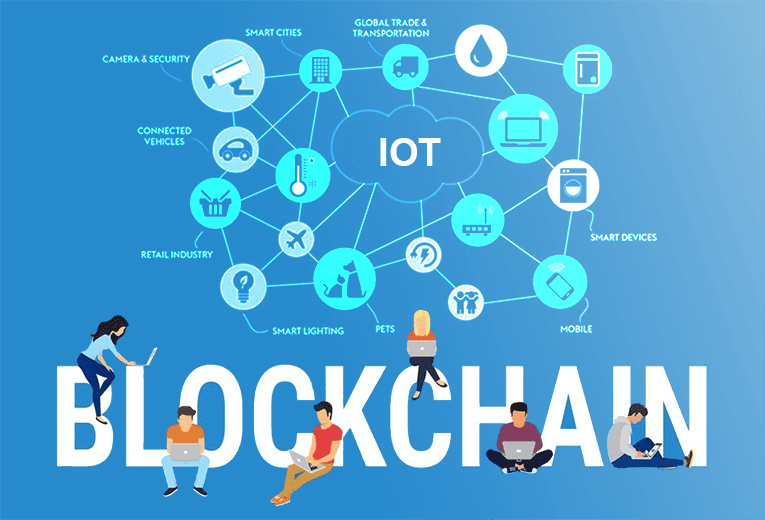 How Are IoT and Blockchain Related?

The Internet of Things transforms our lives, even if we haven’t noticed it yet. However, considerable advancements in the IoT area also bring challenges to data security. Cybercriminals and hackers constantly innovate new ways to compromise safe and private data.

While linked devices and IoT offer many advantages, they frequently lack the security and authentication features required to keep user data safe. To keep people, secure, you must improve IoT and linked device security.

Here comes blockchain after the Bitcoin Era. We hear a lot about blockchain and IoT as digital transformation technology. But what is the relation between both?

Scroll down to learn!

How do Blockchain and IoT work together?

Blockchain can monitor sensor data and prevent fraudsters from duplicating it with other dangerous data. IoT also allows for direct data sharing rather than through a third-party system. You may exchange and access IoT data with your partners without centralized control or administration. A third-party system allows for more significant data and information breaches, which a Blockchain almost eliminates.

What are the Benefits of IoT and Blockchain Together?

Blockchain as an IoT Solution

When two devices exchange property, like money or data, a time-stamped contractual handshake may be established in a safe and trustworthy manner using blockchain technology. Devices in the Internet of Things (IoT) will use smart contracts to facilitate message exchanges, which will serve as a model for the agreement between the two parties. This feature makes it possible for smart devices to operate without the intervention of a central authority. You may then extend peer-to-peer transactions from a single individual to a single product or platform to an entirely distributed digital infrastructure.

Blockchain and IOT In The Insurance World

Blockchain and the Internet of Things (IoT) are being utilized in insurance. They will continue expanding beyond the telematics paradigm and connecting real-time IoT data in numerous perspectives for various intelligent automated insurance policy applications.

Blockchain and IoT- A Brighter Future

Since the Internet of Things (IoT) cannot stand alone, it is essential to consider what it can enable across diverse use cases and sectors and any accompanying technologies required to make IoT function. What happens when you add to this the increasing convergence of technology, data, and business on a global scale?

Pharmaceutical, energy, natural resource, utility, and transportation firms have the greatest acceptance of blockchain among IoT implementers. A mix of blockchain and IoT technology can help these businesses connect the real and digital worlds, especially in companies that rely on the transfer of tangible commodities.

How will IoT and Blockchain interact in the future? Is there a considerable strategy to help safeguard our IoT linked gadgets shortly?

Large IT firms are planning to create a uniform Blockchain system to safeguard data from linked devices. But that’s only one part of security. Firms who make IoT-based and linked gadgets must also adapt to using Blockchain technologies, as a Blockchain system is pointless if no companies use it.

So smaller firms who create connected gadgets must employ this technology to protect their users’ data. It is difficult since many smaller IT businesses have limited funding or manufacture in third-world nations. Governments will need to create laws and regulations to guarantee all IT businesses use blockchain for safety and security.

However, if you use a trading app, such as https://bitcoin-buyer.io/ , your prep time for trading can decrease considerably, allowing you to organize yourself better.

How to Save a Picture From Google Using Drag & Drop Method